Escape from Britain: Heathrow’s departure lounges are PACKED at 6am as thousands wait to jet out of UK before second lockdown descends

London Heathrow Airport was busy this morning with travellers rushing to leave Britain on last-minute flights before the new national lockdown comes in place tomorrow.

Photographs showed queues at Terminal Five as early as 6am as expats escape the UK, with travel experts saying elderly tourists and people who can work from home are also looking to get out before the new restrictions.

Bookings have boomed after the government announced holidays in England and abroad would be banned from November 5 until December 2. Foreign nationals entering the UK are allowed provided they follow lockdown rules. 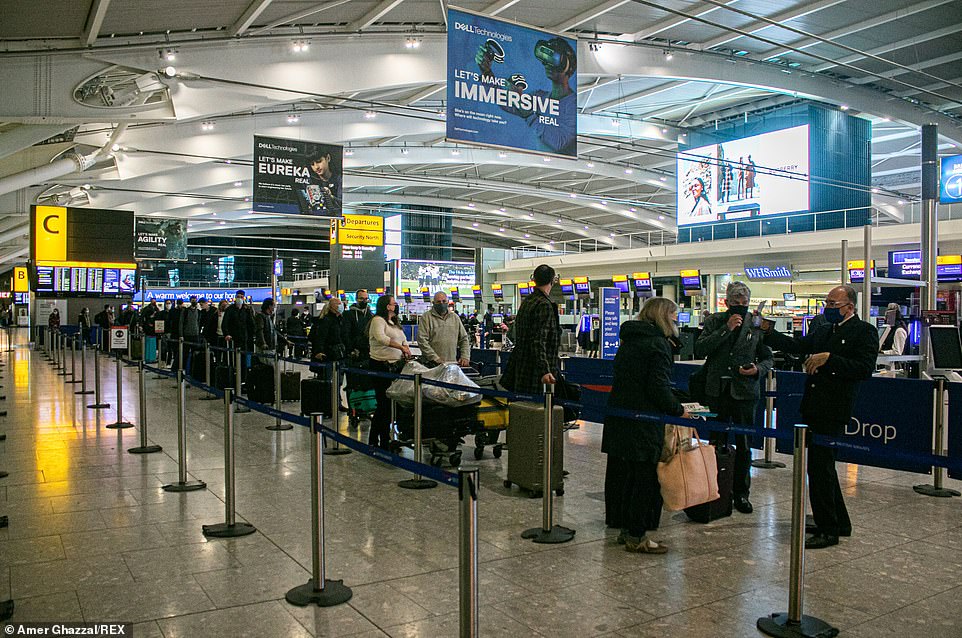 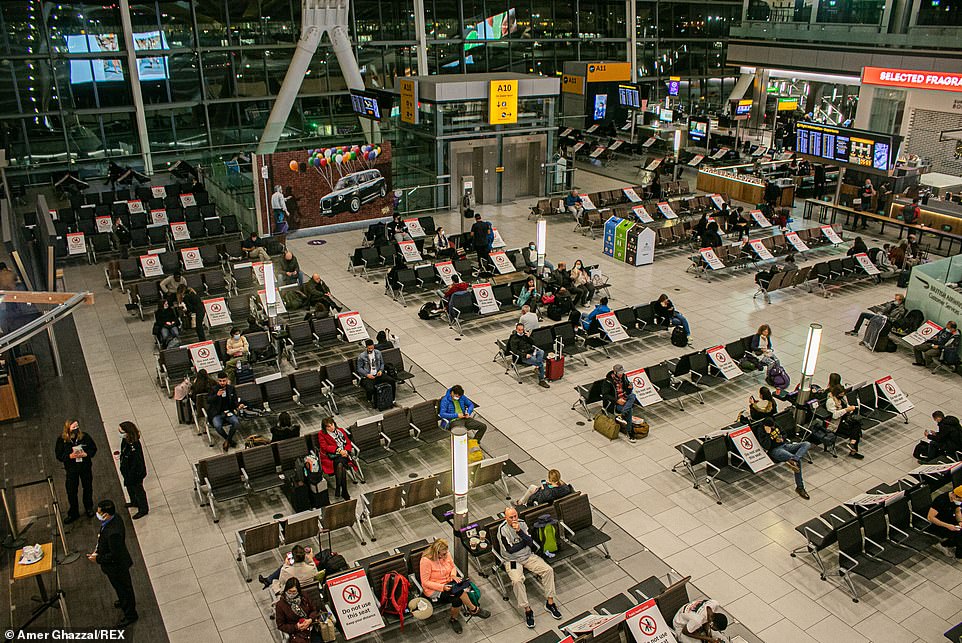 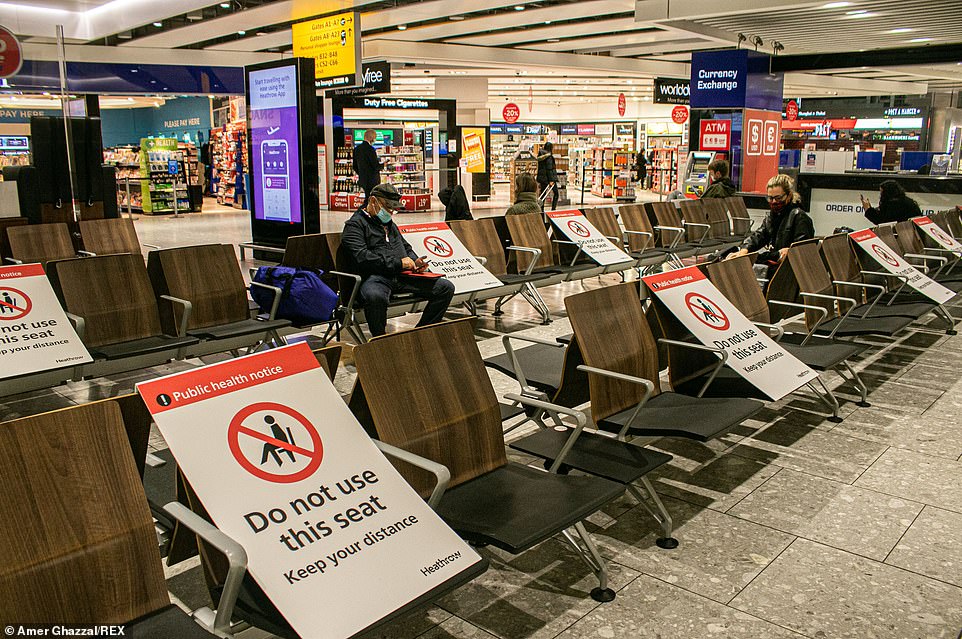 It comes as holidaymakers face another month of chaos under new lockdown laws that will ban most travel from tomorrow, less than a week after restrictions were lifted on several holiday destinations, including the Maldives.

Bookings to the islands soared by 469 per cent after the Government said Britons would no longer have to self-isolate after returning, but hopes of winter sun have now been dashed until after the new lockdown ends.

The Government has not released full details on what trips will be allowed from tomorrow, although travel for work and education should be. If a plane takes off passengers will not be automatically entitled to a cash refund.

On Monday, Ryanair’s chief executive Michael O’Leary, confirmed that if a passenger’s flight was operating they would not be eligible for a refund — but they could move their booking to another date for free. 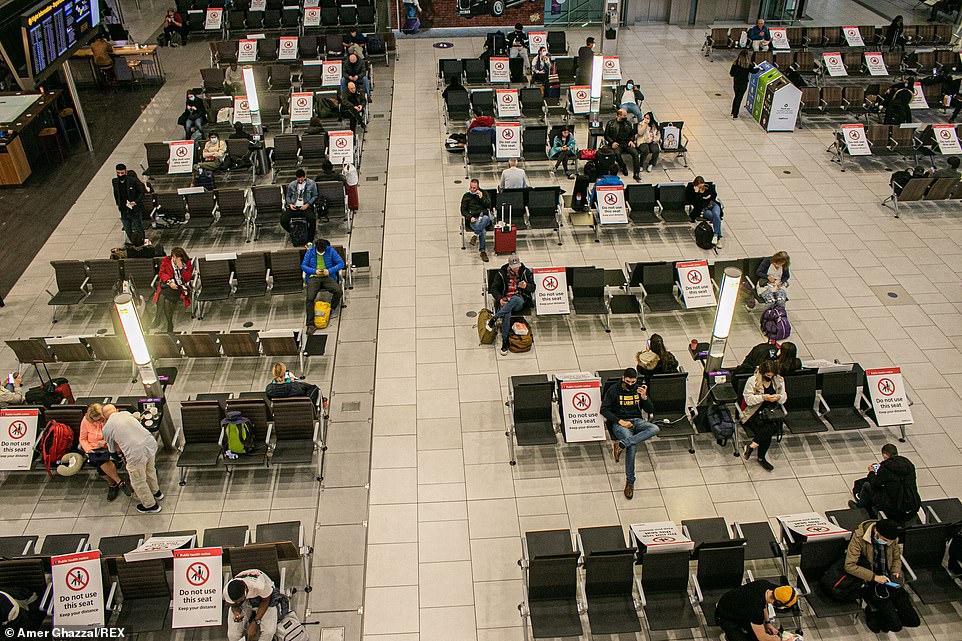 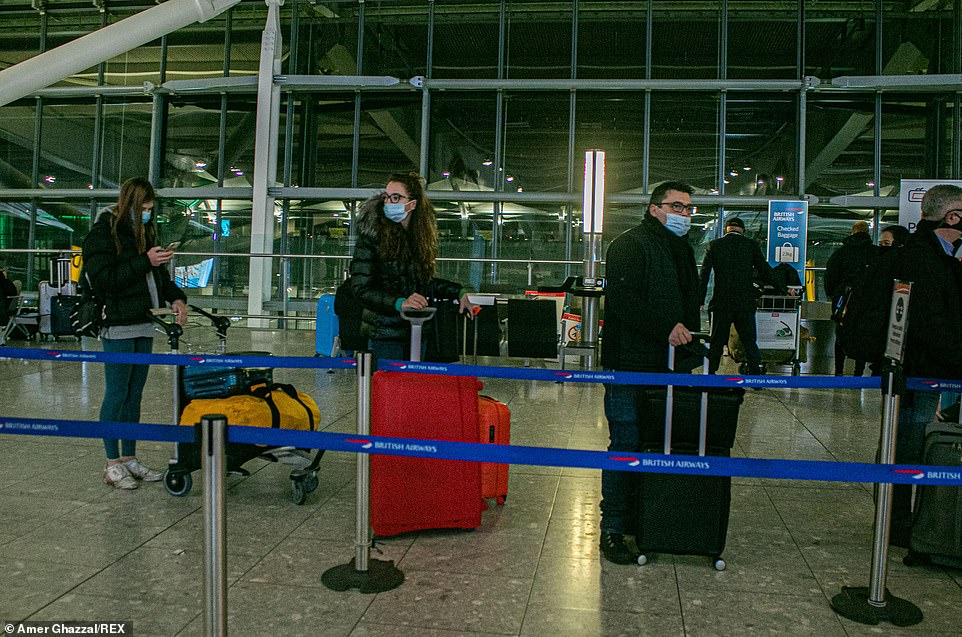 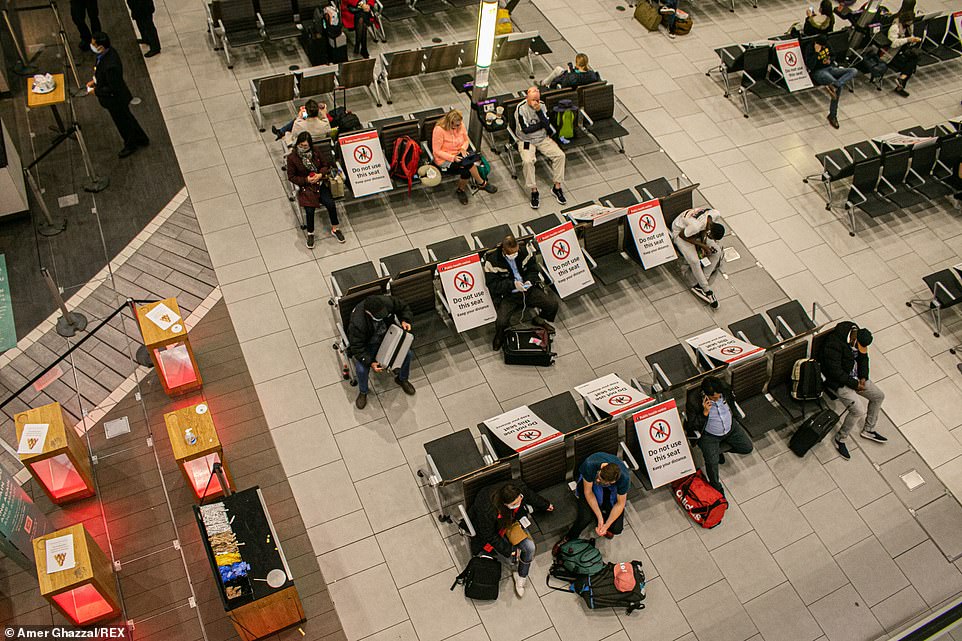 British Airways says passengers can change their flights for another date in the next 12 months without incurring a booking fee, or take a voucher valid until April 30, 2022.

Virgin Atlantic customers due to fly before September 2021 can book a new departure date up to December 31, 2022, fee-free. TUI says all customers flying from England and Wales over lockdown will get an automatic refund.

Those flying from Scotland can amend their bookings for free up to 21 days before departure. However, those who do reschedule a trip with an airline face having to pay more if their new booking is more expensive.

Meanwhile, Heathrow has launched a legal challenge against the decision to end duty-free bargains on perfume, clothing and electronics – arguing the move will cost the country billions. 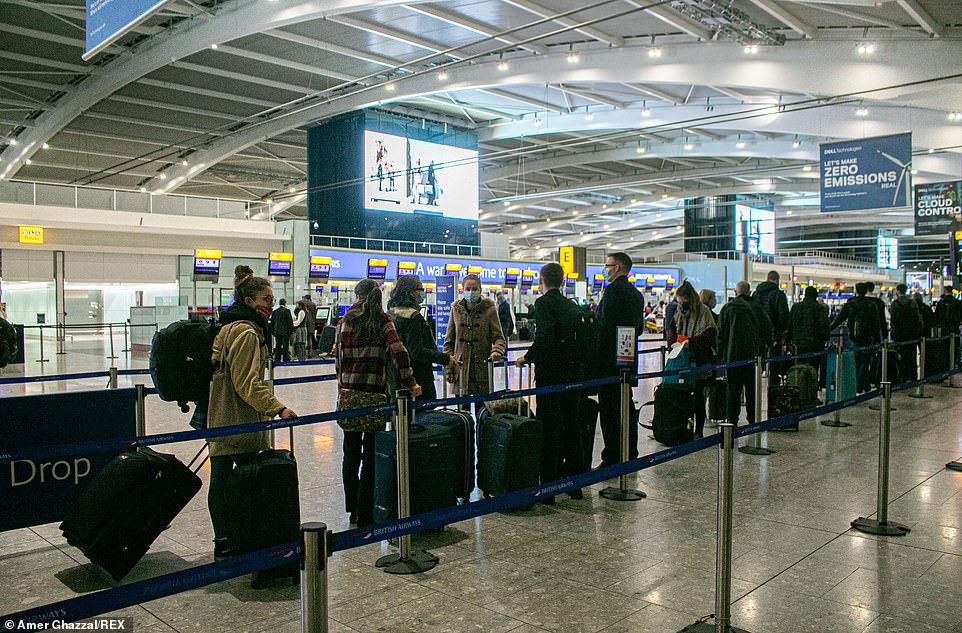 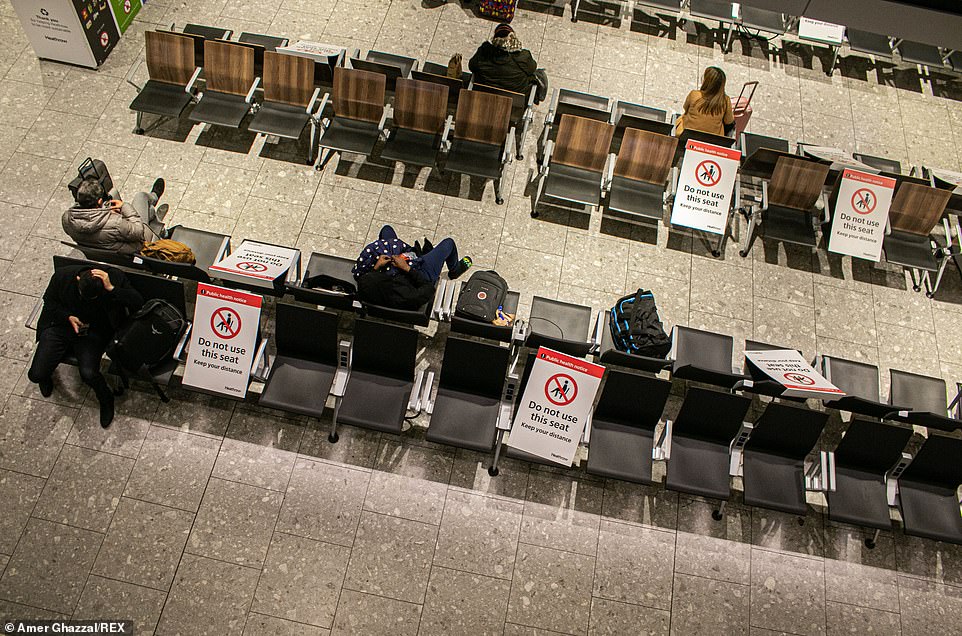 They add that it will intensify the crisis facing the battered aviation and retail industries. The Treasury has said that, as of January 1, tax savings on goods bought by outbound holidaymakers and business travellers will apply only to alcohol and tobacco.

Ministers are also abolishing the VAT rebate scheme for tourists as part of the move. The planned changes will leave the UK as the only country in the developed world to not offer tax-free shopping to travellers.

The bosses of WHSmith, Boots, Fortnum & Mason and Dixons are among business chiefs opposing the plans, warning it will trigger a £10billion reduction in spending in shops.

And the abolition of the VAT rebate scheme is expected to cost the Exchequer £2billion in lost tax revenue. Heathrow has now launched a Judicial Review of the Chancellor’s decision – the first time it has embarked on a legal challenge against the Government.

** Are you fleeing Britain before the lockdown comes in? Please send your pictures to: tips@dailymail.com **