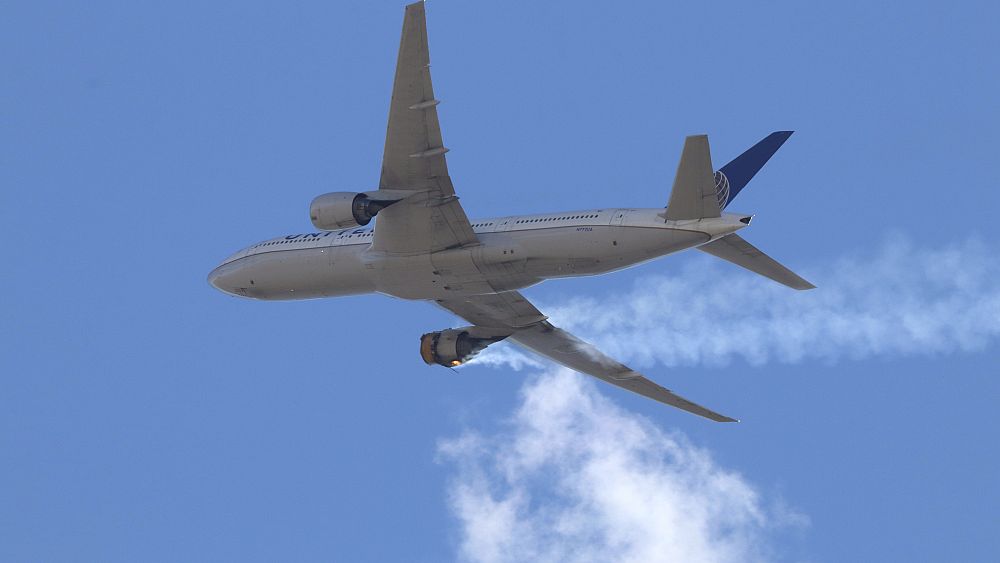 The United Kingdom will temporarily ban Boeing 777 planes with the same engine that blew apart in the US over the weekend, transport secretary Grant Shapps said.

The engine, designed by Pratt and Whitney, failed shortly after United Airlines flight 328 took off from Denver, Colorado, forcing pilots to make an emergency landing on Sunday.

Debris fell on suburban neighbourhoods near Denver after the engine broke apart in the sky but authorities said the 231 passengers and 10 crew members on board were safely back on the ground with no injuries.

Passengers and social media users shared videos that appeared to show the engine on fire shortly after the takeoff.

Passengers said it felt like something had exploded shortly after they reached cruising altitude.

US federal aviation regulators have since ordered United Airlines to inspect all Boeing 777 flights equipped with the same type of engine, a decision that Boeing said it agreed with.

Japan Airlines and All Nippon Airways will stop operating a combined 32 planes with that engine, Nikkei reported.

Meanwhile, a separate incident on Saturday injured two in the Netherlands after a Boeing 747 aircraft suffered an engine fire and scattered debris near Maastricht.