Britain woke up to a widespread frost today amid the prospect of blizzard conditions, strong winds and up to half a foot of snow after temperatures fell to -8C overnight.

A band of heavy rain moved east across the UK this morning, before it is set to turn wintry over the Pennines, Lake District and North York Moors – with snow forecast from Derbyshire and Staffordshire northwards.

‘Thundersnow’ – a thunderstorm that produces snow instead of rain – is also possible, caused by the temperature difference between the cold front reaching the ground that has been warmed by unseasonable conditions.

The Met Office has issued two weather warnings for snow with one running between 10am and 4pm today and another from 8pm overnight until 11am tomorrow, covering most of Scotland and northern England.

Forecasters said many places will see one to two hours of snow – longer over higher ground – and warned of ‘difficult travel conditions’ with slushy accumulations then freezing and causing icy patches on roads. 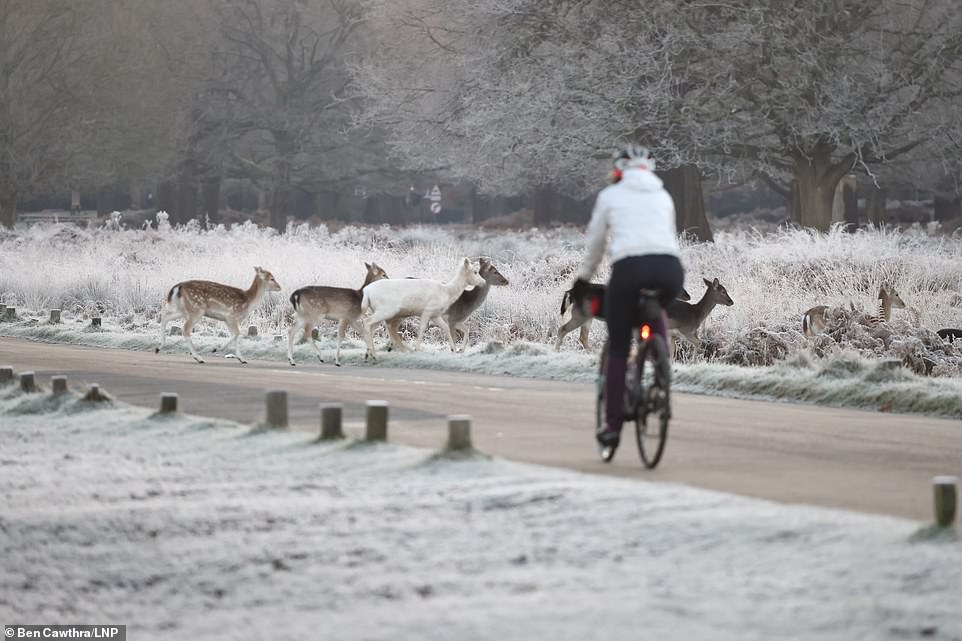 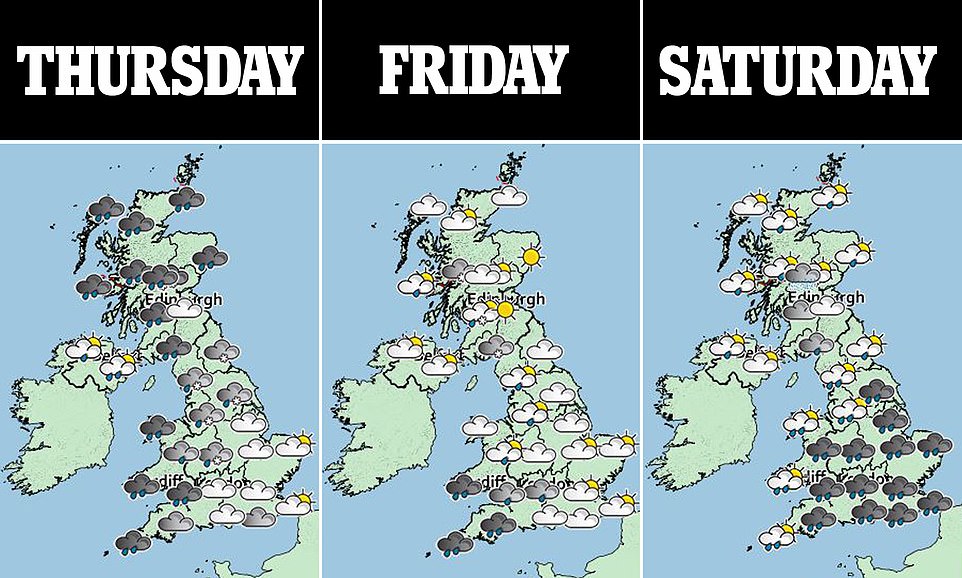 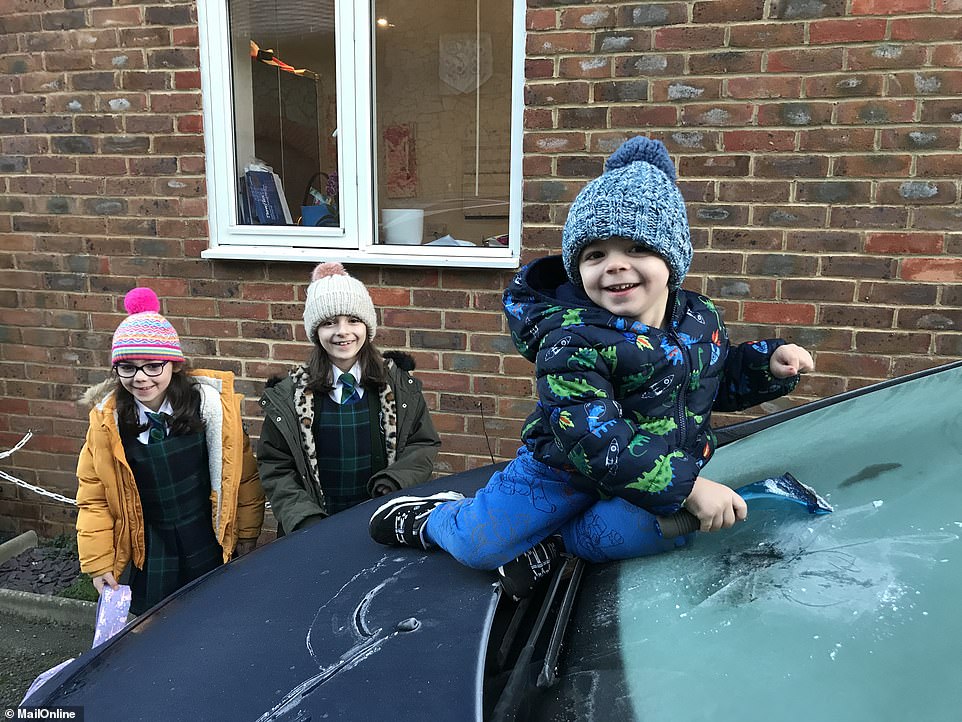 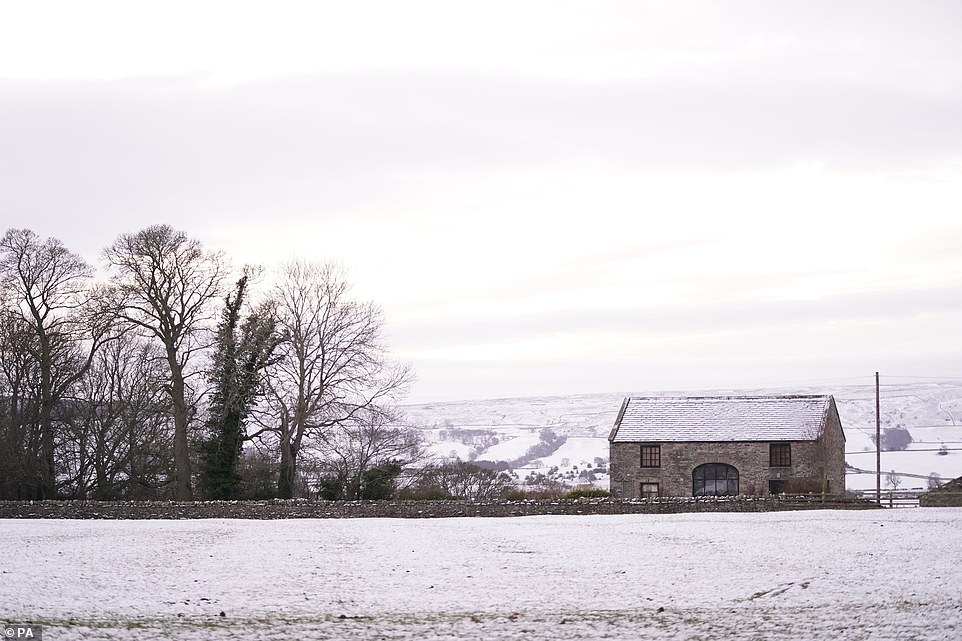 Snow on the ground at daybreak near Leyburn in Wensleydale, North Yorkshire, this morning 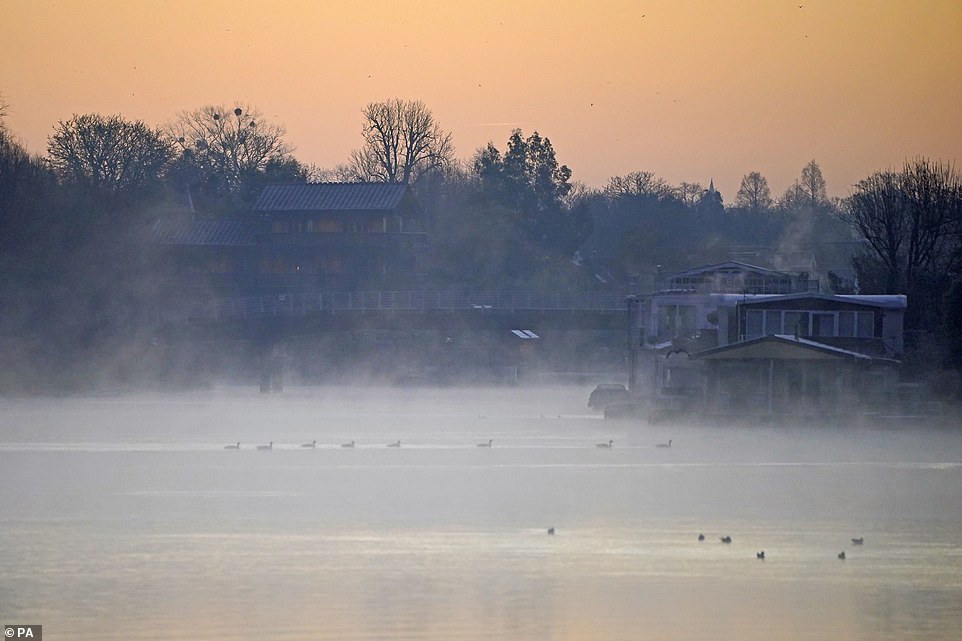 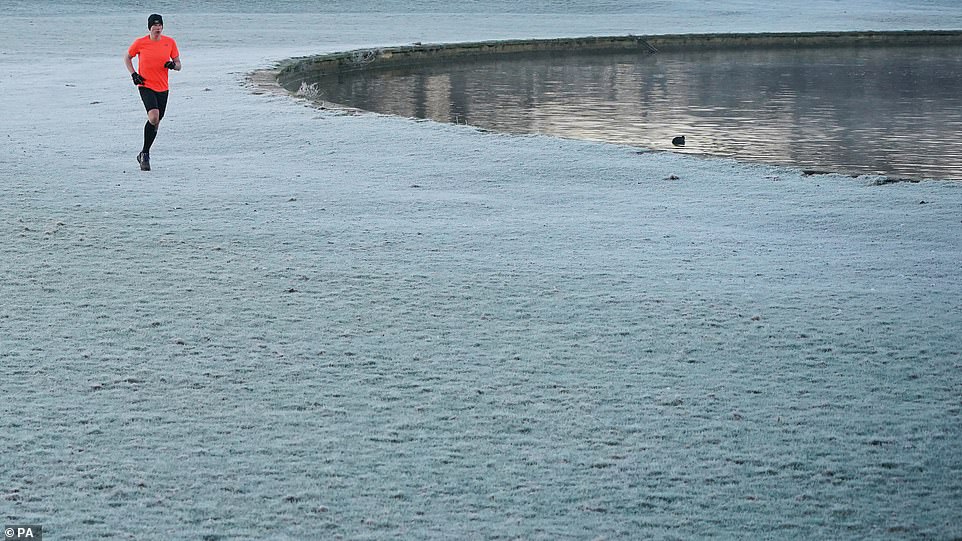 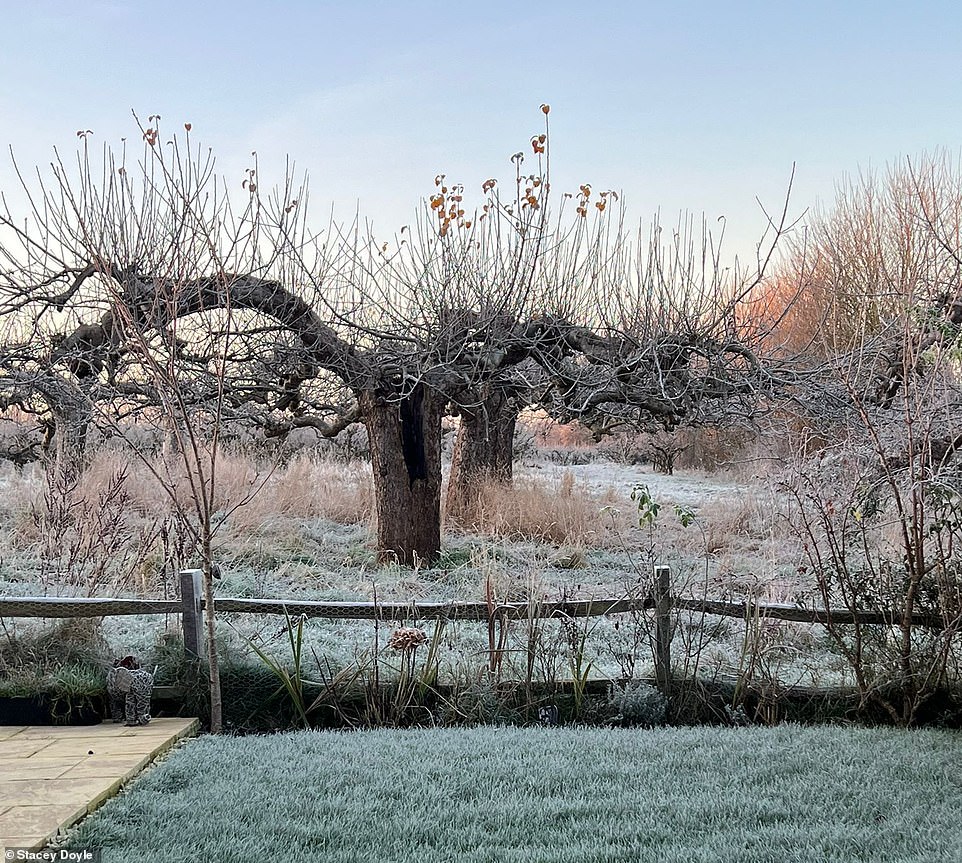 A frosty morning in Marden, Kent, today after temperatures plunged across the country overnight 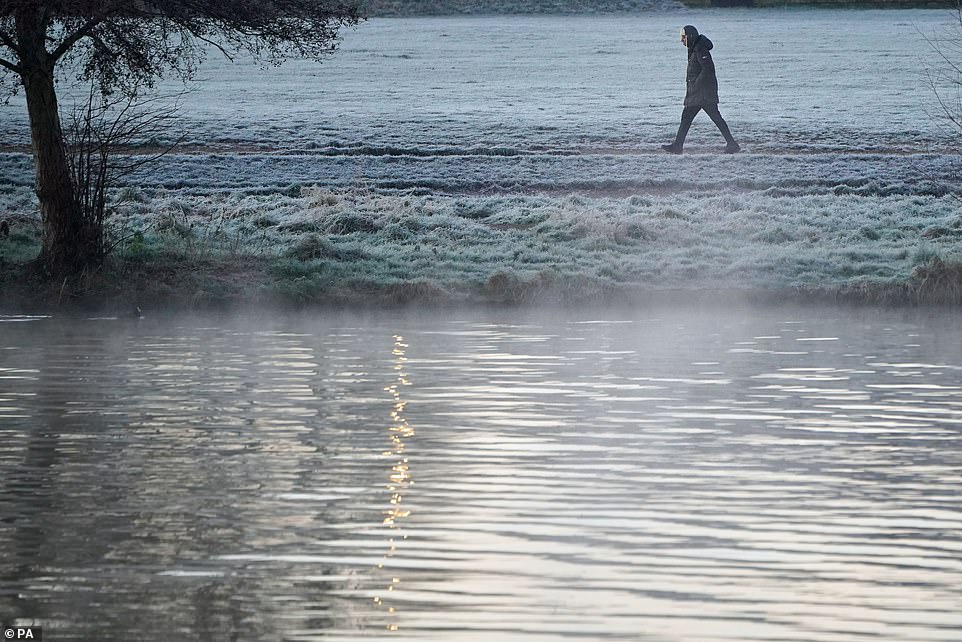 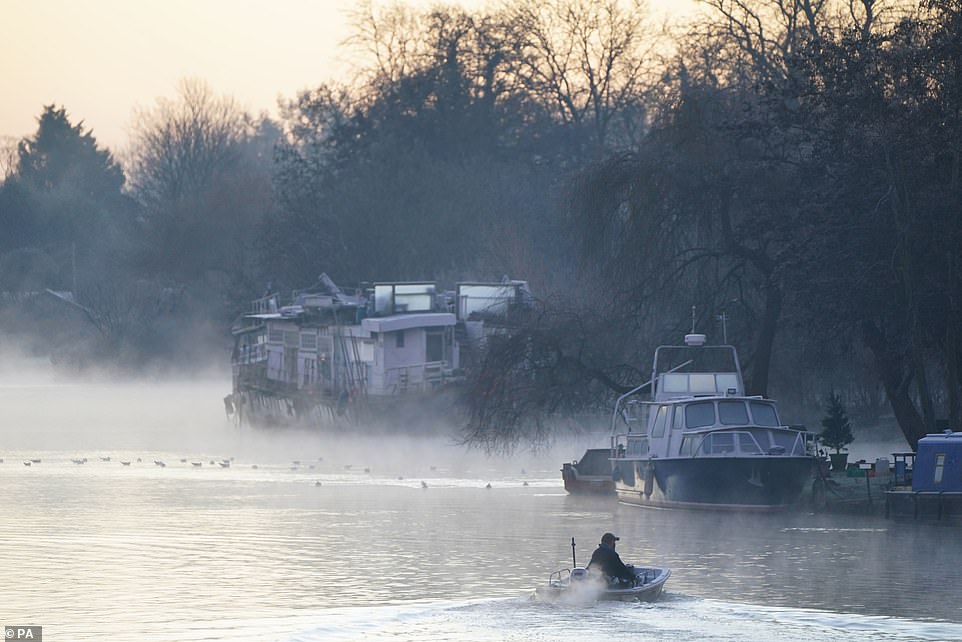 For lower levels, the Met Office said: ‘Falling snow may cause some temporary slushy accumulations which then may freeze and cause dangerous, icy patches where skies remain clear for long enough.

Thunder and lightning are more usually associated with warmer climates but under certain conditions they can occur in cold ones too.

As it rises, the moisture condenses to form clouds, which are jostled by internal turbulence. Lightning is caused by this rubbing of the clouds against each other – thunder is the sound of lightning but as sound moves more slowly than light we hear it later.

The tricky part for thundersnow is creating that atmospheric instability in the winter. When it is cold, and particularly in air conducive to snowfall, the lower atmosphere is dry, cold and very stable.

For thundersnow to occur there needs to be a precise set of circumstances – the air layer closer to the ground has to be warmer than the layers above, but still cold enough to create snow.

When this happens warm air rises, snow falls and thunder, lightning and snow all occur at the same time.

‘Winds will be gusty around heavier showers and there is also a risk of lightning strikes from isolated thunderstorms in some coastal districts.’

There could also be lightning strikes from isolated thunderstorms in coastal areas.

Met Office spokesman Grahame Madge said places that could experience disruption are those in warning areas at 650ft and above.

Mr Madge said the wintry weather could include ‘thundersnow’ – a thunderstorm that produces snow instead of rain.

This is caused by the temperature difference between the cold front arriving from the west reaching the ground that has been warmed by unseasonable temperatures.

The weather is set to ease tomorrow morning, leaving a mostly dry and bright day with some sunny spells.

Mr Madge added: ‘We had sub-tropical air in charge last weekend, which gave us a record-breaking New Year. But you have to remember this is winter.

‘We are not expecting huge snowfall but there is the potential for significant accumulations in some places.’

Forecasters expect this morning to begin with a bone-chilling low of -12C (10F) around Aviemore in Inverness-shire.

Mr Madge continued: ‘Into Thursday morning, temperatures will drop to freezing almost everywhere and we may see places like Aviemore and sheltered glens falling to -10C (14F) or -12C (10F).

‘The snow is being caused by a weather front coming in from the west, bringing moisture-laden air and very strong winds.

‘As this moisture bumps into cold air over Scotland, it will trigger snowfall.’

The Met Office forecasts milder conditions going into the weekend. 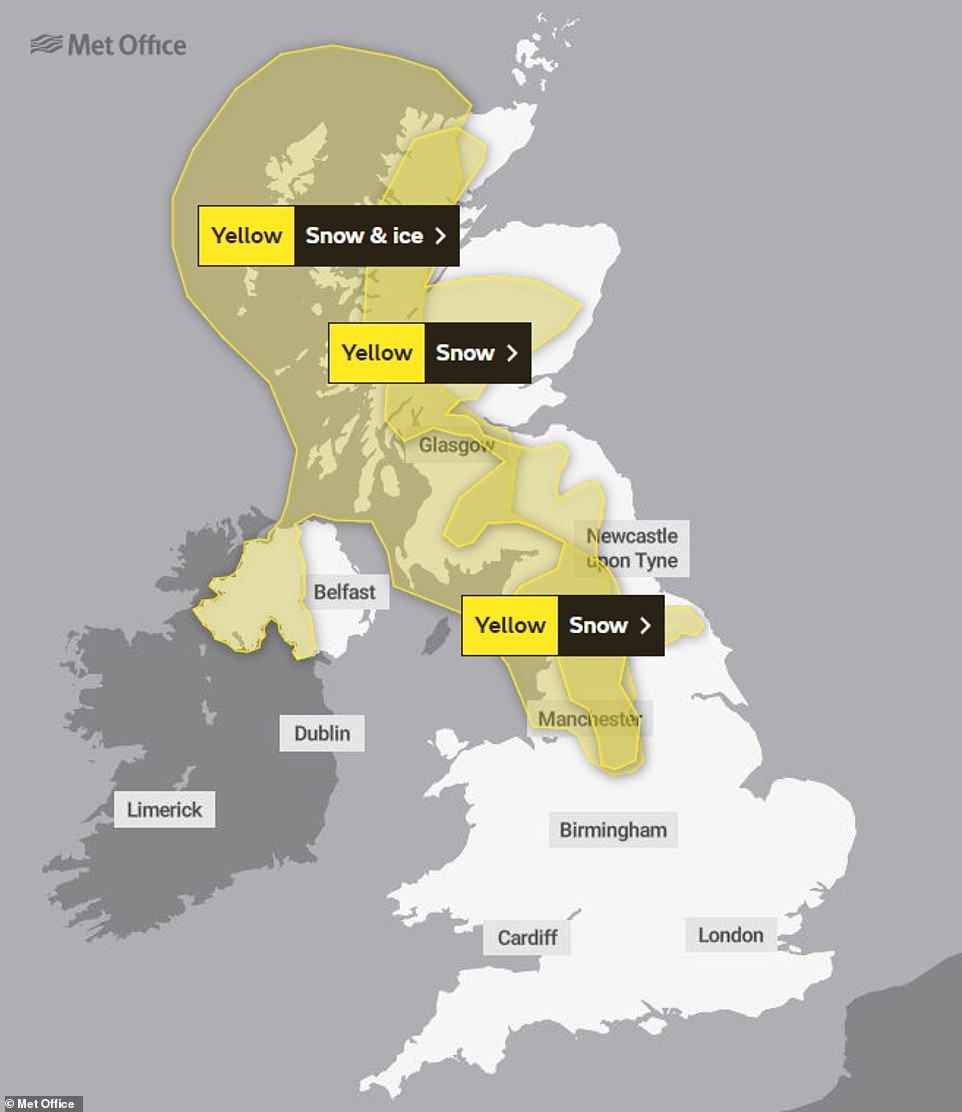 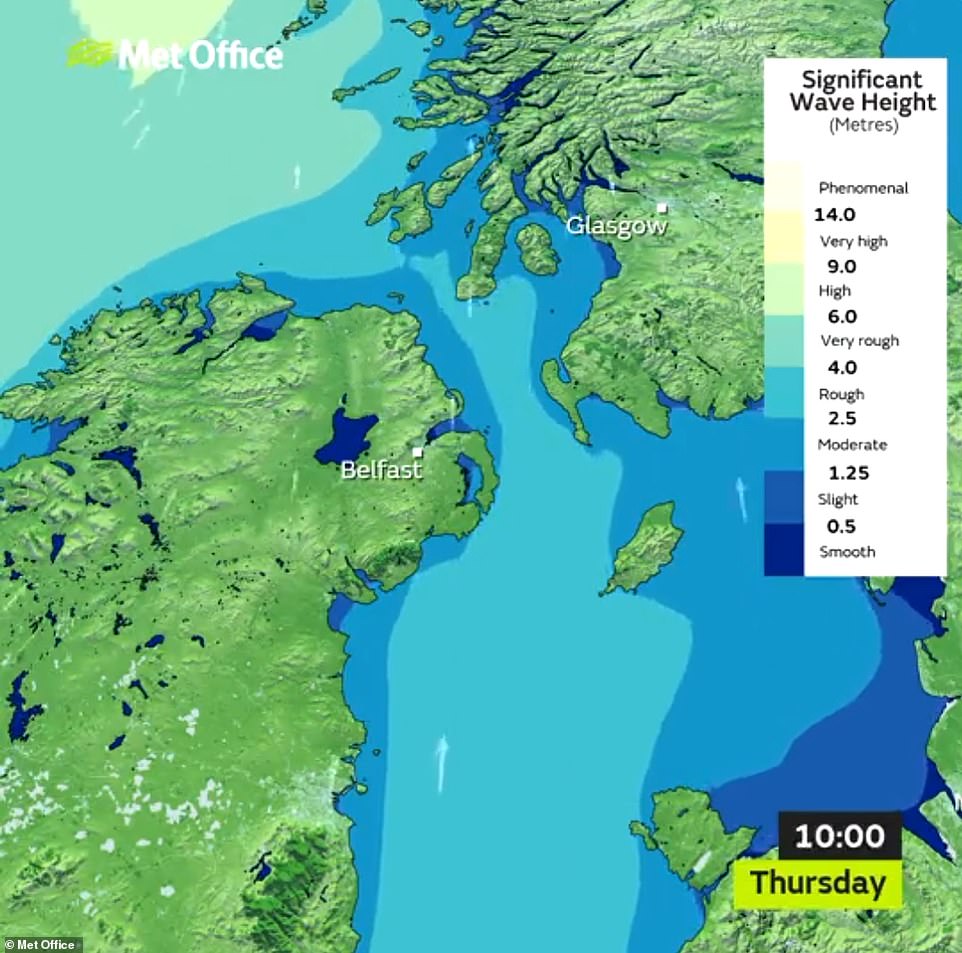 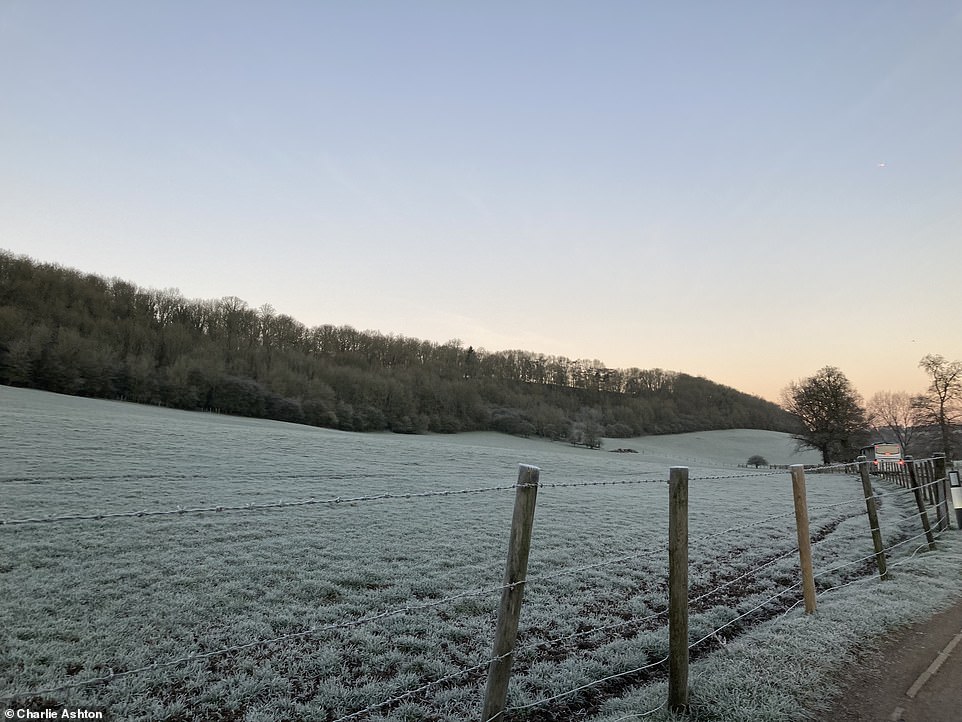 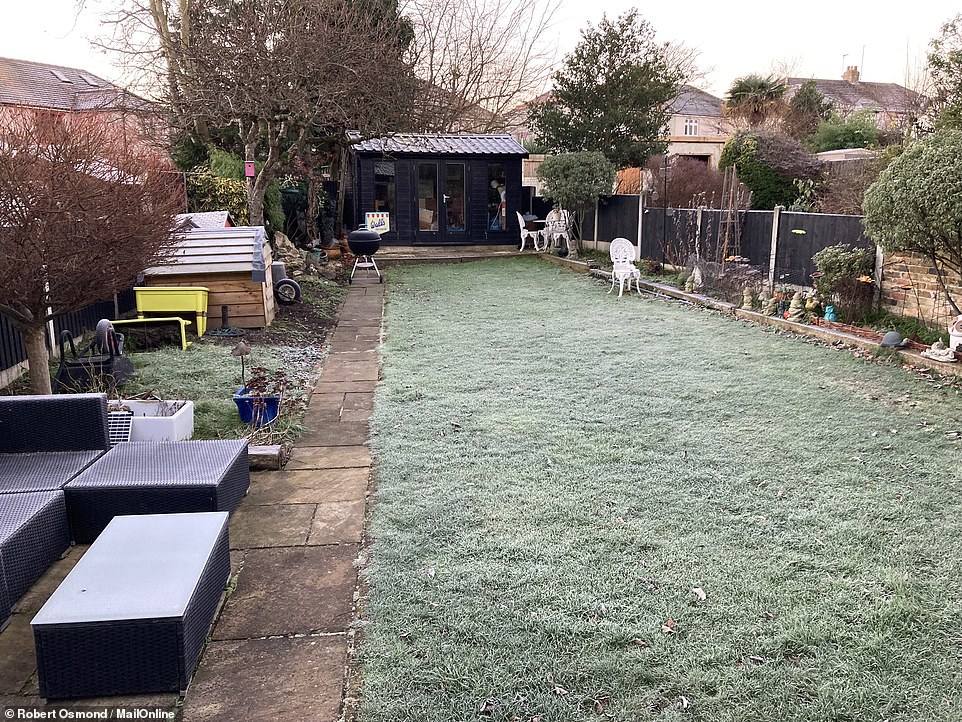 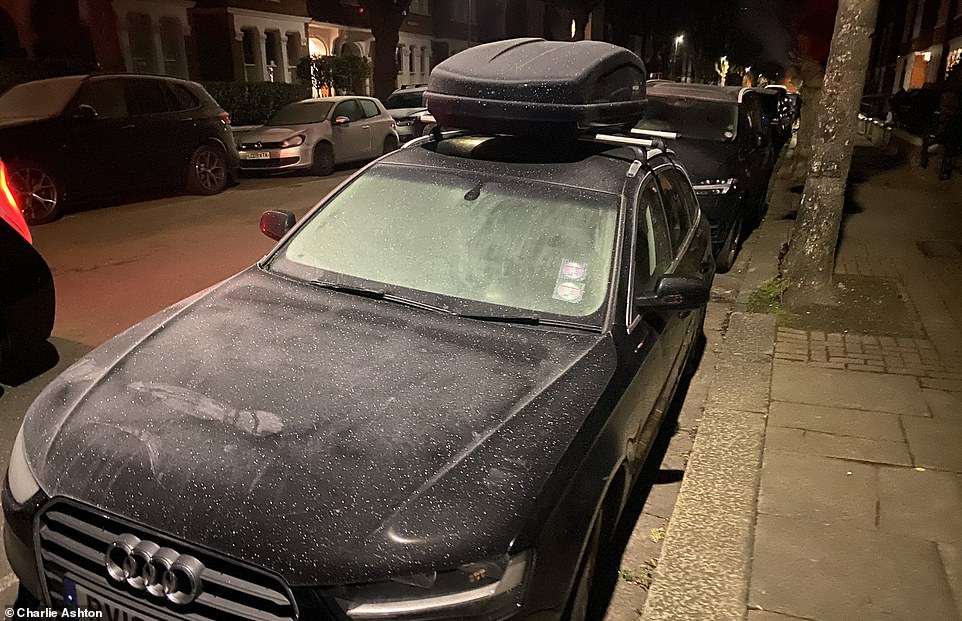 Mr Madge said: ‘Friday into Saturday we have got another frontal system moving across the UK. That’s more likely to deliver rain more widely.

‘By Saturday and into the weekend any wintry showers are likely to be just over the higher tops and fells.’

And that came after the country’s mildest New Year’s Eve on record last Friday when Merryfield in Somerset reached 15.8C (60.4F), beating the previous high of 14.8C (58.6F) set in 2011 at Colwyn Bay in North Wales.

NBA: Pushing and smacking! The unloving gifts of Reyes de Nurkic and Herro in the fight of the night in the NBA

Aave seeks to attract institutions to DeFi with Aave Arc 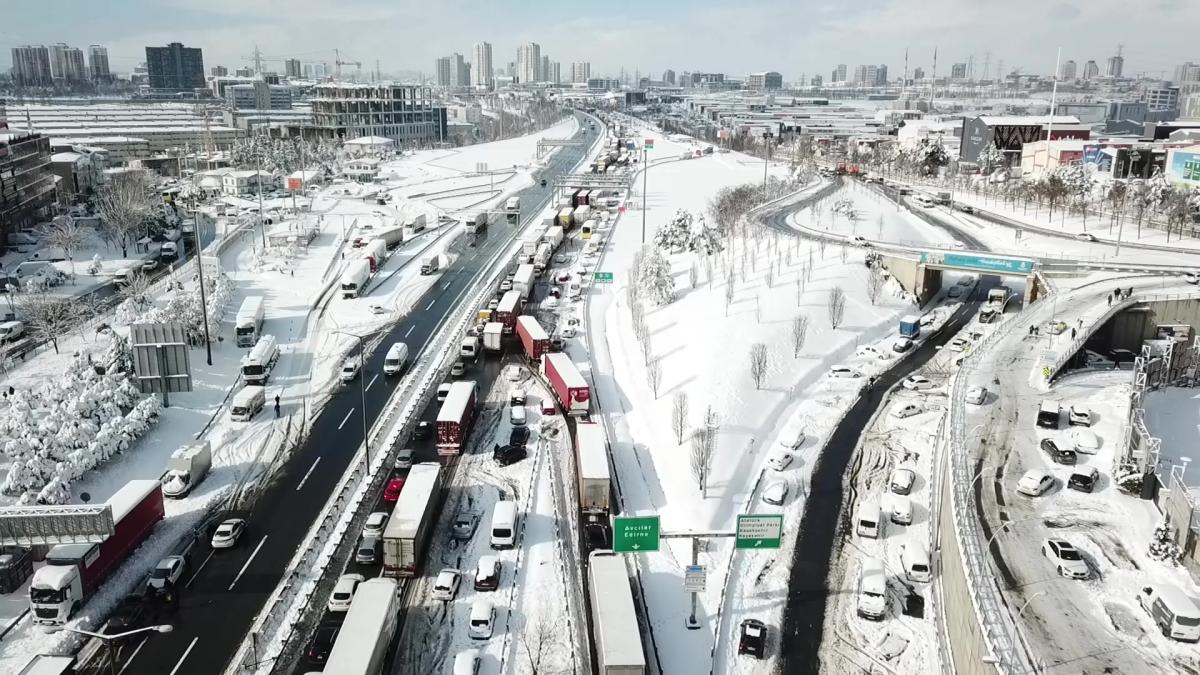 Aave seeks to attract institutions to DeFi with Aave Arc

Learn about the best and worst foods for the liver

‘Spider-Man’ Comes Back Swinging, Takes No. 1 From ‘Scream’

How does inflation in the US affect the region and the rest of the world?