UK woman, 44, ‘floored’ by Covid tells deniers not to be ‘fooled’

A mother-of-two who was ‘completely floored’ by Covid over Christmas tells virus deniers not to be fooled after seeing patients die on either side of her in intensive care.

Doctors told Allie Sherlock, 44, had she not been put on a ventilator at Gloucestershire Royal Hospital, she would have died.

During her hospital admission, Allie has seen first-hand the tragic consequences of the virus, and is now begging people to follow Government advice and stay at home. 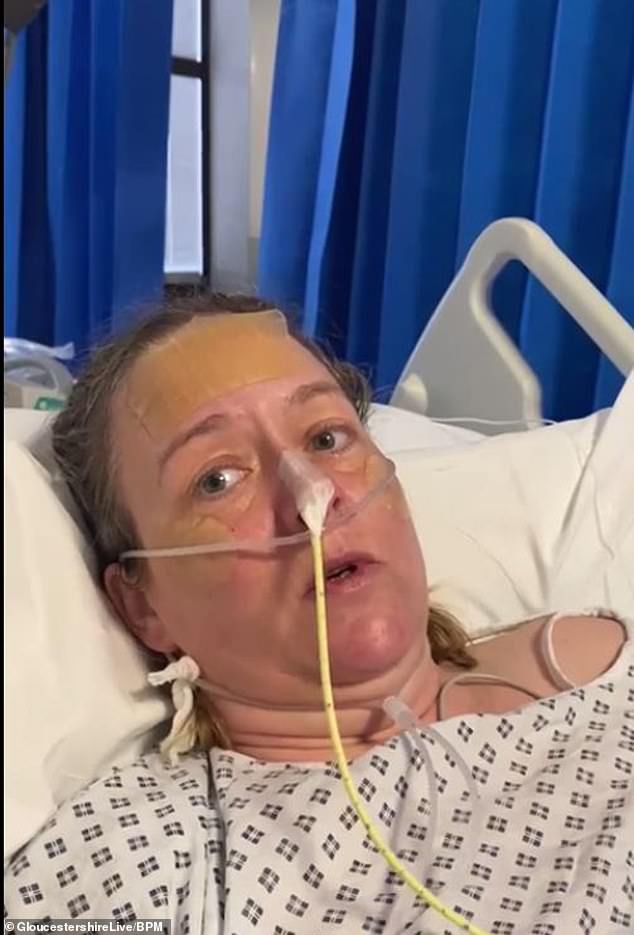 Doctors told Allie Sherlock, 44, had she not been put on a ventilator at Gloucestershire Royal Hospital, she would have died

Her entire family – including her sons aged six eight, her 70-year-old mother and husband with asthma, have all tested positive for Covid.

Before falling ill with the virus, Allie said she had been healthy with a young family, just getting on with her life.

During a moving video, shot from her hospital bed by Dr David Windsor, the lead for Critical Care at Gloucestershire Royal Hospital, she said: ‘It’s been horrendous. My whole family have tested positive.

‘I’ve been very, very unwell. This is very real, this is happening.

‘This has completely floored me. I was told just two days ago that if they didn’t put me on a ventilator, I would die.’

Last week, a woman was arrested after filming the Gloucestershire hospital claiming it was empty.

When quizzed on what she would say to Covid deniers, Allie said: ‘Don’t be fooled, this is happening and this is serious.

‘The NHS will not be able to cope if people do not take this seriously.

‘This is so important, keep your distance, stay at home, protect your loved ones.

‘Please, please follow the rules. This is not propaganda by the Government, this is happening to everyday people. 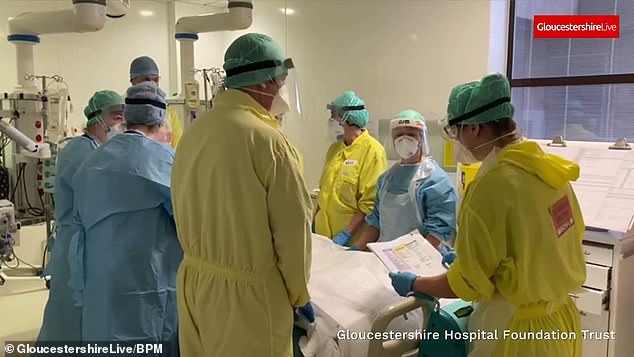 During her hospital admission, Allie has seen first-hand the tragic consequences of the virus, and is now begging people to follow Government advice and stay at home

‘I have seen two people die in beds either side of me while I’ve been in this hospital, and not elderly people either. People with families, children.’

Allie’s comments come after Boris Johnson last night told Covid deniers to ‘grow up’, while NHS boss Sir Simon Stevens slammed their ‘lies’ about hospitals being empty – saying the ‘nonsense’ could kill people and ‘nothing is more demoralising’ to medics.

Speaking together at a Downing Street press conference, the PM and Sir Simon Stevens said downplaying the seriousness of Covid was an ‘insult’ to frontline workers.

Mr Johnson said: ‘The kind of people who stand outside of hospitals and say ‘Covid is a hoax’ and this kind of stuff, I do think they need to grow up.

‘You heard eloquently from the head of NHS England the pressure the NHS is under, and we’ve all got to do our bit responsibly to protect it.

‘For the vast majority of the country, that means making sure we stay at home and protect the NHS. For people who are getting invited to get a vaccine; go and get the jab.’

Asked what he would say to people who do not believe Covid is real or think warnings about how busy the NHS is are not true, Sir Simon added: ‘Let’s just be completely straightforward about it – when people say that it is a lie.’

He added: ‘There is nothing more demoralising than having that kind of nonsense spouted when it is most obviously untrue.’ 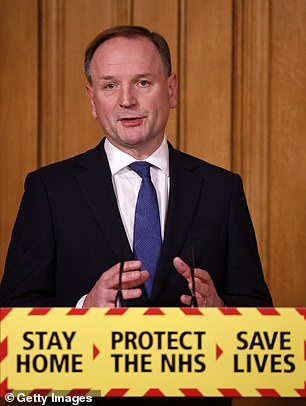 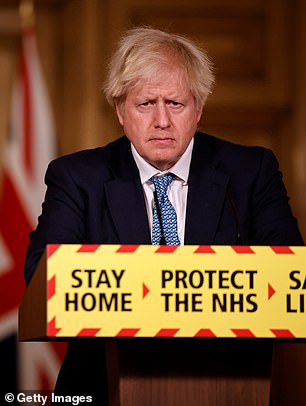 Throughout her two-week hospital admission, Allie has been hooked up to feeding and breathing tubes, and also has to wear a ‘suction mask’ to help her lungs.

Coronavirus hospital admissions in Gloucestershire have now soared to 60 per cent higher than the first wave, and it’s feared numbers will continue to spike in the coming weeks.

Deborah Lee, Chief Executive of Gloucestershire Hospitals NHS Foundation Trust, said there were currently 228 patients being treated for covid in Gloucestershire Royal Hospital, compared to 140 during the peak of the first wave in March.

Dr Windsor, who shot the footage from inside the ITU ward, admitted staff were finding it hard going, his team work in full PEE with the sickest 5% of patients in the entire hospital.

He said: ‘Right from the front door it is busier than it has been for long time, the same for the wards and the same for us in critical care.

‘It is really hard, it is really tough not least because this has been going on for nearly a year. This current surge is 14-15 weeks.

‘Everyone is pretty tired and it is getting really difficult to pick people up and come in and do the same again. We can see community numbers rising and that is a real concern for us.’

This week in pictures: Trump supporters in Capitol, snow record in Spain, waste islands in Bosnia

How a penny can save your spoiled bottle of wine