By Chris Pleasance for MailOnline and Afp

Ukraine says it has dismantled a group of Russian-backed saboteurs who were planning attacks in border regions with the aim of ‘destabilising’ the country.

Raids were carried out on the gang in Kharkiv, an eastern Ukrainian city just 20 miles from the Russian border, and Zhytomyr, western Ukraine, on Tuesday.

It comes amid a build-up of Russian troops near Ukraine, with the US warning Moscow may launch ‘false flag’ attacks in border regions to justify an invasion. 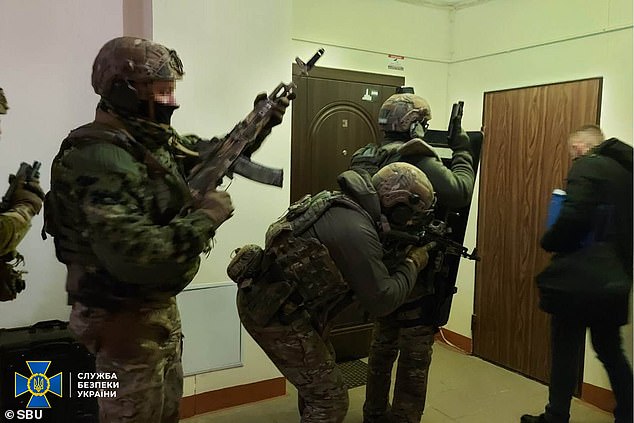 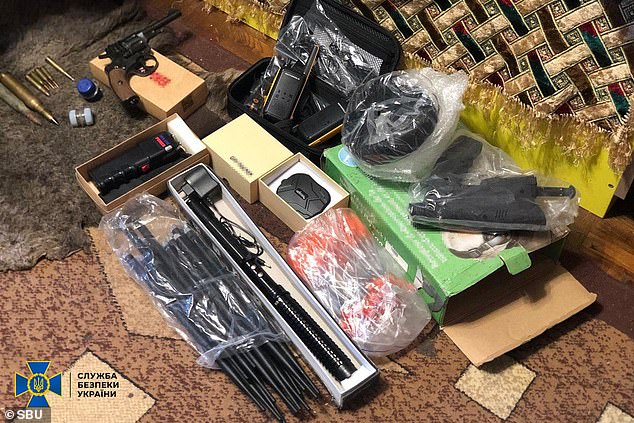 Guns, ammunition, a bomb, radio frequency jammers and other equipment was seized by agents in the raids on Tuesday

Ukrainian agents say the gang were planning a series of robberies against ‘urban infrastructure’, including ‘commercial’ properties.

The gang was allegedly organised by two men, one with Russian citizenship, who recruited other criminals using the guise of a security company.

Raids on Tuesday targeted properties belong to both the alleged organisers, with police saying they found a bomb, guns and ammunition.

Also uncovered were devices to disrupt radio communications, plans detailing the robberies, and walkie talkies to be used for communication, it is alleged.

Computers and other electronic devices were also seized with ‘evidence of criminal activity’ on them, the SBU said. 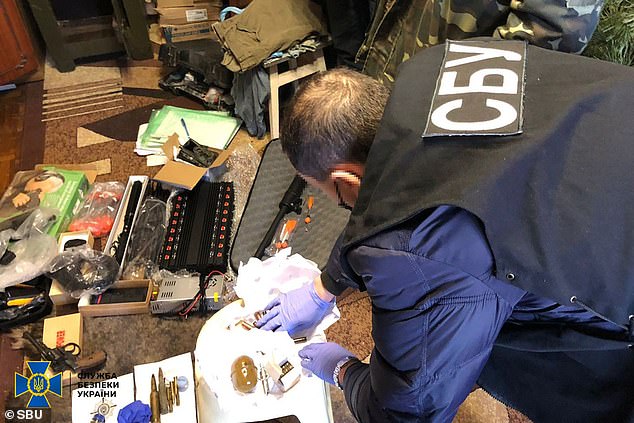 Ukraine says the criminal group, operating under the guise of a security company, was being coordinated by Russian special services 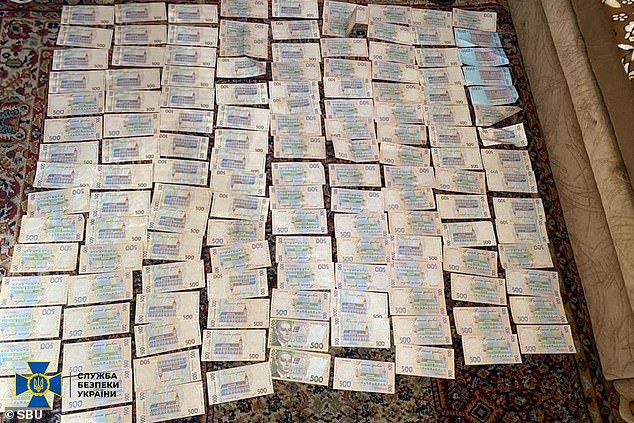 Large amounts of cash, mostly in the local hryvnia notes and US dollars, was also seized