Ukraine have been forced to turn to their assistant head coach in a bid to solve their goalkeeping crisis ahead of their friendly against France.

Andriy Shevchenko has been left with just one fit shot-stopper in the form of Dynamo Kiev’s Georgiy Bushchan, after three others all tested positive for Covid-19.

As a result, 45-year-old Oleksandr Shovkovskiy, who last played for his country in 2012, is set to take his place on the bench to face the world champions. 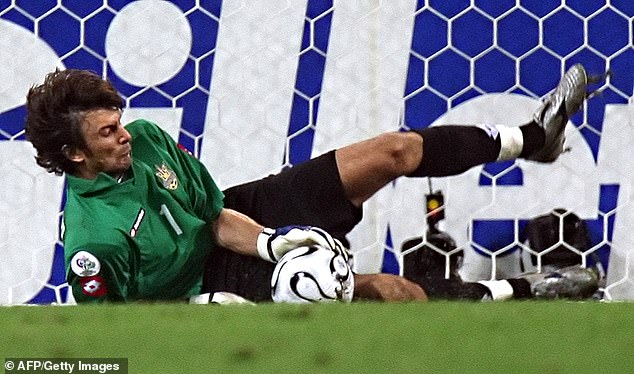 Oleksandr Shovkovskiy retired from football in 2016, having made 92 appearances for Ukraine

Confirming the news in a statement on their official website, the country’s football association said: ‘Due to the fact that there is only one healthy goalkeeper left in the national team of Ukraine, the coaching staff of the blue-yellows decided to include in the application for a friendly game with France the assistant head coach Oleksandr Shovkovsky.

‘Note that the UEFA regulations allow to include in the list of participants of the match, including players who do not have a professional contract with any club, but are citizens of the country represented by the team.’

The statement went on to confirm that they do not intend for Shovkovskiy, who retired from the game in 2016, to take to the pitch, saying he will only do so should Bushchan record a positive coronavirus test, or get injured during the match. 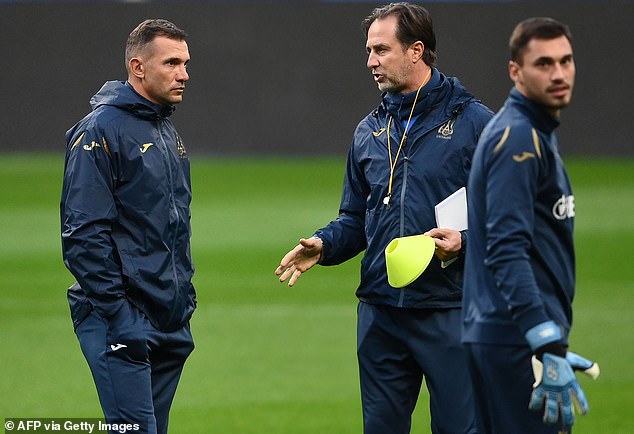 The results of the most recent round of testing for Ukraine players are expected by 2pm.

The decision comes after two of the three goalkeepers selected for national team duty tested positive for the virus earlier this week.

First-choice keeper Andriy Pyatov was not named in Shevchenko’s squad having already contracted the virus.

Shovkovskiy played 92 times for his country between 1994 and 2012, having a starring role in Ukraine’s run to the World Cup quarter-finals in 2006.

He retired in 2016, having made 645 appearances for Dynamo Kiev, lifting the Ukranian title on 14 occasions with the capital outfit.

NBA draft 2020 live tracker: Keep up with first-round analysis for each pick