Ulrika Jonsson has hit out at those who criticised her for sharing a naked selfie, including her own kids, as she claimed ‘my body, my rules.’

On Tuesday, the TV presenter, 53, shared a bold naked selfie hours after TV host John Leslie was found not guilty of sexually assaulting a woman at a Christmas party in 2008.

Detailing her decision to post the snap in her column for The Sun on Thursday, she said: ‘It was neither pre-planned nor especially well thought out. And it seems to have touched a nerve because the response was considerable.’ 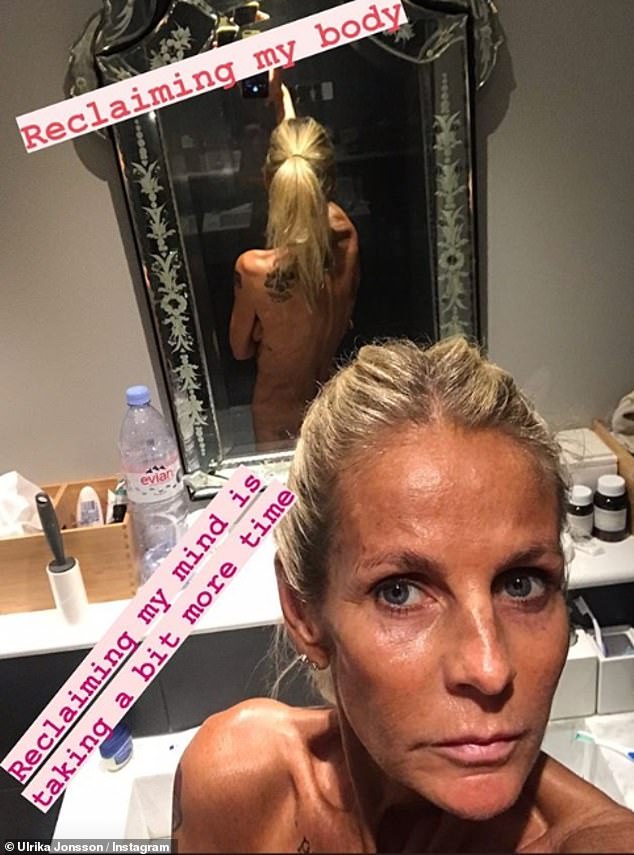 ‘My body, my rules’: Ulrika Jonsson hit out at those criticising her decision to share THAT naked selfie (including her own children!) as she detailed her desire to ‘own’ her body on Thursday

Ulrika explained that she didn’t post a more ‘explicit’ or ‘outrageous’ naked snap for the sake her children, though she was quick to point out that she didn’t care if they were concerned about the photo.

Addressing her four children, Cameron, 26, Bo, 20, Martha, 16, and Malcom, 12, she went on: ‘For the record, children, I honestly don’t care much for your embarrassment. My body, my rules.

‘The intention behind the post was not to offend, outrage, challenge or disturb. It was a note to myself – a reminder that for all that my body has endured, I now need to reclaim it and do something I’ve never really done before: Own it.’ 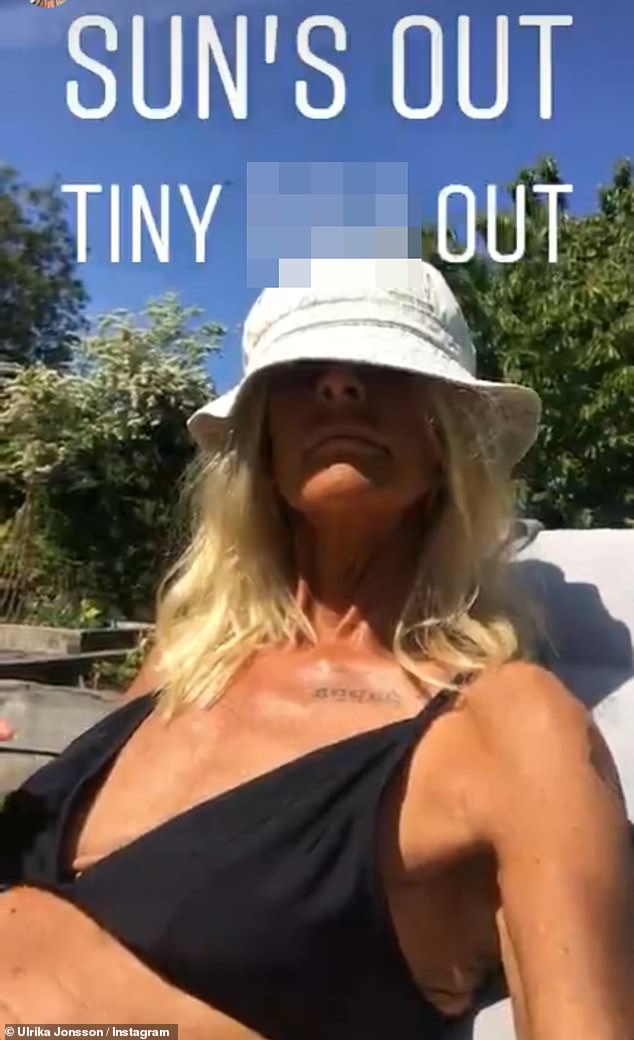 Reasons: Of the post, Ulrika said ‘It was neither pre-planned nor especially well thought out. And it seems to have touched a nerve because the response was considerable’

Ulrika went on to say she felt ‘dispossessed’ when it came to her figure in the past as both puberty and the menopause hit her badly, and she also struggled with what to ‘expect or demand’ when she was intimate with a man.

She admitted to feeling ’embarrassed’ about showing her feelings with a member of the opposite sex and said she often felt she had to allow the man to take the control in a relationship, but now realises she ‘deserved ownership’ of her body.

Going on to discuss being sexually assaulted at the age of 19, Ulrika lamented how at the time it was socially acceptable for a man to force themselves on their wife, meaning she believed she couldn’t stop the assault from happening to her. 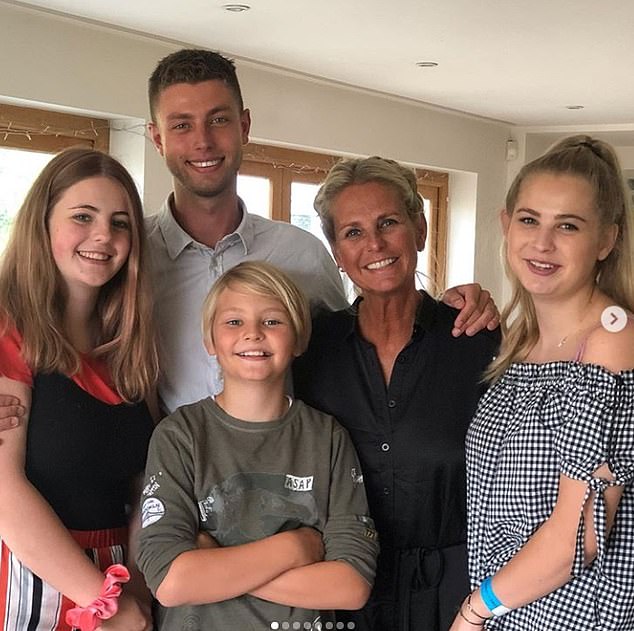 Candid: Addressing her four children, Cameron, Bo, Martha, and Malcom, she went on: ‘For the record, children, I honestly don’t care much for your embarrassment. My body, my rules’

In her naked selfie post, Ulrika wrote that she was ‘reclaiming her body’ but added: ‘reclaiming my mind is taking a bit more time.’

The post came hours after Leslie was cleared and Ulrika did not reference him at all.  He was falsely accused of raping Ulrika in 2002 – although not by the TV star.

Ex Blue Peter presenter John was found not guilty by a jury over claims he grabbed a woman’s breasts at a Christmas party in central London on December 5, 2008. 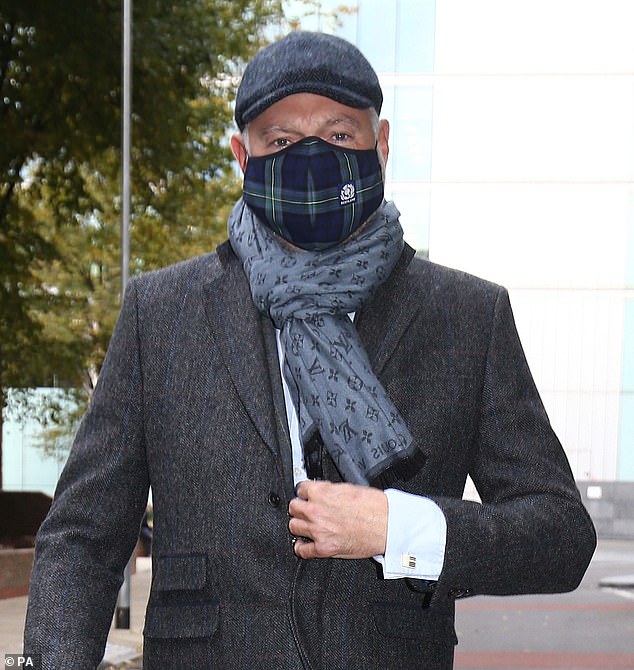 Not guilty: Ulirka shared her post after Blue Peter presenter John was found not guilty by a jury over claims he grabbed a woman’s breasts at a Christmas party in central London in 2008

The woman said she came forward after being ‘inspired’ by the MeToo movement, but Leslie was cleared of sexual assault by a jury of nine men and three women after just 23 minutes deliberation.

Before the trial, Leslie had already been investigated an astonishing number of times over separate sexual assault allegations made to police since 2002, when he was falsely accused of raping Ulrika, who he dated for a few months.

Ulrika has never made any complaint to police. In her 2002 autobiography, Honest, Ulrika revealed she had been date raped by an unnamed TV presenter aged 19, she said she had only met the man one time. 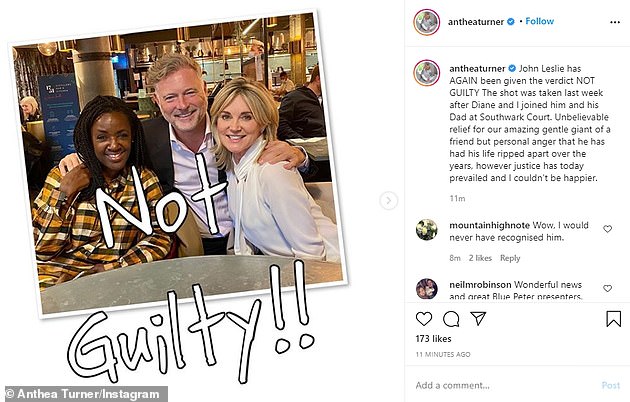 John claimed he asked Ulrika to publicly say he was not her attacker, but she allegedly said she wouldn’t.

Leslie was falsely accused of raping Ulrika by the TV presenter Matthew Wright on air – he later apologised, saying he had given his name in error.

A string of former Blue Peter presenters rallied around Leslie at his trial, with Anthea Turner, Diane Louise Jordan and Yvette Fielding taking to the stand to call him a ‘gentleman’ and deny he was ever inappropriate towards women.

Leslie has never been found guilty of any offence, but his own barrister claimed he had become a ‘notorious’ and a ‘nobody’ because of the repeated claims against him.

The former star, who once earned £350,000 a year, was last known to be living in an Edinburgh bungalow and doing DJ jobs to earn extra money.

Ulrika discussed her rape ordeal with Piers Morgan in 2009 and said her attacker suggested they go to the cinema after he had assaulted her. 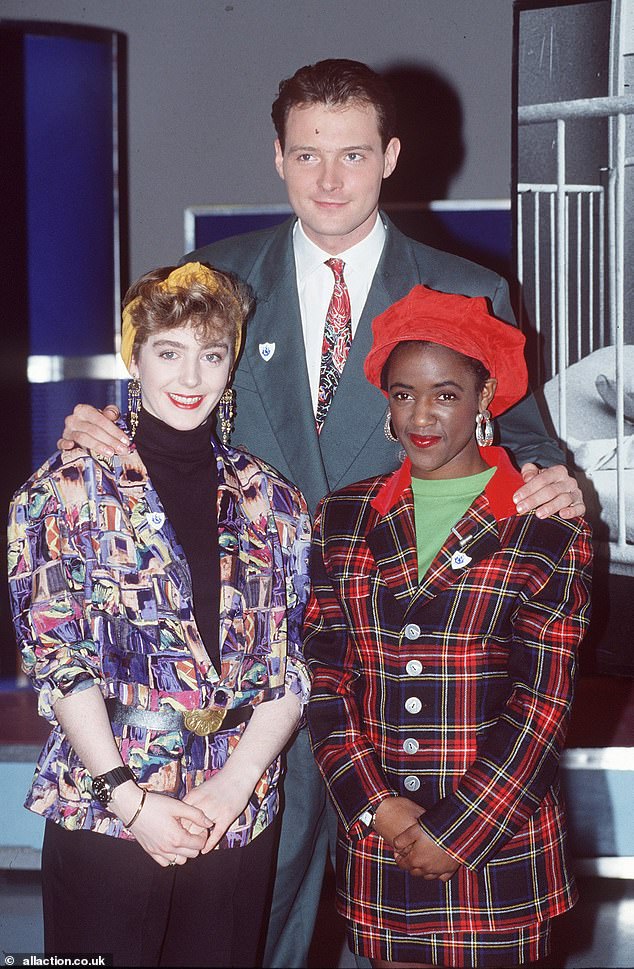 She said:‘I felt pain, physical pain. I just lay there. And he said “We should go to the cinema”.

‘I said “I can’t go”. I don’t remember what I said but I stayed and he left. I actually don’t think he realised what he’d done.’

She said of the incident: ‘I felt a bit foolish. I think that was the overwhelming feeling. I felt I’d allowed myself into a situation which I shouldn’t have. I blamed myself.’

Ulrika said the man, who was known to her, came to her hotel room to pick her up for a date.

She said: ‘He was charming and very nice and then things started to happen very quickly. He got very amorous and I panicked because to me that was not what I was expecting.

‘I panicked to the extent my voice wasn’t working – I couldn’t get anything out. I felt like I was screaming and saying “No, no, no!” I probably was at the beginning.’

The former weathergirl said she was not sexually experienced at the time.

Fighting back tears, she said: ‘One of the great weaknesses I’ve had is this inability to assert myself properly.

‘I’d only been sexually active for about a year and a half so this was quite an overwhelming experience.’

‘I don’t think at that stage there was this definition of a ‘date rape’ – of knowing somebody, of trusting somebody and somebody not understanding when you say no.’

However, Ulrika said the full horror of the violation struck her only when she was forced to seek medical treatment.

‘The fact that I ended up in hospital because it was not consensual meant that this was clearly an aggressive act,’ she said.

She admitted she held back from calling the police because she blamed herself.

In August 2003 Leslie said: ‘I was not damned by anything Ulrika said – I was damned by her silence.

‘As human beings, what separates us from animals is a core sense of decency for other people and for her not to say anything at that stage was inhuman and something I can never forgive her for.

‘Through lawyers, I asked her to please make some sort of clarification – not to get me off the hook but just to let me know exactly what I was dealing with.

‘Instead, she took the third way – she said nothing. Why, why, why?’

In the interview, Ulrika admitted it was a “bad mistake” to reveal the attacker was a TV presenter.

She said: ‘The point was the act of violence against me and not who it was that did it. If I had wanted that person’s name to come out, I’d have done something about it when it happened.’

She admitted to some sympathy for Leslie, whose career was ruined. Ulrika said: ‘I’ve never commented about him but what I would say is trial by media is awful.’ 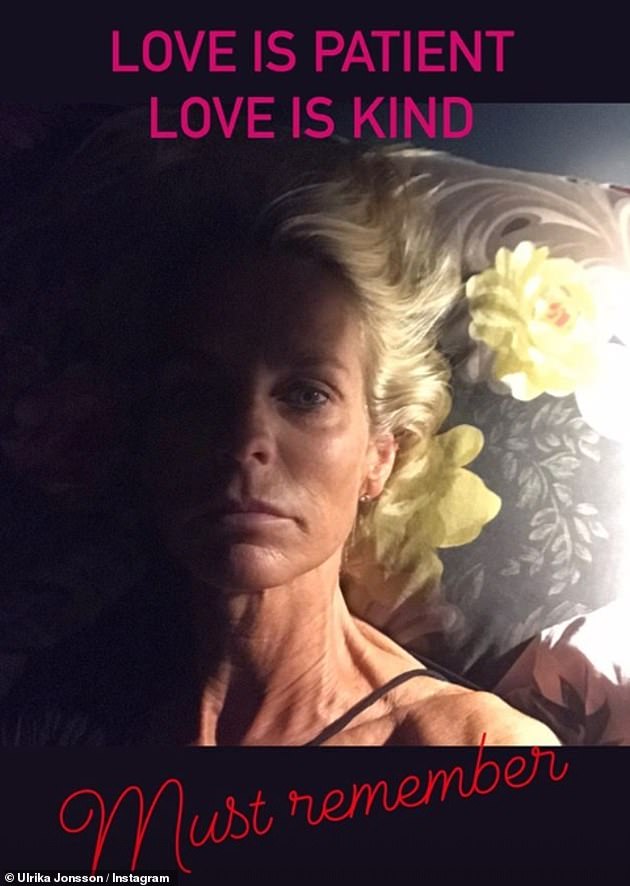 Speaking out: Ulrika first discussed her rape ordeal with Piers Morgan in 2009 and said her attacker suggested they go to the cinema after he had assaulted her

Don't look to stand on line at Apple Store for new iPhone, they won't let you

Some individuals don't perceive the Olympic Video games. They assume you'll want to have a gold...