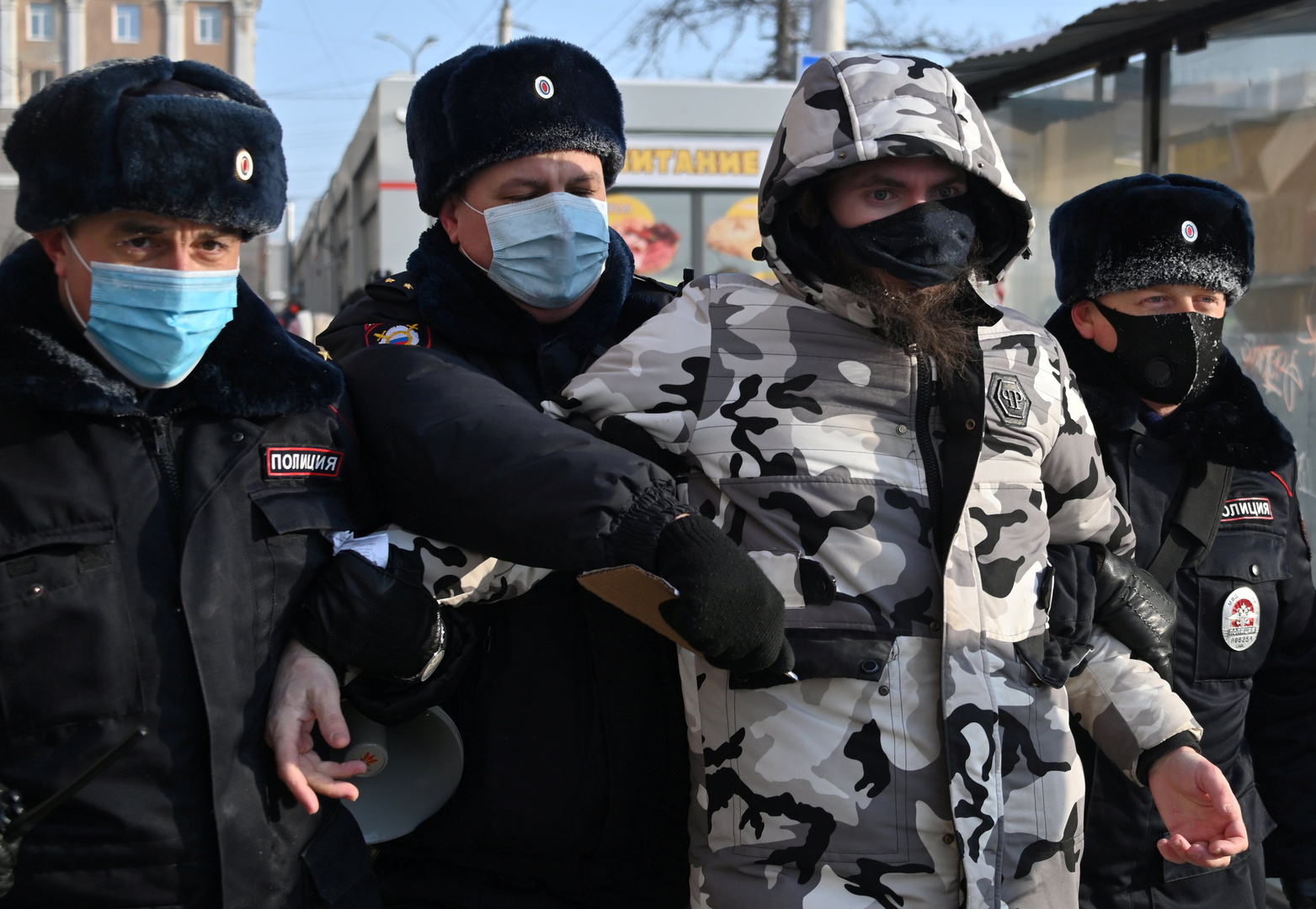 Today, Saturday, a number of Russian cities are witnessing unauthorized demonstrations organized by some supporters of opposition activist Alexei Navalny.

Navalny’s supporters, who were arrested by the authorities upon his return to Russia last Sunday, went out on charges of violating the terms of suspending the prison sentence issued against him previously for embezzlement.

And media outlets reported that the security services carried out arrests of protesters who went out in unauthorized protests, while the Commissioner for the Russian President for Children’s Rights, Anna Kuznetsova, wrote on her Facebook account that the demonstrators in the city of Vladivostov in the far east of the country formed a human chain of children and pelted Security personnel behind her with plastic models.

And the agency “TASS” reported the strengthening of security measures in Pushkin Square in central Moscow, in anticipation of an expected demonstration, including the deployment of more security forces at the site and the erection of iron barriers.

Meanwhile, the “Novosti” agency, quoting its correspondent in the city of Krasnoyarsk, confirmed that one of the demonstrators came to the campaign with the red-white flag of the Belarusian opposition.

In turn, the leader of the Russian Communist Party, Gennady Zuganov, condemned those inciting the youth to launch unauthorized protest campaigns, and said that these instigators were “fascists” and described Navalny as a provocative.

In recent days, the Russian authorities have warned against organizing unauthorized demonstrations today, threatening the organizers and participants of these campaigns with legal prosecution, especially those who send invitations to demonstrations for minors.

Coronavirus: Up to £258m self-employment grants ‘error or fraud’