UNICEF: 50% of Ethiopian refugees in Sudan are children who need clean water 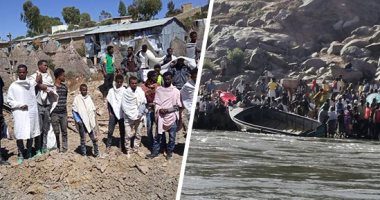 The UN agency “UNICEF” noted that the most urgent needs of refugees are clean water and sanitation in camps and border points, as well as child protection and gender-based violence services for the most vulnerable and vulnerable refugees.

With the ongoing crisis, education services are essential to ensure children continue to learn and provide them with a safe space and a semblance of normalcy, UNICEF said, as more than 200 unaccompanied and separated children have been identified. They screened more than 8,000 children under the age of five for malnutrition at entry points.

It was the United Nations High Commissioner for Refugees (UNHCR) It announced the registration of nearly 50,000 Ethiopian refugees who crossed the border into eastern Sudan. Since December 6, he has pointed out [يتناقص] The number of people fleeing Tigray region to Sudan is less than 500 people per day.

Some refugees said they had to flee armed groups to reach safety and gave horrific accounts of hiding in fields and bushes in an attempt to avoid detection..