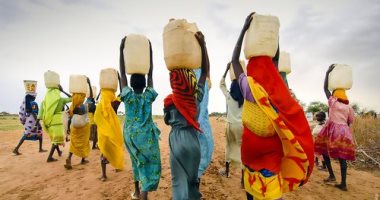 The United Nations Children’s Fund (UNICEF) has expressed its concern about the nearly 250,000 displaced children who are at risk of contracting deadly diseases with the onset of the rainy season, against the backdrop of the escalating crisis in the Cabo Delgado province, northern Mozambique, with the lack of safe water and sanitation services Insufficient hygiene to meet the growing needs of children and families in overcrowded temporary accommodation centers in host communities.

Disasters and climate-related conflicts over the past two years have contributed to food insecurity and hunger throughout Cabo Delgado, with two out of five children suffering from severe acute malnutrition among the displaced population..

According to UNICEF, with the advent of the rainy season, services urgently need to be strengthened for overcrowded temporary accommodation centers and host communities to prevent outbreaks of waterborne diseases such as cholera, and prevent the wider spread of COVID-19..

Health conditions, such as diarrhea, which are easily preventable and treatable, can be deadly for displaced children who do not have access to safe water and adequate sanitation, and this is especially true for children who are malnourished..

“With the deterioration of conditions in the province – especially with the onset of the rainy season – the water, sanitation and healthcare systems are coming under increasing pressure,” said the UNICEF Executive Director“, UNICEF is working to expand its support for water and sanitation, in addition to visiting communities and centers to check the nutritional status of children, and to provide life-saving treatment, including therapeutic food for severe cases..

The mobile teams also provide regular health care to women, mothers and children, ensuring the provision of essential services such as antenatal care and periodic vaccinations.

UNICEF indicated that displaced children who have lost contact with their families or have been exposed to physical and psychological violence are at particular risk..

Many children who witnessed extreme brutality – or were themselves subjected to it – and children who lost family members to brutal killings or kidnappings, need comprehensive protection, including psychosocial support after exposure to such trauma..

The organization pointed out that for 2021, UNICEF is appealing for $ 52.8 million to respond to the most urgent humanitarian needs across Mozambique, including $ 30 million, as part of the Cabo Delgado Humanitarian Response Plan..

Five non-coronavirus stories that shaped the world in 2020

Test and trace: ‘I spoke to one person in four months’

NRL referees have been told to treat high-contact like punching and sin-bin any player who makes...