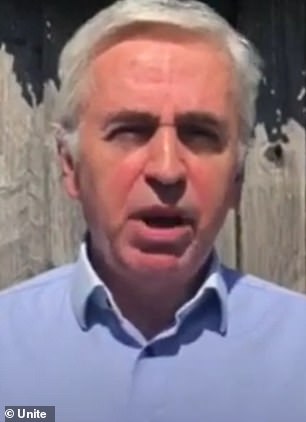 Construction workers are still operating without adequate protections, a union has said.

Workers’ union Unite said high levels of coronavirus transmission in the industry were likely contributed to by the ‘failure’ to establish safe site operating procedures.

Jerry Swain, Unite national officer for construction, said that although Covid-safe practices had been put in place at larger sites, such measures on smaller sites and in the domestic sector were ‘either weak or non-existent’.

‘Huge swathes of the industry operate through bogus self-employment or agency labour where workers have no employment rights and tenures are short,’ he said.

‘With growing unemployment, workers fear that if they raise concerns they will have contracts terminated and struggle to find new employment.’

He added: ‘From the beginning of the pandemic Unite has warned that construction workers were at considerable risk.

‘This situation has been made far worse by the site-operating procedures published by the Construction Leadership Council, which the Government feeds into, which allowed to address the need for compulsory use of masks where workers can’t work in a socially-distanced way, which Unite has continued to demand. 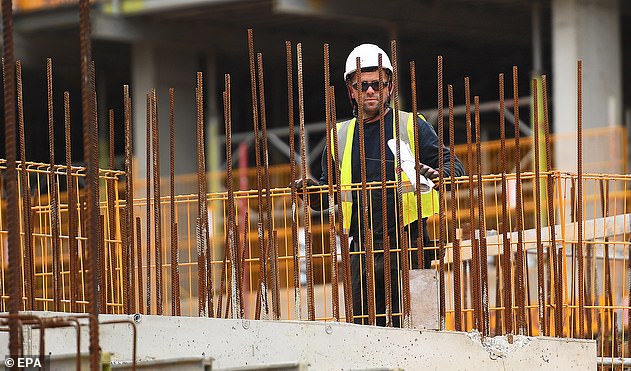 Workers’ union Unite said high levels of coronavirus transmission in the industry were likely contributed to by the ‘failure’ to establish safe site operating procedures. (file image, worker at a construction site, May 2020)

‘This failure is likely to have contributed to the high transmission rate and has seriously undermined the social distancing messages, which are vital to protect workers.’

A Government scientific adviser has now warned of high levels of coronavirus transmission in the industry.

Professor Calum Semple, a member of the Government’s Scientific Advisory Group for Emergencies (Sage), said he had been ‘surprised’ by the rates of transmission in the construction sector.

‘You would have thought working outside wouldn’t be a risk but many people in construction are actually working inside before buildings are made Covid-safe,’ he told Sky’s Sophy Ridge on Sunday.

‘The construction industry has turned out to be a risk that I was surprised to see.’

Mr Swain added: ‘(Professor Semple) is right that a great deal of construction work is undertaken inside often in poorly-ventilated areas and the risk of transmission is increased in poor weather as workers seek protection from the elements.

‘Since the beginning of the pandemic, Unite has argued that construction employers need to ensure that workers are protected from when they leave home until when they return home at night.

‘The increased level of transmission in the sector demonstrates that is simply not happening.’