University student, 20, says she was left ‘traumatised’ after being ‘sexually harassed by three players’ while working as waitress at Sheffield golf club

A university student claims she was left feeling ‘traumatised’ after being ‘sexually harassed’ while working as a waitress at a golf club.

Molly Bryan alleges she was ‘ogled’ and sworn at, subjected to lewd comments and the victim of indecent exposure by one man who was seen with his genitals ‘hanging out’.

The alleged incident happened on September 12 last year at the Hallamshire Golf Club in South Yorkshire, when Ms Bryan was called in to work at a private function.

The 20-year-old, who said she quit afterwards, claims she was’ sexually harassed by three members.’ 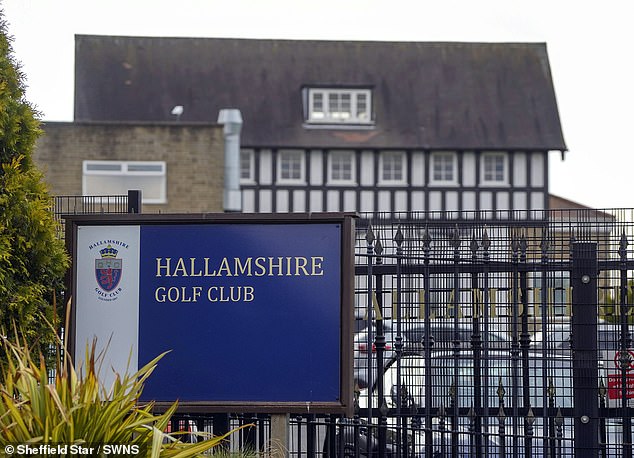 She added: ‘That evening, I was ogled at and they asked me inappropriate comments as they would like ‘to f*** me’ and ‘stick their c**** in my ear’ [sic].

‘I was also subject to indecent exposure by another member as he had his genitals hanging out.’

Ms Bryan says she complained to the club the following day and was told the matter would be investigated thoroughly.

She is speaking out after being left disappointed by the sanctions levelled against those responsible, including a ’12-month behavioural watch’ and letters of apology.

One member wrote to her: ‘We are a group of friends whose comments and humour were not intended to cause any offence. Please be assured that on my part there was no intent or awareness that my actions that evening had caused you distress.’

Another said he had ‘no excuses’ for his actions that evening.

He wrote: ‘I am deeply sorry I caused you an offence and made you feel comfortable. My behaviour was unacceptable and I am wholeheartedly ashamed of myself.’

The third said he was ‘genuinely sorry’ for what happened, adding: ‘Clearly, as an individual and as part of a wider group of friends, steps needed to be taken to ensure that we all take the learning from this situation and ensure that it does not happen again.’

Ms Bryan said the letters of apology were nothing but ‘a joke’, adding, ‘They said this [incident] affected them.’

She also said she had lodged a police report but claimed nothing has happened since.

Ms Bryan added: ‘I was traumatised, I didn’t sleep for three days and even now whenever I see the golf club I have a panic attack.’

The club said in a statement: ‘We take allegations of this nature extremely seriously and are committed to ensuring that the club is a safe and welcoming environment for both staff and members alike.

‘As soon as we were made aware of the complaint, we carried out a thorough and robust investigation in line with our disciplinary procedures.

‘We have reviewed all policies and procedures, and have put in place new policies focusing on equality and diversity and harassment and bullying.

‘We are confident that the club and its officers have dealt appropriately and professionally with the matter, and will continue to keep processes and practices under review.’

South Yorkshire Police said the investigation was closed due to the ‘victim not wanting to take any further action’.

But Ms Bryan said that was not the conversation she had with the officer in charge.

The new club policies, put in place in January 2021, state that the club is committed to ‘promoting a fair and harmonious environment in which everyone is treated with respect and dignity and in which no individuals feel bullied, threatened, intimidated or harassed.’

Gold price analysis for May