REVEALED: Premier League clubs expecting up to 500 away fans to return to stadiums for the last two games of the season

Premier League clubs have been told to prepare for up to 500 away fans for the last two rounds of matches this season.

Sportsmail understands that Public Health England signed off on the principle of away fans at fixtures this term, on Thursday.

It marks a victory for the Premier League, which has been working hard to overcome scepticism among officials about the return of away supporters 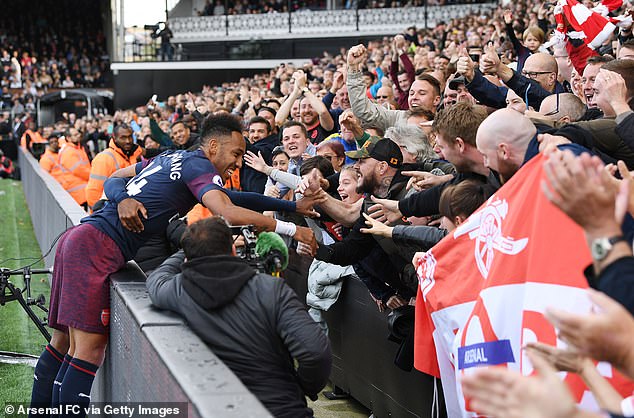 Under the government’s roadmap out of lockdown, clubs are preparing to allow up to 10,000 fans to return to stadiums – or 25 per cent of the capacity – which ever is lower from May 17.

The Premier League is planning to delay the penultimate round of matches in order to allow supporters to be present, so that every club can play one home game in front of their own fans.

As a result, the 37th round of fixtures will now be played on May 18 and 19, the day after the third stage of the government’s covid road map is scheduled to start.

However, those plans did not include any provision  for away supporters. Now, Premier League chief executive Richard Masters has written to clubs to  advise them that the government is prepared to relax the ‘no away fans’ stipulation in current guidance, according to The Times.

Premier League rules require clubs to allow away fans access to 10 per cent of the stadium capacity, up to a maximum of 3,000.

However, the top flight has proposed to  reduce that requirement to five per cent in order to encourage the local safety authorities to approve the move.

For every game, a Safety Advisory Group (SAG), which includes representatives of the club, emergency services for the area and the local council, must approve the plans for the match, including the attendance of away supporters. 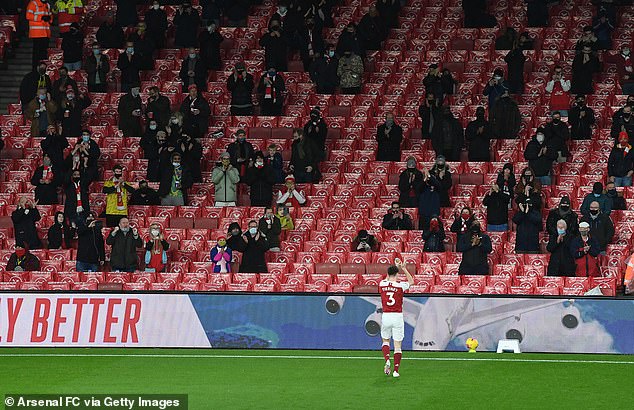 A source close to the negotiations over away fans told Sportsmail that in reality the number of away fans in attendance at matches would be ‘piecemeal’ across the country, as SAGs are likely to take a different view in different areas.

In the letter Masters has sent to the clubs, which has been seen by The Times, he states: ‘The return of fans and ultimately full stadiums remains our primary goal, therefore our view is that we must accept the opportunity to host as wide a range of supporters as possible.

‘That being the case, the Executive proposes an away ticket allocation of 5 per cent of available capacity (a maximum of 500 away fans) at round 37 and 38 matches, respecting the £30 away ticket price cap.’

‘This policy is designed to accommodate away supporters, maximise home fan numbers and reduce the likelihood of SAG resistance,’ says the letter.’