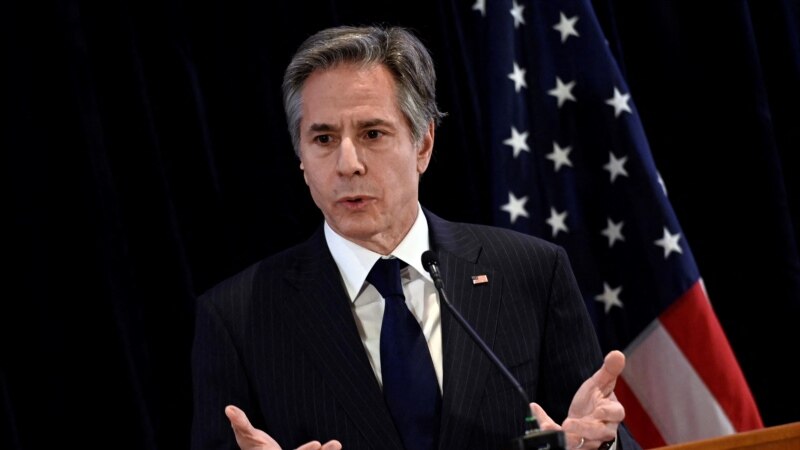 US Secretary of State Antony Blinken accused Russia on Wednesday of committing war crimes during its invasion of Ukraine, based on attacks against the civilian population and basic infrastructure carried out by the Russian Army.

“The US government believes that members of the Russian forces have committed war crimes,” Secretary of State Antony Blinken said in a statement. a statement.

Last week President Joe Biden rated his Russian counterpartVladimir Putin, as “a war criminal” for the acts committed against the Ukrainians, however the State Department clarified that he was processing the documentation to make a formal statement in this regard.

President Biden’s reference to the Russian leader as a “war criminal” for his military operation in Ukraine it was described as “unacceptable and inexcusable” by the Kremlin.

“We believe that such rhetoric is unacceptable and inexcusable on the part of the head of state, whose bombs have killed hundreds of thousands of people around the world,” Putin’s spokesman Dmitry Peskov said, the agency reported. TASS..

This Wednesday, the US foreign chief cited the recent attacks against “apartment buildings, schools, hospitals, basic infrastructure, civilian vehicles, shopping centers and ambulances” as proof of the “credibility” of the reports handled by the Biden Administration.

“Every day that the Russian forces continue their brutal attacks, the number of innocent civilians killed and injured, including women and children, increases,” Blinken lamented in the note.

In the case of the city of Mariúpol, besieged for weeks by the enemy and in which thousands of Ukrainians remain trapped, the US government estimates that there have been some 2,400 civilian casualties.

Despite the seriousness of the situation, Moscow has rejected, for the time being, set up a corridor that allows the arrival of humanitarian aid to the city despite the call of the local authorities.

Blinken explained that his department’s “assessment” “is based on a careful review of available information, public sources and intelligence services.”

“As with any alleged crime, a court with jurisdiction over it will ultimately be responsible for determining guilt in each specific case,” he said.

In this sense, the spokesman for the Foreign Ministry, Ned Price, commented at a press conference, shortly after the news was known, that it could be the Ukrainian Justice itself, with the collaboration of the United States, which would take charge of these processes.

“We have Ukraine’s own courts, and the attorney general’s office, which has a directorate for war crimes,” Price said. “There are funds from the Office of Criminal Justice in support of initiatives to increase their capacity and thus finally help them with these causes.”

In the meantime, the statement adds, the US government will continue to investigate reports of possible war crimes and will share that information “with its partners and allies, as well as international agencies and organizations.”

“Since launching this unwarranted and unjust war, on his own initiative, President Vladimir Putin has unleashed relentless violence that has only caused death and destruction in Ukraine,” Blinken said.

* With the collaboration of Alejandra Arredondo, VOA journalist, from Washington DC.