US Anatoly Antonov, Russian ambassador to US, arrives in Washington 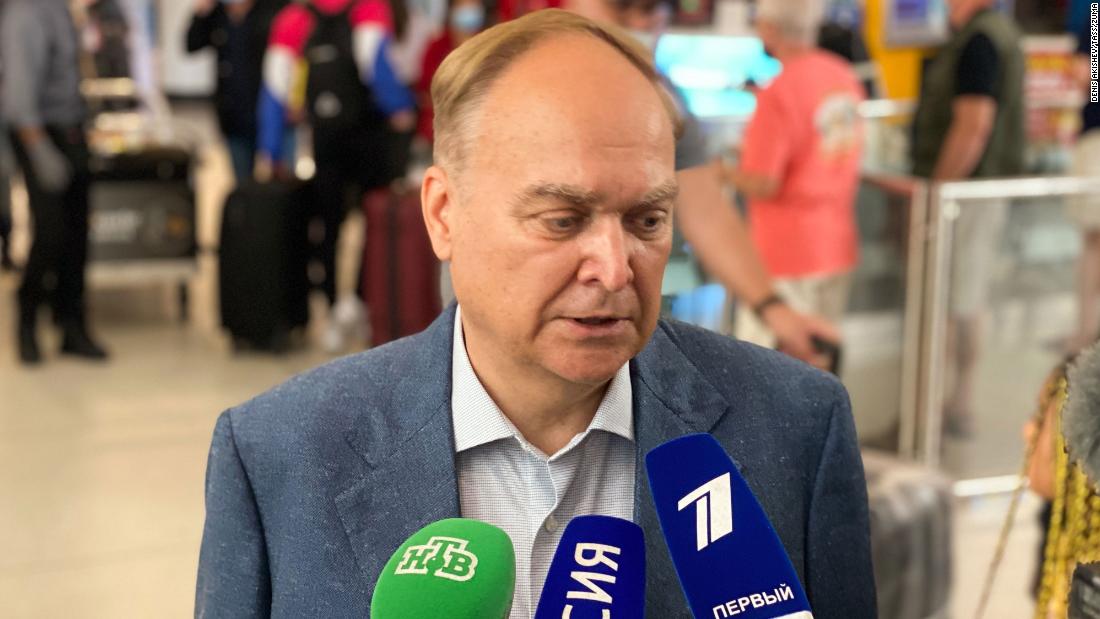 Price said the administration welcomed the news of Antonov’s return to the United States, and noted that Sullivan was returning to his post “in part because we remain committed to open channels of communication with the Russian government, both as a means to advance US interests, but also to reduce the risk of miscalculation between our two countries.”

“We look forward to Ambassador Sullivan returning to Moscow to lead the very strong team at … our embassy in Russia, as we implement President Biden’s policy directives outlined in Geneva,” he told reporters during a phone briefing.

Antonov told Russian news outlets that he was in an “optimistic mood” before returning to Washington after the Biden-Putin summit.

Sources told CNN prior to the meeting in Geneva that it was the hope that the two sides would be able to agree to send their envoys back to their respective capitals after months of absence, which had sent a signal that diplomatic relations between the two countries had hit a new low.

Antonov was recalled from Washington about three months ago after Biden called Putin a killer, and Sullivan left Moscow almost two months ago after Russia suggested he return to Washington for consultations. The Russian Embassy in Washington said in a statement in March that Antonov was “leaving for Moscow for consultations,” where “during his meetings in the Russian Ministry of Foreign Affairs and other agencies, it is planned to discuss ways to rectify Russia-US ties that are in crisis.” Not having an ambassador in either country has made conducting basic diplomacy even more difficult at a time when relations are already severely strained.

Rachel Rizzo, the director of programs at the Truman Center and the Truman National Security Project, told CNN that the agreement to send ambassadors back to their posts was “a really good step.”

“It’s important for Russia and the United States to have representatives? in either side’s capital. This allows for conversations at the low to mid-level, which is where a lot of the rubber meets the road in terms of diplomacy, and it allows us to hammer out potential issues before two leaders sit on the stage and make broad declarations after a major summit,” she said. “It shows that the two sides are dedicated to at least some sort of improvement in relations.”

In addition to the agreement to send their ambassadors back to their posts, the two leaders released a joint statement on strategic stability, noting that Russia and the US “have demonstrated that, even in periods of tension, they are able to make progress on our shared goals of ensuring predictability in the strategic sphere, reducing the risk of armed conflicts and the threat of nuclear war.”

Price told reporters Monday that the administration is “preparing a strategic stability dialogue with Russia” and “in the process of scheduling the first meeting,” State Department spokesperson Ned Price said Monday.

“A high-level Department of State official will lead the US delegation,” Price told reporters during a phone briefing. “We plan to discuss next steps to nuclear arms control and other strategic topics, and will be guided by the principle, as you saw in the joint statement between the two countries, that a nuclear war cannot be won and must never be fought.”

CNN’s Chandelis Duster and Radina Gigova contributed to this report.