US approves $800 million in additional aid to Ukraine 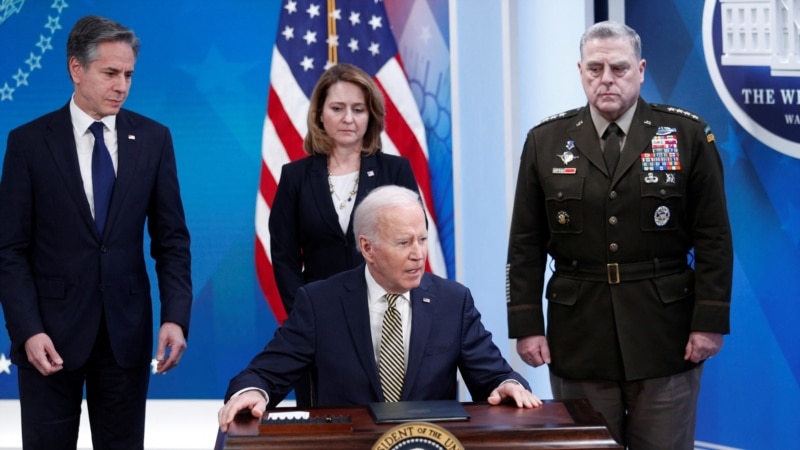 “Now, once again, I am using my presidential authority to activate additional security mechanisms, to continue to help Ukraine defend against the Russian assault, an additional $800 million in assistance,” Biden said in a televised address from the White House. .

From the start of the invasion Ordered by Russian President Vladimir Putin on February 24 against Ukrainian soil, the Biden Administration has deployed powerful financial aid to Ukraine.

With the new financial item, Washington raises its contribution in aid to the Ukrainian defense to 1,000 million dollars.

“The new assistance package also includes 9,000 anti-armor kits. These are high-precision, shoulder-mounted, portable missiles that Ukrainian forces have been using to great effect to destroy invading tanks and armored vehicles,” he said.

In addition, the batch includes 7,000 small arms, machine guns, rifles and grenade launchers that will go “to Ukrainians, including brave women and men who defend their cities as civilians, and who are also on the battlefield.”

President Biden added that the US is not alone in helping the invaded European nation: “Our allies and partners have stepped up to five significant shipments of security assistance.”

“The United States is on the side of the forces for freedom, it always has been and always will be,” he concluded.

The developments of Russia’s war on Ukraine today.. Talk about corpses in the streets of Mariupol and Zelensky ready to negotiate with Putin | Politics news

The developments of Russia's war on Ukraine today.. Talk about corpses in the streets of Mariupol and Zelensky ready to negotiate with Putin | Politics news