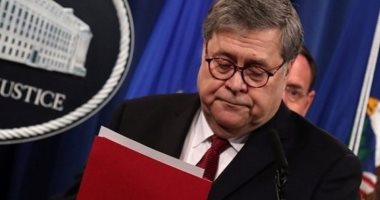 US Attorney General William Barr said that Russia is likely behind the penetration of government agencies, according to Al-Arabiya satellite channel, in urgent news to it a short while ago.

On Tuesday, outgoing US President Donald Trump announced that Attorney General William Barr would leave office before the Christmas celebrations, and that his deputy, Jeff Rosen, would become the acting secretary.

Barr said in a letter sent to Trump – according to the American (Al Hurra) channel – that he will leave office on the 23rd of this month, and he is proud that he played a role in many of Trump’s unprecedented successes and achievements.

“Your record is more historical because you achieved it under relentless resistance,” he added.

Al-Kazemi: The 2021 budget will not affect the salaries of employees