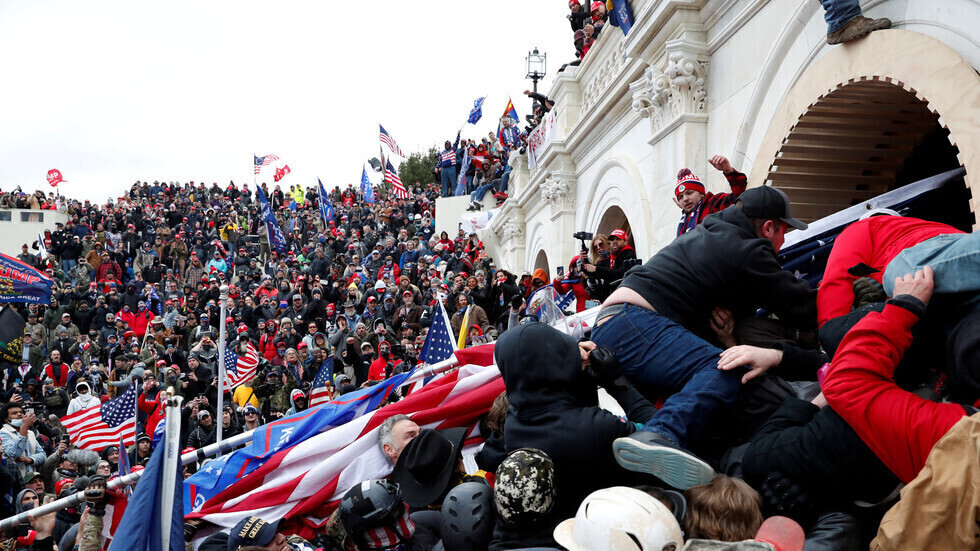 Supporters of US President Donald Trump try to storm the Congress headquarters amid clashes with police on January 6, 2020.

Today, Tuesday, US authorities arrested a California resident, Robert Limky, accusing her of sending threats to a member of Congress, a journalist, and their families.

The US Department of Justice said, in a statement, that Lemke, 35, appeared to have sent on January 6, the day of the congressional storming events, “written messages that included threats to family members of a congressman from New York.”

The ministry explained that Lemke sent a message by phone to the brother of the legislator, whose name was not specified in the statement, and attached it to a picture of a house next to the one in which the person who received the threat resides.

The accused said in the letter: “Your brother is exposing you and your family to danger with his lies and words. We are armed and are near your house. It is better for you to talk to him … I called (the son of the legislator) and I am aware of the location of his children.”

Lemke also sent, according to the statement, a similar letter to a journalist whose name has not been revealed, in which he said: “Your words put you and your family at risk.”

The Department of Justice stated that the suspect believed the information that the current US President, Joe Biden, had not won the presidential election.

On January 6, a group of supporters of former US President Donald Trump stormed the headquarters of Congress, in an accident that killed 6 people.

Kuwaiti newspaper: The government is tomorrow and the interrogation is taking place

'Do you change his diaper too?' Woman is slammed for packing her tradie boyfriend's lunch every day

American Airlines warns employees it could furlough thousands by April

Carys Hall: ‘You’re stronger than you actually are’