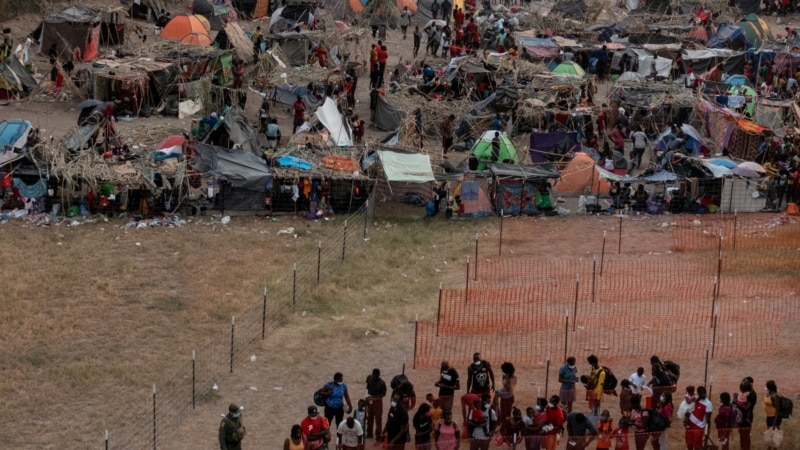 A ruling by the Federal Court of Appeals for the District of Columbia has prohibited the US government from sending migrants or their families who cross the US-Mexico border illegally to countries where they may be “persecuted or tortured.”

The ruling, however, also confirmed the authority of the Administration of President Joe Biden to continue expelling migrants expeditiously under the rule known as Title 42, citing health reasons in the face of the pandemic.

The Court recognized that the rule allows border authorities to “immediately expel” immigrants who enter the country without legal permission “during a public health emergency.”

According to the 32-page ruling issued on Friday, the administration can maintain Title 42 restrictions, first implemented during the administration of former President Donald Trump (2017-2021), in the early stages of the COVID-19 pandemic. , but they will not be able to send migrants to a third country or other place “where they may be persecuted or tortured” because of their race, religion, nationality or political opinion.

The American Civil Liberties Union (ACLU), which filed the Title 42 lawsuit along with other pro-immigrant organizations, hailed Friday’s ruling as a “huge victory.”

Those migrants processed under Title 42 are quickly expelled to Mexico or put on deportation flights to their countries of origin without being given the opportunity to apply for humanitarian refuge in the United States before an asylum officer or an immigration judge.

The ruling raises the possibility that the US government may have to conduct checks to determine whether or not a person caught crossing the border has a reasonable fear of persecution or torture if they are deported.

Such assessments would make it difficult for the Biden administration to continue large-scale expulsions of families at the border, he told Reuters Aaron Reichlin-Melnick, a policy analyst for the American Council on Immigration, a pro-immigration group.

A federal judge ruled last September that the Title 42 policy could not be applied to families, but the Biden Administration appealed that decision.