By Keith Griffith For Dailymail.com and Wires 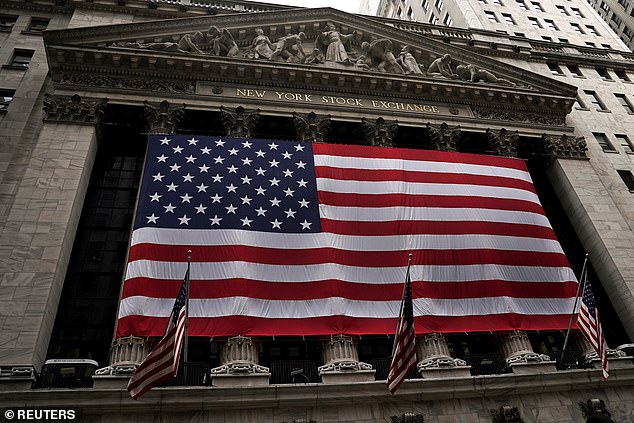 A U.S flag is seen on the New York Stock Exchange in Manhattan on Thursday. U.S. stock indexes slumped on Friday following a post-election rally 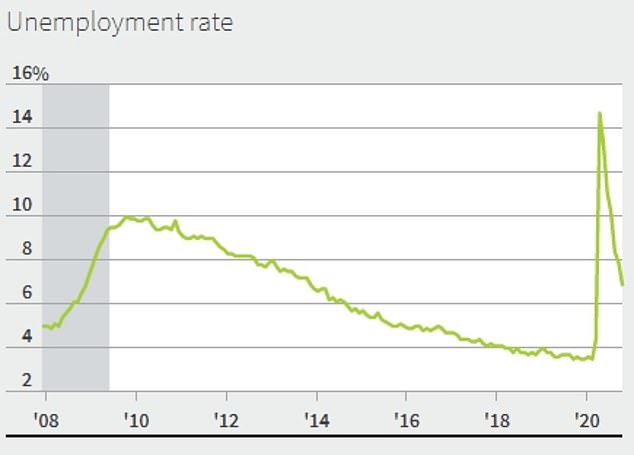 The unemployment rate fell to 6.9 percent from 7.9 percent in September, the Labor Department said in its closely watched employment report on Friday. The rate is down from a peak of 14.7 percent in April

Investors have been buoyed by electoral results that so far have nearly eliminated prospects a ‘blue wave’ that would see Democrats take control of both the White House and Congress and raise the chances of a rollback in business-friendly policies.

Democrat Joe Biden looks to be closing in on the presidency, with votes still being counted in several key states, but Republicans held onto several seats in the Senate that were considered vulnerable.

The upside of that for markets is that gridlock may prevent Democrats from approving some of the measures investors feared, such as higher tax rates and tougher antitrust policies for big technology companies.

The downside of a split government is that a still-divided Washington makes any support package for the economy coming from Congress likely to be less generous than if Democrats had swept the election.

Investors and economists say the economy needs such stimulus, particularly when the country´s new coronavirus cases are setting records once again. Europe is also facing a troubling rise in infections, and governments there have already brought back restrictions on businesses in hopes of slowing the spread. 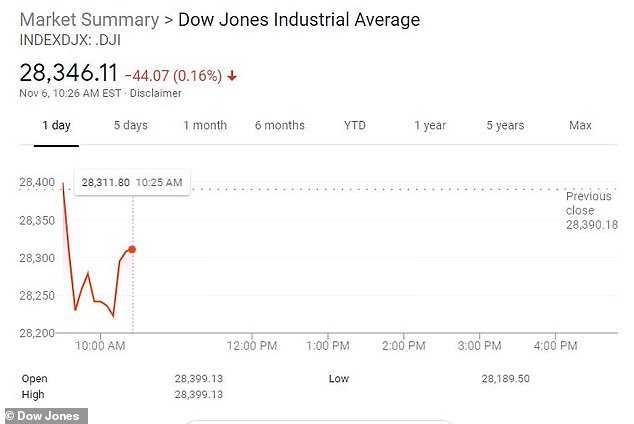 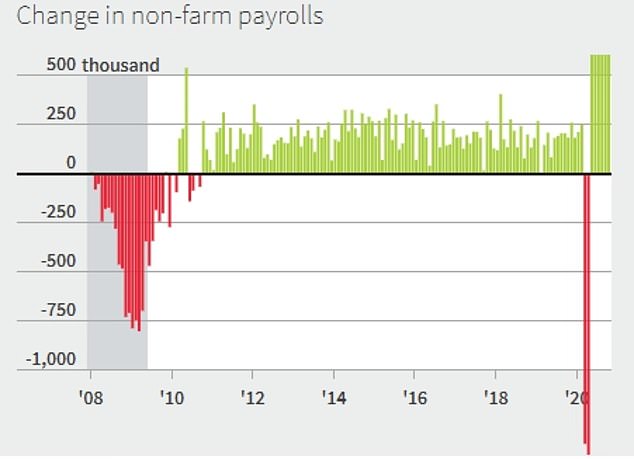 Nonfarm payrolls increased by 638,000 jobs last month, the Labor Department said in its closely watched employment report on Friday. October’s gain was slightly below the 672,000 jobs added in September

Even if the strictest lockdowns don’t return in the United States, the worry is that the worsening pandemic will scare consumers by itself and erase profits for businesses.

Another risk for the market is that of a contested election for the presidency. Markets see cause for optimism if either Biden or President Donald Trump wins, and what investors want more than anything is for a clear winner to emerge.

Biden appears to be closing in on the needed electoral votes to win the presidency, but Trump took to the White House briefing room on Thursday evening to launch a litany of claims, without proof, about how Democrats were trying to unfairly deprive him of a second term.

His campaign has already filed legal challenges in several states, though most are small in scale and don´t appear to affect many votes. If the election drags on through court challenges, the resulting rise in uncertainty could send stocks spinning, analysts say.

The yield on the 10-year Treasury climbed to 0.82 percent from 0.78 percent late Thursday following the new jobs data.

The rally helped the 10-year Treasury yield claw back some of its recent slide. It had been above 0.90 percent earlier this week when expectations were rising that a Democratic sweep of Tuesday´s elections could open the door for a big stimulus effort for the economy.