Melania, Ivanka, Tiffany and the rest of the Trump family FINALLY wear masks as they arrive at the presidential debate – after being warned they would be thrown out if they took them off

Donald Trump‘s family finally added masks to their outfits for the final presidential debate, after being warned that they’d be kicked out if they took them off.

The president’s entourage, including First Lady Melania and children Ivanka, Tiffany and Eric, entered the debate arena at Belmont University in Nashville minutes before the debate kicked off – each with their noses and mouths fully covered.

Masks were a requirement for all attendees of the event, and the Commission on Presidential Debates warned that anyone who removed their mask would be escorted out.

The Trump family faced fierce criticism when they failed to wear facial coverings during the first debate on September 29 and a massive coronavirus outbreak hit the White House days later. 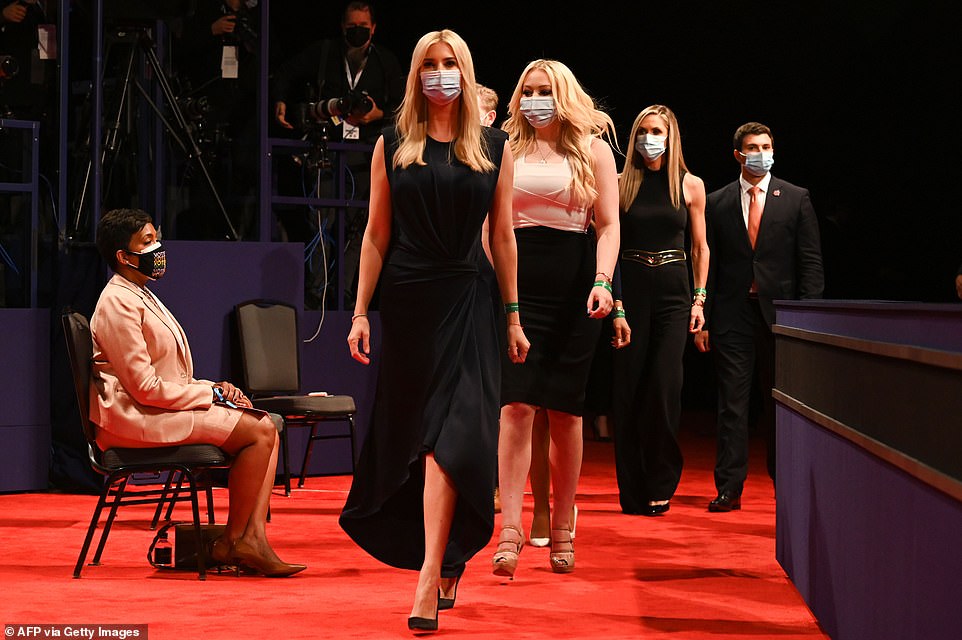 Donald Trump’s family finally fully masked up for the final presidential debate, after they were ridiculed for forgoing the precaution at the first candidate face-off. Pictured: Ivanka, Tiffany and Lara Trump enter the debate arena Thursday night 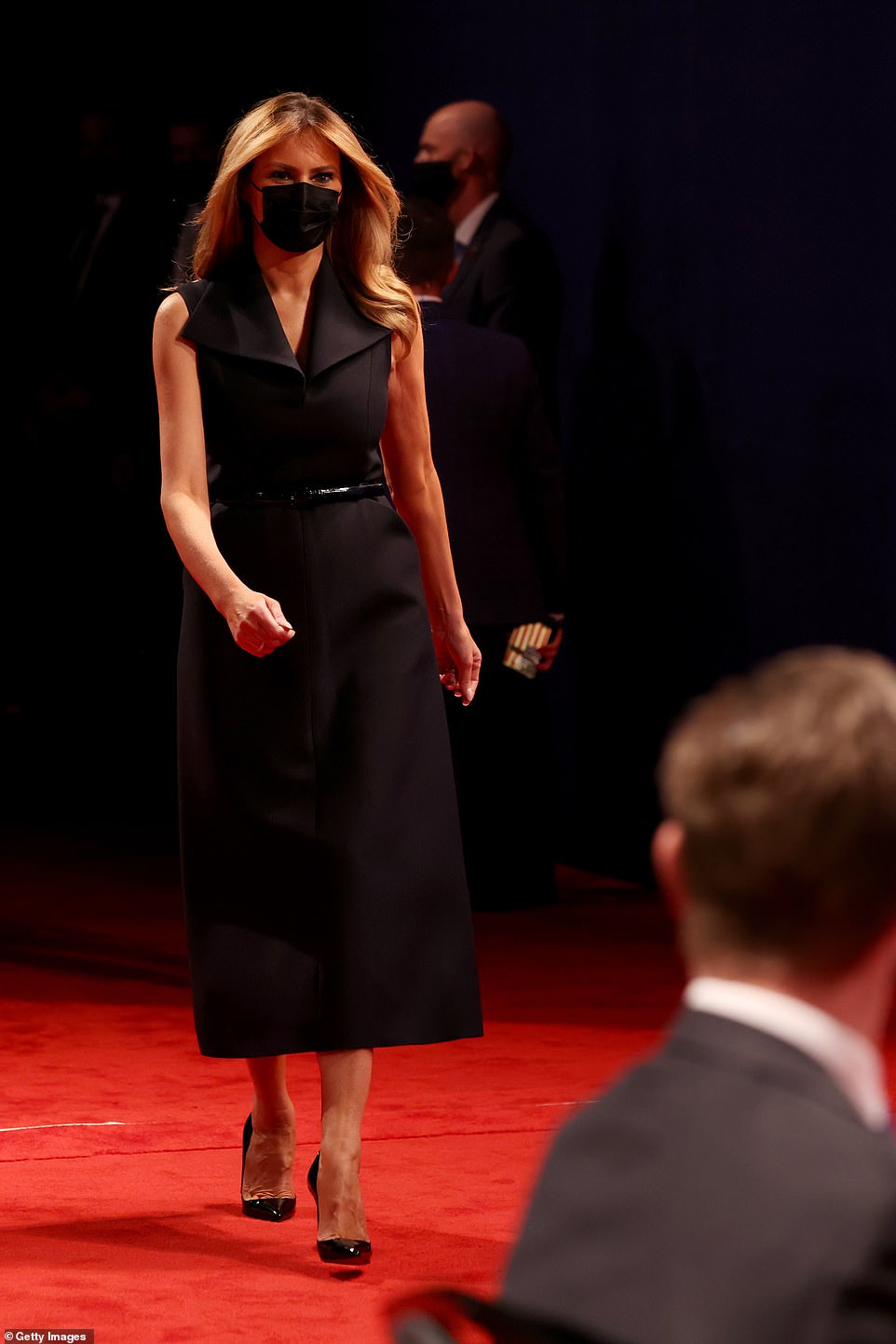 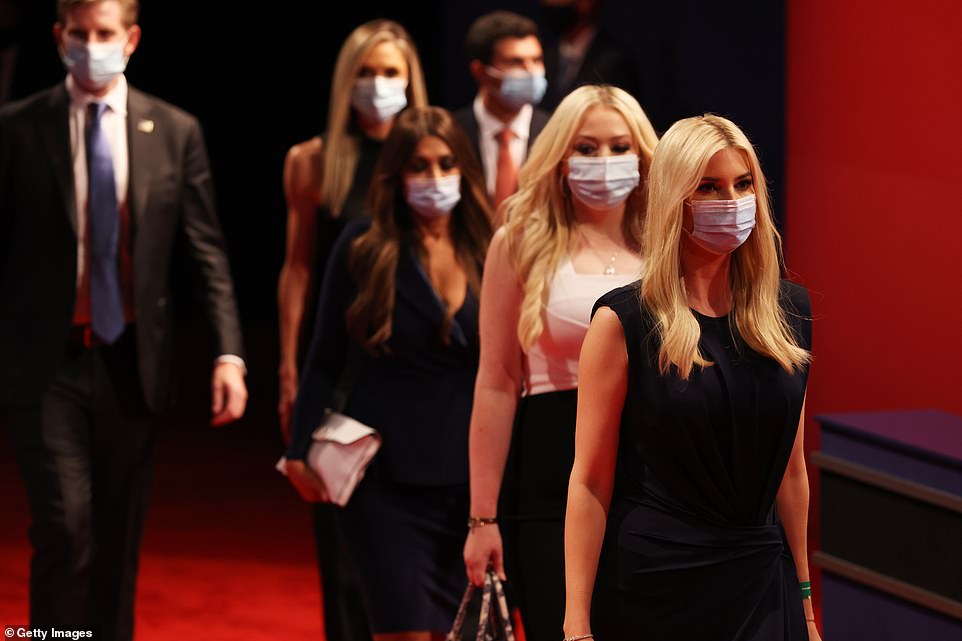 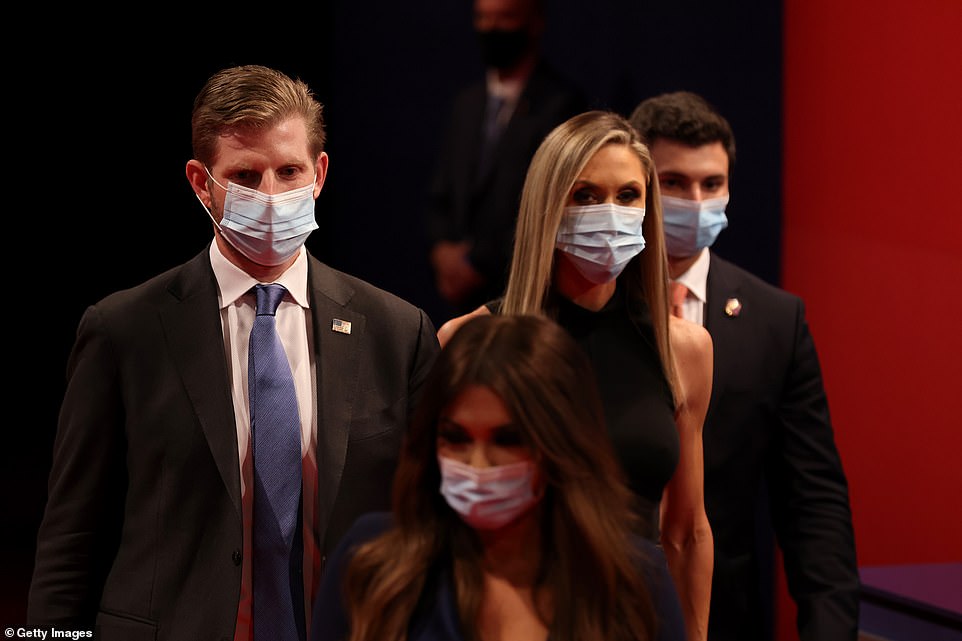 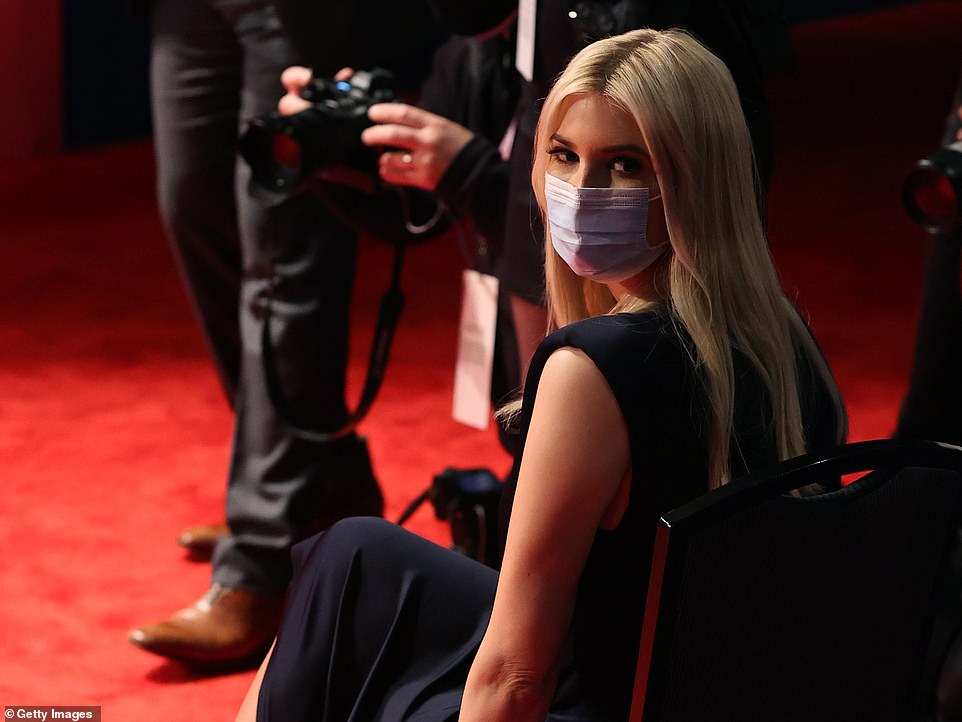 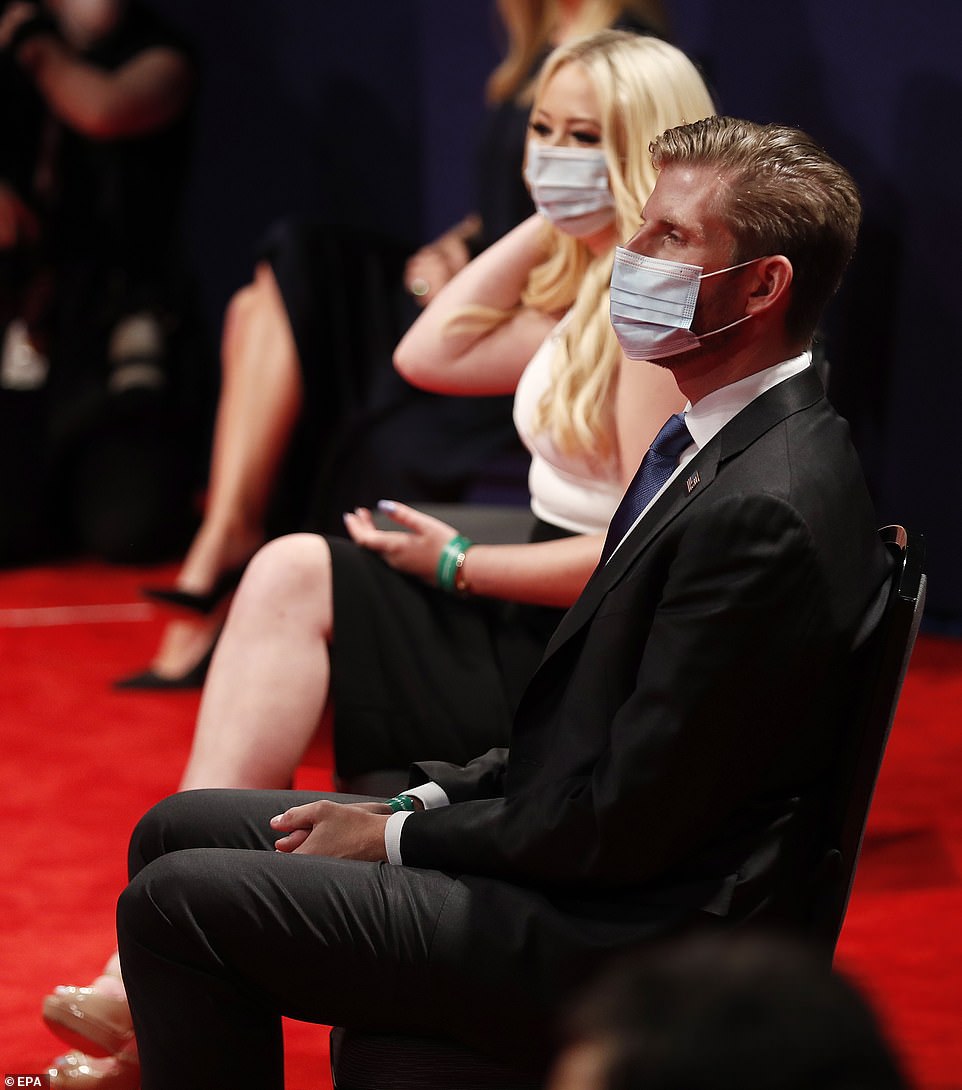 While most of the family members did enter the first debate with masks on, they were photographed without them as soon as they took their seats.

Melania left her mask behind when she left her seat at the end of the debate to join her husband on stage – while Joe Biden and his wife Jill kept theirs on.

This time all of the debate attendees will have to keep covered throughout the night, per rules set by the debate commission.

The only people exempt from that rule are Trump, Biden and debate moderator Kristen Welker – who can take their masks off while on stage.

Trump has often mocked his opponents mask habits, suggesting that he’s overly-cautious. Biden rejected that assertion early on in Thursday’s debate, saying that the federal government should have instituted a nationwide mask mandate months ago.

The Trump family’s laissez faire attitudes toward masks backfired in the wake of the first debate, when dozens of people in the White House tested positive for coronavirus – including the president himself. 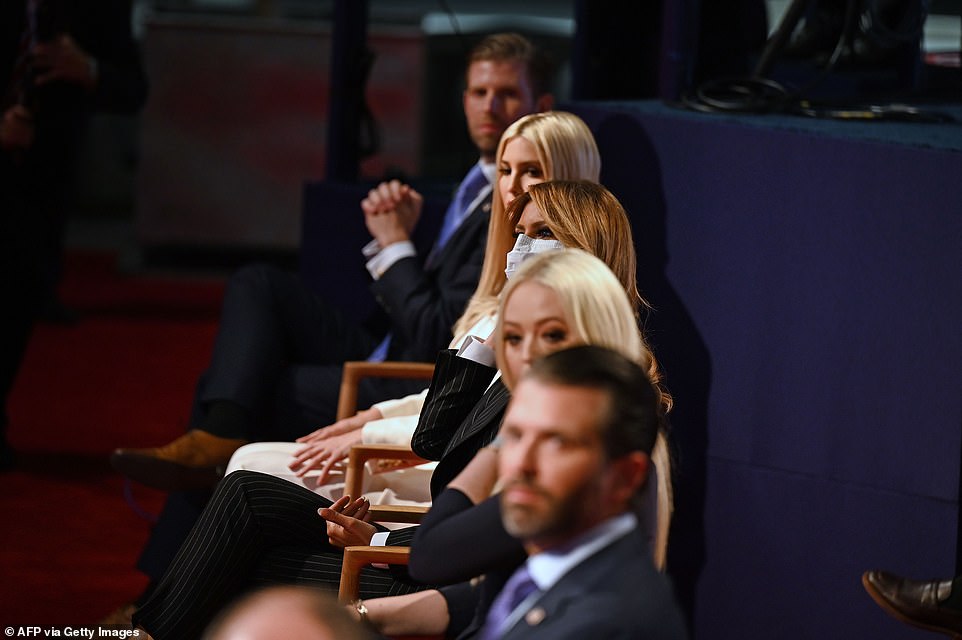 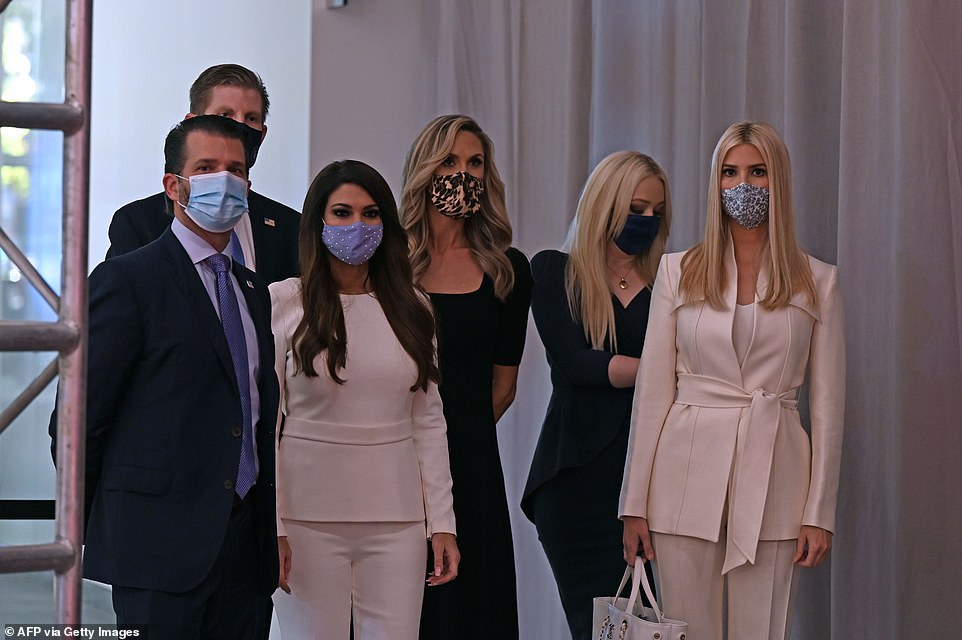 While most of the family members did enter the first debate with masks on (pictured), they were photographed without them as soon as they took their seats 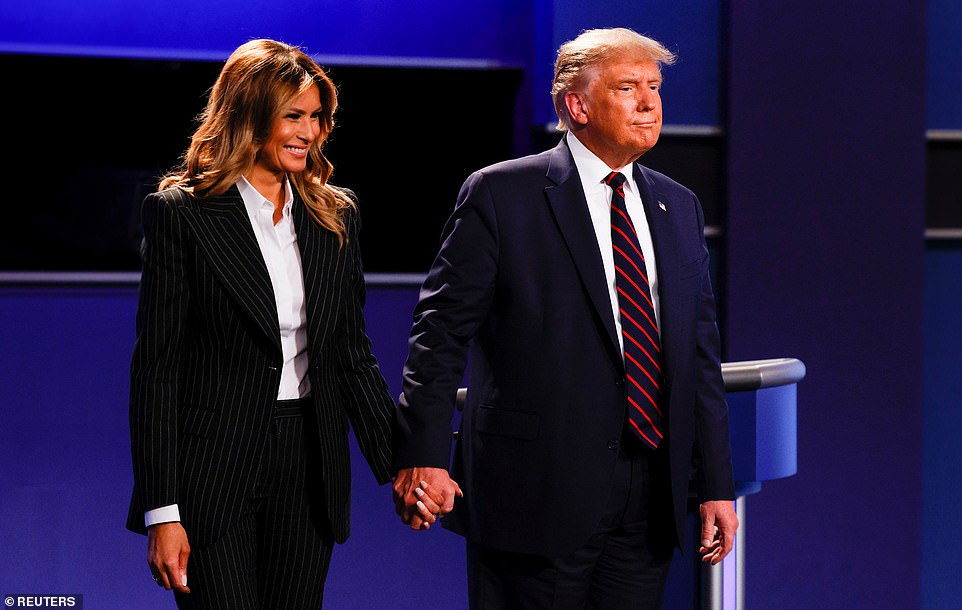