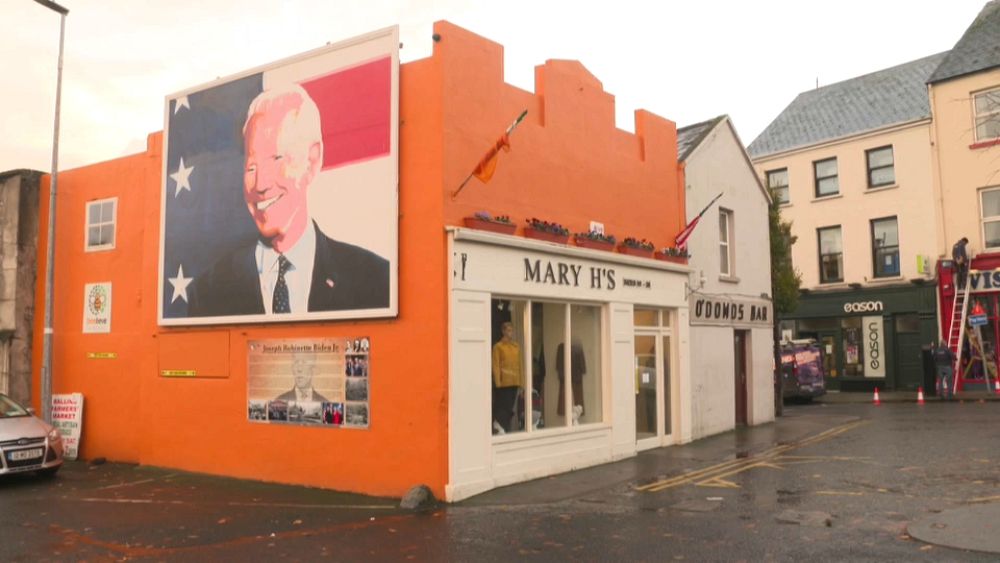 As Americans wait with bated breath to find out the winner of this week”s US elections, two Irish communities share their enthusiasm to learn the result.

Doonbeg and Ballina support incumbent Donald Trump and his Democratic challenger Joe Biden respectively, but for rather different reasons.

Residents in Doonbeg, County Clare are firmly in the Trump camp. The success of the Trump International Hotel situated in the village has generated so much revenue for the surrounding economy, he can do no wrong in their eyes.

“Local employment, remaining local access to the beach area, using local suppliers,” are some of the reasons for the hotel’s popularity among locals, Doonberg trader Rita McInerney told Euronews.

His sons have even stopped in at Tubridy’s pub to pour pints in the past.

Doonbeg is also the ancestral home of Trump’s deputy, Mike Pence, who once had a summer job in one of its pubs.

Such is the love of Joe Biden’s distant family for the Democrat in the town of Ballina, County Mayo that they recently painted a mural in his honour.

The former vice-president’s family connections in Ireland run from the east coast’s Cooley peninsula to Ballina in the west, where his great-great-great-grandfather emigrated to the US from in the 1840s.

Biden is adored in the town and his relatives, including Laurita Blewitt, are rooting for him to win.

“…he talks about always (having) been reared with Irish values. Ireland is very important to him and his family, and always has been,” Blewitt said.

Having already met him when he visited Ireland in his role as vice president, they are hoping he will make good on a 2016 promise that he’ll return to the town should he be elected.

Coronavirus D614G mutation found in 99.9% of cases at US hospital