‘This is something all visitors to Australia need to know’: American expat reveals the bizarre habit Aussies have when it comes to visiting friends

An American expat living in Australia has issued a warning to others who are planning to visit the country about Aussies’ unusual habit of showing up at the homes of their friends and family unannounced.

Meghan Maire who moved from Houston, Texas to regional New South Wales admitted that she is always ‘stressed’ out when a visitor ‘drops in’ unexpectedly.

In an amusing TikTok video, the young traveller urged foreigners to brace themselves before they move Down Under. 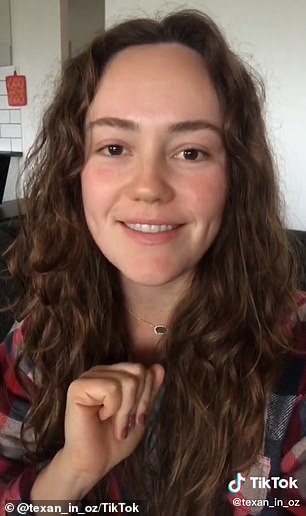 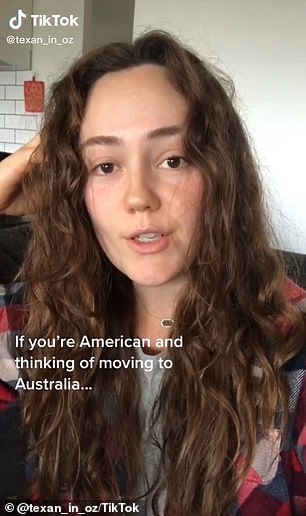 ‘If you’re American and you’re thinking about moving to Australia, there’s something you need to know…’ she said in her video.

‘Something you need to prepare yourself for. Something that will stress you out, and that thing is… dropping in. Australians will just show up at your front door, unannounced with no pre-arranged plans.’

Despite the ‘stressful’ situation, Meghan said she has learned how to cope when someone casually rocks up at her front door.

‘It’s ok, all you need to do is offer them tea and coffee,’ she explained.

‘You might not be wearing pants, and they won’t care. You will never get use to this, and it will always stress you out, welcome to Australia.’

Meghan added: ‘I do love the idea of people just wanting to spend time with their mates, no matter the circumstances. It’s just taking some getting used to.’

Her video has since been viewed more than 390,000 times, with many Aussies admitting they too feel ‘stressed’ when someone ‘drops in’.

‘I can’t stand it and I’m Aussie,’ one wrote, while another added: ‘Australian here, can confirm, this stresses me out but yes, it happens.’

Other Aussies shared amusing ways to avoid seeing people who ‘drop in’.

‘Australian here who will turn off the lights and hide if anyone shows up,’ one woman wrote, while another said: ‘I do the hiding if people come to my home. I’m more of the visitor and like to go to them.’

However, some Aussies revealed it’s not common for them or anyone they know to drop in on each other unannounced.

‘That’s not really a thing and I’ve been here my whole life. Only very good friends might do that… and that’s rare,’ one man wrote, while another added: ‘Aussie here, I would never do this and I’d be annoyed if my family or friends just rocked up.’

One woman said: ‘Nope no one does this to me and I’ve lived here my whole 31 years… thank goodness.’

While another pointed out: ‘It’s very true for country Australia but not so common for people living in cities.’

THE WEATHER: The sun in Australia is strong. I didn’t respect this at all when I arrived. I neglected to buy decent sunscreen and paid the price with bad sunburn. My skin blistered and peeled off for weeks afterwards. The sun is deadly in Australia, take precautions or you’ll end up redder than a lobster!

AUSTRALIANS SWEAR A LOT: I didn’t realise this until I went round to the house where the girl I was seeing at the time lived. Two of her housemates were Australian and were not shy of blurting expletives out at every opportunity. The use of one word, in particular, struck me. They would call me a ‘good c**t.’ I would never dream of using this word in England. Never mind, as a form of praise for somebody.

BEER SIZES: In England, when you ask for a beer you get a pint. In Australia, you don’t get pints, you get a schooner, which is 3/4 of a pint. Then, if you’re in a state such as Victoria, you might get a pot, which is more or less a 1/2 pint. The worst part about this? The smaller sizes cost more than a pint back in England.

COFFEE: Coffee in Australia is so much better than any of the rubbish they drink in America that it’s almost sad.

New California law, the first of its kind, requires racial diversity on corporate boards of directors

Tokyo Olympics: Algerian judoka is SENT HOME from Games after refusing to face an Israeli opponent

Algerian judoka Fethi Nourine is SENT HOME from Tokyo Olympics and suspended from the sport after...