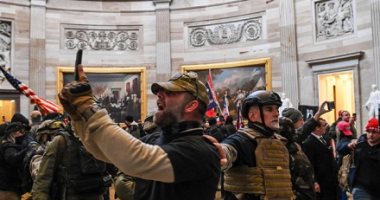 The Acting Secretary of Homeland Security added that supporters of the outgoing US President Donald Trump chose violence to achieve political goals, and this is unacceptable.

The Acting Secretary of Homeland Security said that incitement to violence by an elected official contradicts our identity as Americans.

He added: I appeal to President Trump and all officials to strongly condemn the violence that occurred yesterday.

'After all I've done for Trump.' What Mike Pence said in Capitol

Capitol riots: A visual guide to the storming of Congress

China: Washington will pay a heavy price for its mistakes in the Taiwan and Hong Kong issues

Painful transition? Poland agrees to phase out coal mines by 2049

They didn't earn style points, but the only thing that mattered to the Bucks was getting...