US issues alert for El Salvador due to emergency regime 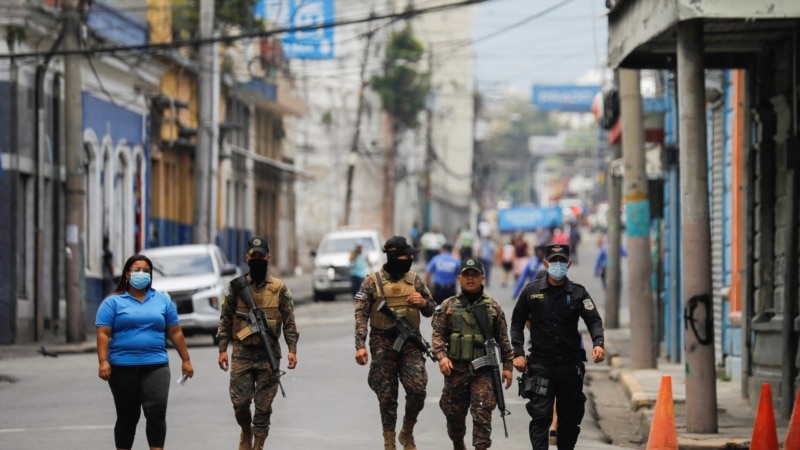 The United States embassy in El Salvador issued a security alert before the extension of the regime of exception and national emergency, announced by the government of President Nayib Bukele earlier this week.

“Although there are no indications that US citizens are the target, people traveling to or residing in El Salvador should be aware that US citizens have been arrested under the terms of the emergency measures,” the embassy reported through of a Press release on Wednesday.

Since last March 26, the Salvadoran Congress approved the state of emergency and national emergency, thus suspending some constitutional rights and guarantees of Salvadorans, such as the right of a person to be duly informed of their rights if they are arrested in the framework of operations carried out by the army together with the police.

In addition, the arrested person is not allowed the assistance of a lawyer and the period of administrative detention is extended from 72 hours to 15 days; Likewise, it allows the authorities to seize the correspondence and cell phones of those they consider suspicious.

The US headquarters in the Central American country also warns that, although the measure is scheduled to end on May 26, “there is a possibility that they will be extended again”, which is why it also made the service numbers available to its citizens. and emergency where they can contact in case of any mishap.

Until now, US authorities have not given details of the US citizens detained under the exceptional regime imposed in El Salvador, however, the news agency AP cited two people, including a minor, arrested on April 12.

Early on Wednesday, Bukele reported on his Twitter account about the capture of more than 1,400 people in the last 24 hours, a record number in a single day since the start of the emergency regime.

The president also added that in just 32 days, 19,000 arrests have been made.

However, despite the fact that the Salvadoran president announces the figures as an achievement of his Administration, human rights observers have reported excesses and claims that innocent people are being caught up in the raid.

while journalists have raised fears of censorship through prison sentences of up to 15 years for “sharing” gang-related messages in the media.

“During the last 30 days, the government of President Bukele has trampled on the rights of the Salvadoran population. From legal reforms that violate international standards to arbitrary mass arrests and ill-treatment of detainees, the authorities in El Salvador have created a perfect storm of human rights violations,” said Erika Guevara-Rosas, Americas Director at Amnesty International. in a communiqué.

Instead of ordinary courts, suspected gang members are brought before judges whose identities are unknown and who hide their faces, according to the government, to protect their physical integrity. Trials also lack witnesses.

Ante the alarm for the measuresconsidered extreme by national and international organizations, the country’s attorney general, Rodolfo Delgado, has insisted that “honest people have nothing to fear” and has asked critics to refrain from commenting.

José María Tojeira, former director of the Human Rights Institute of the Central American University (UCA), reminded the Salvadoran State, in an editorial published on his Twitter account, that “it must combat any violation of rights” and not undermine them.

“Falling into account that Human Rights, being universal, defend the rights of people and not of criminals, is essential to be able to understand and even defend what we call democracy,” he said.

El Salvador, which has a poverty rate of 30.7% and an unemployment rate of 9.5% in 2021. According to the sixth State of the Region 2021 report, it is one of the Central American countries with the highest rates of migration .

According to the country’s authorities, the Mara Salvatrucha (MS-13) and Barrio 18 gangs have some 70,000 members, almost half of whom are behind bars.

Al-Furqan Mosque in the city of Jadu..a beacon of science and the jewel of Islamic architecture in Libya | Mix

Al-Furqan Mosque in the city of Jadu..a beacon of science and the jewel of Islamic architecture in Libya | Mix