US lawmakers criticize Mexican president’s harassment of the judiciary 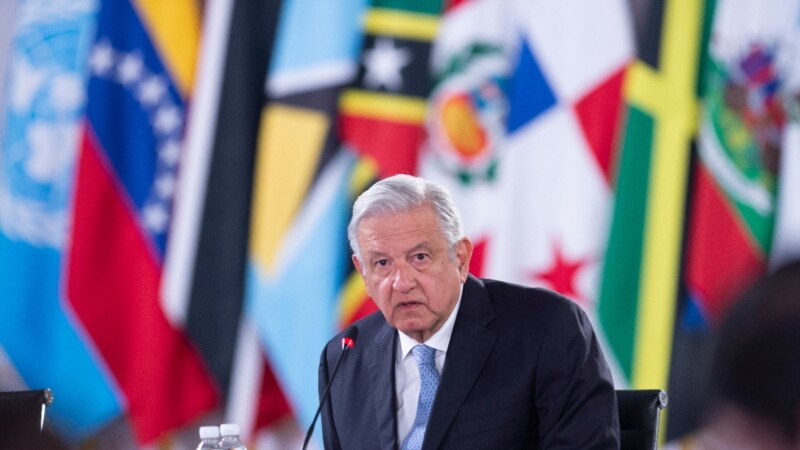 Democratic lawmakers in the United States warned Wednesday about what they say is mounting evidence that Mexico’s attorney general, a crucial Washington ally on public security, is besieging the nation’s judiciary and focusing on opening trials. against opponents of President Andrés Manuel López Obrador.

In a forceful letter Wednesday to Secretary of State Antony Blinken and Attorney General Merrick Garland, Senator Bob Menendez, the influential chairman of the Senate Foreign Relations Committee, and three of his colleagues called on the government of President Joe Biden to voice their concerns directly to their Mexican counterparts.

“The López Obrador government has been marked by an increasingly clear pattern of apparently selective judicial procedures that disproportionately focus on critics of the government,” reads the letter to which he The Associated Press had access.

“The efforts of President López Obrador to promote legitimate accountability initiatives must strengthen, not dismantle, democratic institutions and the rule of law,” the letter indicates.

The letter, which will undoubtedly anger López Obrador and his allies, focuses on several questionable actions and what lawmakers consider to be “personal vendettas” by Attorney General Alejandro Gertz Manero.

The head of the Attorney General’s Office, a close ally of the president, first came to the attention of US officials after the administration of then President Donald Trump dismissed drug-related criminal charges against former Defense Secretary Salvador Cienfuegos. and sent him back to Mexico after receiving a promise that he would be investigated in the country.

But the investigation against Cienfuegos was quickly closed, and Gertz Manero later threatened to file charges against US prosecutors, who are used to working closely with Mexican authorities in the fight against drug cartels.

“We ask you to seriously consider the risk of a weakened and politicized judicial system in Mexico,” says the letter, which was also signed by Vermont Senator Patrick Leahy, chairman of the Committee on Budget Appropriations, and Senators Benjamin Cardin, from Maryland. , and Jeffrey Merkley, for Oregon.

López Obrador was elected in 2018 after campaigning on a promise to clean up corrupt Mexican politics, and he likes to brag about his commitment to austerity when traveling on commercial flights.

Moment by moment.. developments in Russia’s war on Ukraine | News

Moment by moment.. developments in Russia's war on Ukraine | News