US officials travel to Venezuela and meet with government officials: according to media 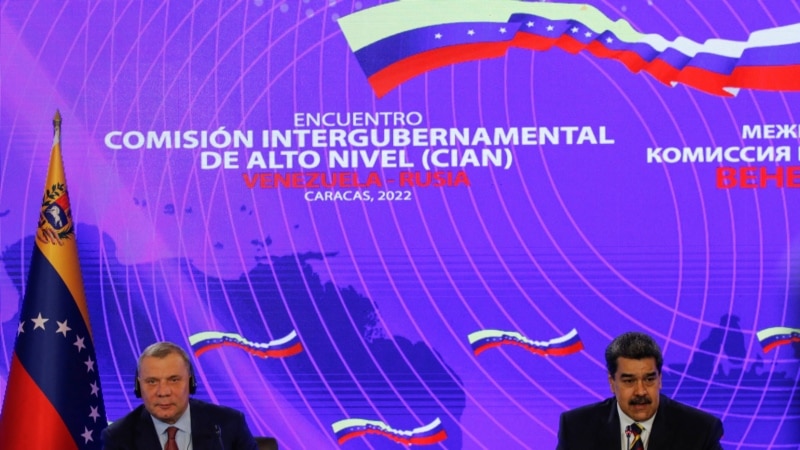 The US government delegation, the first to travel to the South American country in years, would have been made up of officials from the State Department and the White House, according to the newspaper The New York Timeswho was the first to give the information.

U.S. and Venezuelan officials held a round of talks on Saturday, but no agreement was reached and it is unclear if another meeting will take place, the news agency reported. Reuters.

The trip came as part of a US attempt to isolate Russian President Vladimir Putin, sanctioned by the US and Europe as a result of the war with Ukraine. Some analysts also see the US-sanctioned Venezuela as a possible alternative source of oil supplies should Washington try to restrict energy shipments from Moscow.

The US and Venezuela severed diplomatic relations in 2019, after the government of former President Donald Trump recognized opposition leader Juan Guaidó as interim president of Venezuela.

President Joe Biden’s administration has insisted it will not lift sanctions, including on Venezuela’s vital oil sector, unless Maduro takes concrete steps to hold free elections.

The US and its allies have come under increasing pressure to further punish Russia for its military attack on Ukraine by sanctioning Russian oil and gas exports, and the White House has said all options remain on the table.

Some commentators have suggested that easing sanctions on Venezuela could provide an alternative source of global energy supply, though critics say Maduro should not be allowed to profit without changing his behavior.

On February 25, the Venezuelan government blamed the US and NATO for the crisis in Ukraine, although it expressed “concern about the worsening of the crisis.” Cuba and Nicaragua have also defended Putin’s position on Ukraine.

In a phone call on March 1, Putin and Maduro discussed the situation in Ukraine and talked about increasing a strategic partnership between Russia and Venezuela, the Interfax news agency reported, citing the Kremlin.

With information from Reuters

Developments of Russia’s war on Ukraine today.. Successive explosions in Kyiv and Russian forces mobilize on its outskirts | Politics news

Developments of Russia's war on Ukraine today.. Successive explosions in Kyiv and Russian forces mobilize on its outskirts | Politics news