Former world number one Jon Rahm is the US Open champion after ending his tournament with a pair of clutch birdies to edge South Africa’s Louis Oosthuizen by one stroke.

Defending champion Bryson DeChambeau was in the hunt earlier in the day, but shot 8-over-par on the final nine holes to finish nine strokes behind Rahm, who shot 4-under 67 in the final round to finish at 6-under for the tournament.

Oosthuizen led for much of the last round but two bogeys on the way in left him one shot behind Spaniard Rahm.

Oosthuizen eagled the par-five last in the third round, and had to do so again to force a playoff with Rahm, but the 2010 British Open champion could only manage a birdie to finish with an even-par 71.

Monday’s (AEST) victory for Rahm came two weeks after he was sensationally told he had tested positive for coronavirus as he left the course with a six-stroke lead after the third round at the Memorial PGA tournament.

Jon Rahm addresses his COVID withdrawal at the Memorial

This is the power of positive thinking. I was never resentful for anything that happened, and I never blamed anyone.

COVID has affected a lot of people, and I had the best posible hand — nobody in my family got sick, I barely had any symptoms. But I have lost lots of people have back home.

I know some people may say it was unfair, but it had to be done. We have to be aare of what is happening in this world.

The magic moment for Jon Rahm 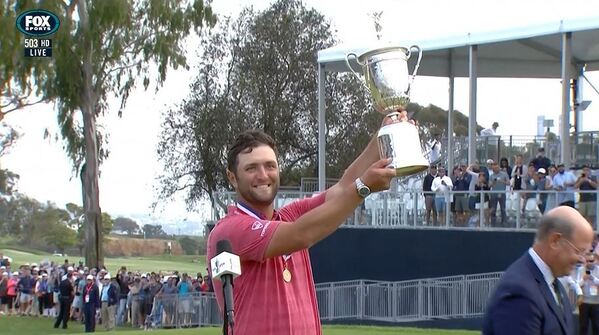 In case you missed it, this was Rahm’s story at the Memorial Tournament just two weeks ago. He was six shots clear, striking the pants off it, only to be told as he walked off the 18th green that he had tested positive for COVID, and had to withdraw.

He only got out of quarantine a couple of days ago, and has now come out and won the US Open.

One more time… those winning putts from Jon Rahm

Two of the most clutch putts you’ll ever see. Birdies on the 17th and 18th to win the US Open by a shot.

Jon Rahm has won the US Open!

Jubilant celebrations for Jon, his wife Kelley and newborn son Kepa — all this on Father’s Day over there too! He’s the first Spaniard to ever win the US Open:

So this is it. Louis Oosthuizen has to hole out from the fairway to force a playoff…

I think he had to. He probably should have got it a little closer to the water and the green, but at least the ball is in play. He honestly had no play at the green with that lie. At least he has a 1% chance of holing out from here.

Food for thought for Louis Oosthuizen

Looks like he’s weighing up going for the green, and brining the water into play, or laying up short and hoping for a miracle chip-in. Odds firmly stacked against him either way.

All down to this for Louis Oosthuizen

Remember, he eagled this hole yesterday…

But today Louis has missed the fairway! It’s in the rough, he’s going to have to swing his eyebrows off to get that one on the green.

He has to go for it, but the most likely outcome here is that ball plonking in the middle of the pond in front of the green. We’ll soon see.

Not by much, but a miss all the same. He’s two shots back with a hole to play thanks to that bogey.

He has to eagle the last to force a playoff. Not impossible.

He has this for par, which would mean he is a birdie away from forcing a playoff. Big putt coming up… 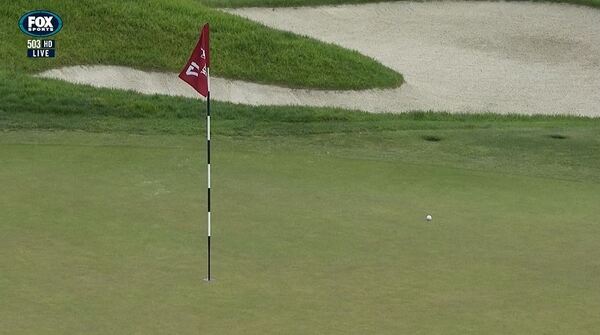 Louis Oosthuizen drives into the canyon on 17!

And that, my friends, might just about be that. Making par from there is a significant long shot. Jon Rahm may have just cracked a smile in the clubhouse.

We’ve found it though, so he might be able to hack something out. Gonna take something special. 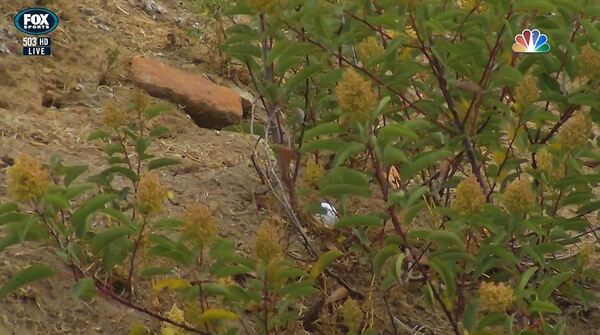 Nope, he’s taking a drop and wearing the penalty. Probably the smart play.

Not a good putt from Louis Oosthuizen

He now has this to save par.

If he drops one here, it’s a long way back.

HE SINKS IT! Ice cold. Louis still in it.

It has gotten UGLY for our good friend Big Chungus. 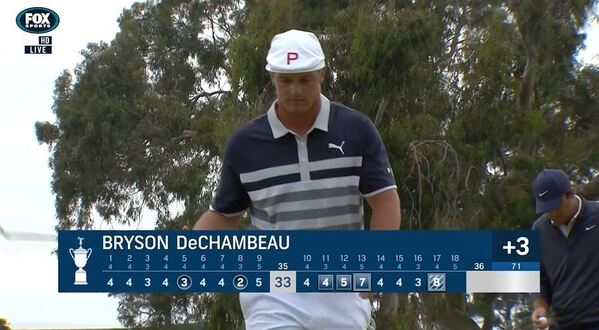 Yep, that is an EIGHT on the 17th. He drove it into the canyon, scuffed it into the rough, absolutely shanked the next one to nowhere, bad chip, two putts.

You hate to see it.

Oosthuizen on the tee at 16

Long, tricky par-three. He plays a confident long iron and finds the middle of the green, no fuss. This is a tough hole, if he can get out of this with a par he’ll be feeling real good about things.

So all eyes are now on Louis Oosthuizen

He’s got a knee-knocker for par on 15… and he drains it. Not sure his knees ever knock over short putts, to be honest.

So Louis has three holes to play, one shot down. PLENTY of time for him to do what he needs to, especially with the 18th lurking just ahead of him.

This is miles from over.