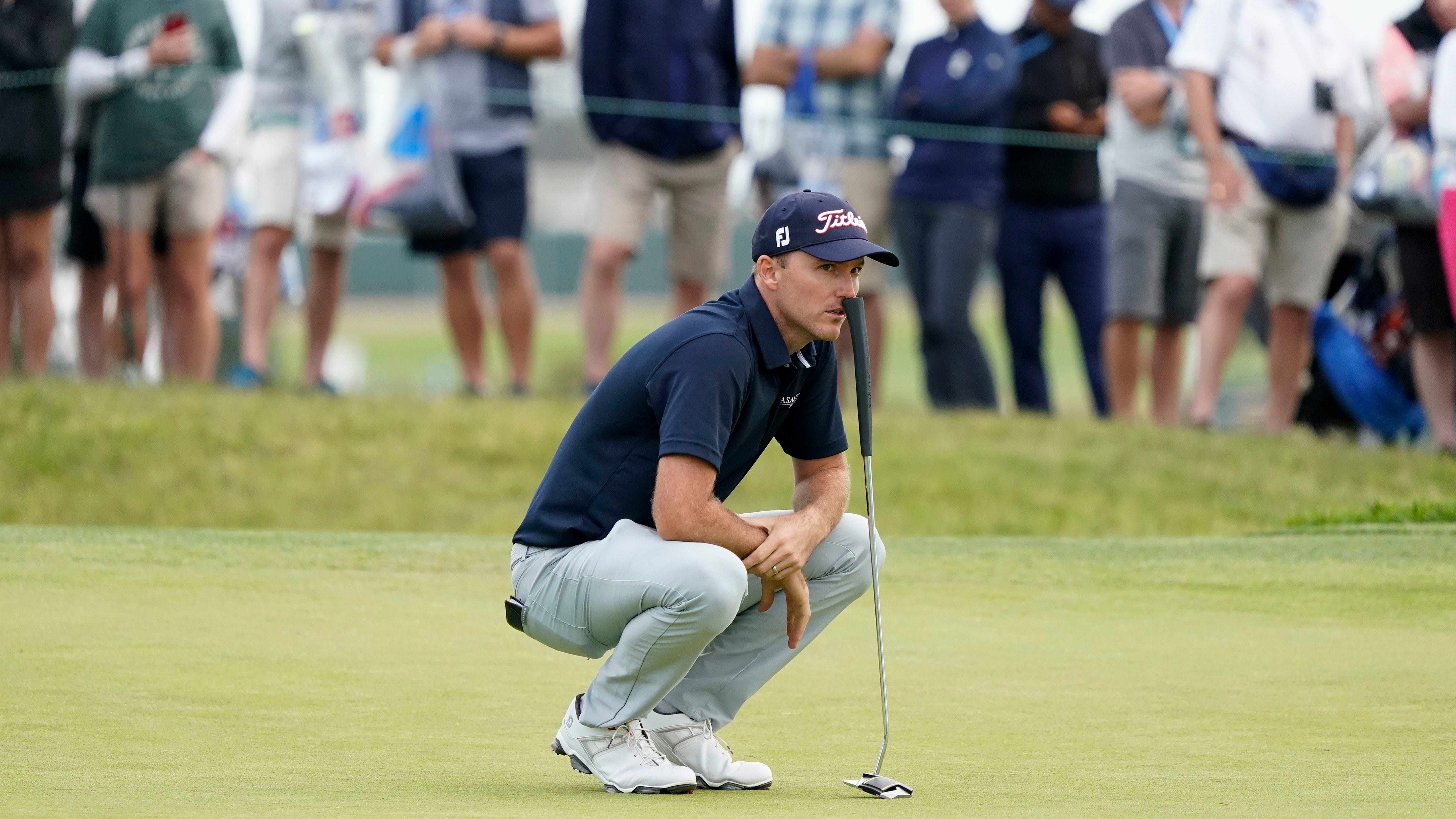 
Raise your hand if you had a guy named Bland sharing the 36-hole lead on your U.S. Open bingo card. Now put it down. Even he didn’t.

The 48-year-old Englishman — first name, Richard — won the first tournament of a not-so-distinguished European Tour career at the British Masters just last month to snap on 0-for-447 streak and earn an invitation to Torrey Pines. Next, he followed up his opening-round 67 with a 70 on Friday, sharing the top spot on the leaderboard with the slightly-less-improbable Russell Henley at 5 under.

To suggest the golf world didn’t see either one coming might be an understatement.

“Most guys who come in here,” a reporter asked Bland at his post-round news conference, “have Ping or Titleist across their hat. What’s the story behind …”

“This is just my golf club back home, the Wisley,” Bland said. “I don’t have a hat kind of deal at the minute. … I kind of said to the golf club, ‘Look, it would be quite nice if I wore the hat,’ and they gave me sort of like 10 to come out here with.”

Henley, on the other hand, has a golfing pedigree. The former college golfer of the year award winner at Georgia turned pro 10 years ago and has won three times on the PGA Tour, the last one in 2017. He hasn’t recorded a single top-10 finish in 26 previous major appearances.

“I’ve never been in this position before in a major,” Henley said. “Just feel like I’m going to learn something no matter what happens.”

What the rest of us learned — or at least, were reminded of again — is that the U.S. Open deserves its reputation as the toughest test in golf. Unlike the double-digit birdie-fests the PGA Tour stages to favor the big-hitting stars every week, there’s never any question where the United States Golf Association set-ups fall on the risk-reward scale.

It isn’t just the narrowed fairways and speeded-up greens. The only time a PGA Tour player encounters anything as tall and gnarly as the rough pinching those fairways and ringing every green is after returning from a month on the road to find out the gardener retired.

That’s not to say, of course, that the game’s stars can’t play tough courses, too. Among others, Matthew Wolff is at 4 under, Jon Rahm at 3 under, and Brooks Koepka, Colin Morikawa, Justin Thomas and Bryson DeChambeau are all at even-par. Even 51-year-old Phil Mickelson, at 2 over, is still within shouting distance of the lead.

But when a layout like Torrey Pines punishes mistakes as richly as it rewards birdies, it puts every golfer on the defensive and brings steady, short-hitting players like Bland and Henley into the mix. The other thing it does is fray everyone’s nerves.

The 22-year-old Wolff has talked candidly this week about the two months he stepped away from the game to decompress, and how arriving with no expectations beyond enjoying his rounds has lightened the burden. Just as revealing was the answer Bubba Watson, who’s at 3 under, gave when a reporter asked about his comfort level at Torrey Pines this week.

Watson, a two-time Masters champion, suffers from severe anxiety. He’s uncomfortable being in large crowds, feels self-conscious in the spotlight and worries about being judged – hardly the profile of a top-flight golfer.

“I’m going to be honest with you,” Watson began his reply. “Don’t tell nobody; this is a secret. I am nervous over every shot, OK? Told a guy out there … he said, ‘Man, great putt. You make everything.’ I said, ‘I’m trying to lag it, man, but they keep falling in.’

It’s small consolation, but the USGA has found a way to make even the most cold-blooded pros feel the pressure.

“Most times if I’m five back going into a Saturday, I need to probably make 12, 15-plus birdies on the weekend to hang in there,” said Thomas. “But this is a U.S. Open. It’s a little bit different.