US police are blocking all streets around the Nashville, Tennessee blast 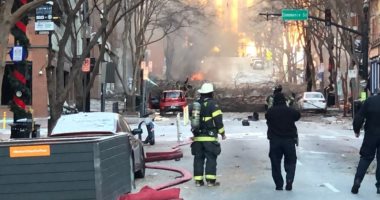 The American police said that the explosion that rocked in the early hours of Friday in downtown Nashville, Tennessee, was a deliberate act, and confirmed that all streets leading to the area were closed, according to “Russia Today”. In the city center, it exploded at 6:30 in the morning, causing damage to a number of buildings in the neighborhood. The office indicated that its teams that rushed to the site of the accident are currently assessing the extent of the damage caused by it, and no injuries have been reported so far.

The Nashville Fire Department called on citizens to stay away from the scene of the accident, while the police confirmed that investigations are underway with the participation of the Bureau of Investigation and FBI.

A local resident told “The Associated Press” that the explosion was very strong and broke all the windows in his house, noting that the accident caused fire to about four other cars at the site.