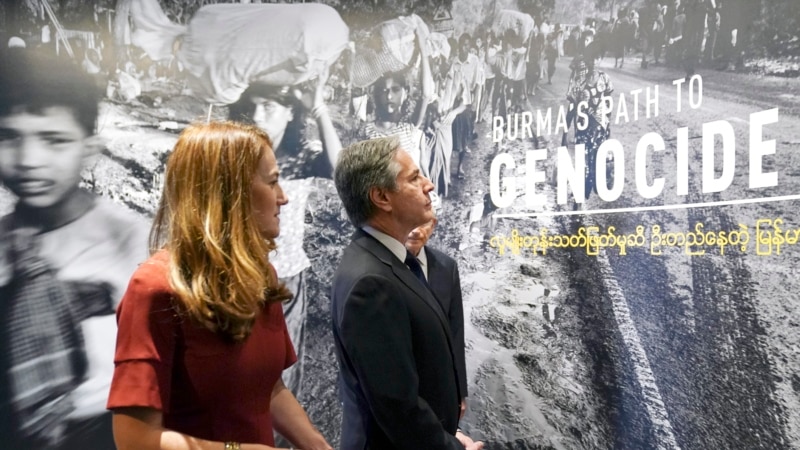 The US Department of State greeted this Thursday the day of Remembrance of the Holocaust and the memory of its victims and survivors.

“Under the theme ‘Courage versus evil,’ today we commemorate Holocaust Remembrance Day and honor the victims and survivors of the Holocaust,” Secretary of State Antony Blinken said in a statement.

It is a memory “to all the survivors of the Holocaust, to the six million Jewish men, women and children who were murdered, and to the millions of others who suffered incredible persecution and inhumanities, such as Roma, people with disabilities, and LGTBQI+ that were part of the dehumanization campaign of the Nazis,” he added.

Blinken said that at a time like the present, “our purpose remains to stand united against tyranny, lies and hate in all its forms.”

“We have to ensure that current and future generations learn the history and lessons of the Holocaust, so that they can feel a responsibility to stand up to injustice and take action against atrocities wherever they occur,” the secretary explained.

Blinken warned that “this work is urgent” because “every day fewer of the survivors are among us, while those who deny and distort the history of the Holocaust find new malicious ways to spread their lies.”

“Their precious lives and their memory teach them why it is important not only to remember, but also to act,” Blinken concluded. “Each act of courage in the face of evil gives meaning to our sacred vow of ‘Never Again’.

Naomi Judd, Of Grammy-Winning Duo The Judds, Dies At 76

Watch- Instead of the men’s failure, the Barcelona women’s team qualifies for the European Champions Final | Football

Watch- Instead of the men's failure, the Barcelona women's team qualifies for the European Champions Final | Football