US Senate leadership calls on Biden to end Title 42 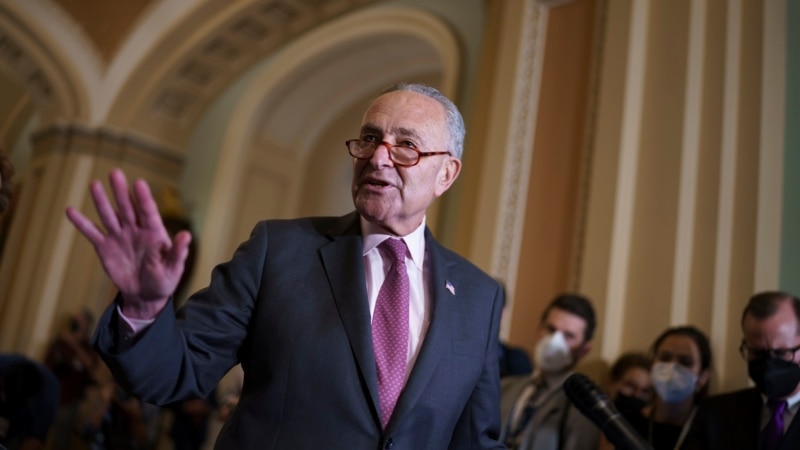 The majority leader in the United States Senate, Chuck Schumer, asked the administration of President Joe Biden on Thursday to end the Title 42 rule as soon as possible, which allows undocumented immigrants to be expelled from the country at border points without evaluating their situation. .

The petition was also endorsed by the president of the Senate Foreign Relations Committee, Robert Menéndez, in a joint teleconference with leaders of organizations that watch over the rights of immigrants.

Schumer said that the justification put forward by former President Donald Trump, at the beginning of the pandemic in March 2020, and accepted so far by President Biden, is no longer supported at this time in the face of progress in the fight against the pandemic.

“Two years later, it is unacceptable that the Biden Administration keeps it in force,” said the highest voice in the Senate.

For Senator Menéndez, the fact that the Departments of Homeland Security (DHS), the State Department and the Centers for Disease Control and Prevention (CDC) do not make urgent changes to end this rule calls into question the spirit of the United States as nation.

“It is a contradiction of values ​​and laws,” said Menéndez, who also considered that keep the rule in force It continues to have a negative impact on public opinion and even more seriously on the thousands of migrants who flee their countries where their lives are in danger to seek protection in the United States.

“I have a particular interest in the CDC, because it is part of the Administration,” said Menéndez about the evaluations that the government office makes of the behavior of COVID-19.

Last week the Federal Court of Appeals for the District of Columbia ruled that President Biden’s administration cannot be expelled from the countrywithout the right to a court hearing, to immigrants under the precept of Title 42.

The three-judge panel reasoned that “it is likely that [el Título 42] grants the Executive broad authority to bar aliens from entering the United States during a public health emergency (…) under the Convention Against Torture, the Executive may not remove aliens to countries where their lives or their freedom is threatened”.

Data from different federal agencies estimate that the US would have expelled some 181,000 migrant families at the southern border crossings under Title 42. That figure would represent only 25% of the irregular arrivals through the southern border in the two years.

The Secretary of National Security, Alejandro Mayorkas, has defended keeping that rule in force that it has not considered as a “migratory” measure and believes that it should remain as long as the “public health need” caused by the coronavirus persists.

The representatives of organizations urge the Biden administration not to appeal the decision made by the federal judges.

Report in Lotan: Mariupol was razed to the ground to make it an example to the rest of Ukraine… Why is it the same? | News

Report in Lotan: Mariupol was razed to the ground to make it an example to the rest of Ukraine... Why is it the same? | News