US Senator Jerry Ralph dies of infection with the Coronavirus 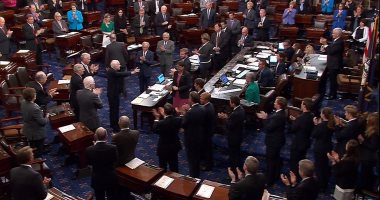 Peggy, Ralph’s wife, stated that her husband Jerry had undergone tests that revealed his infection with the virus on November 13, after it was found that he had been exposed to the virus in Minnesota and that he was admitted to a hospital emergency room during the weekend after the symptoms appeared on him.


Jerry Ralph was elected in 2016 to the Senate for a four-year term from Minnesota after narrowly winning over his Democratic opponent Dan Woolgamot, with about 100 votes in the recount, but he lost in the renewal elections for his seat in the state during the last elections, Military veterans and served during the Vietnam War.

Queensland SHUTS its borders to Sydneysiders