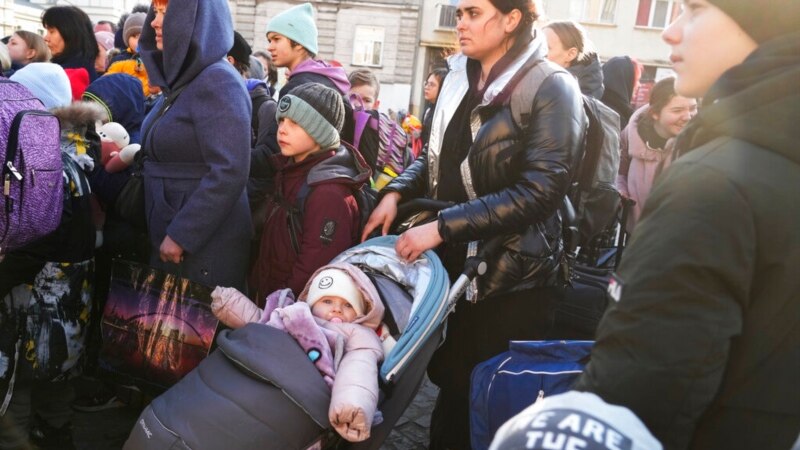 The White House on Thursday announced plans for the United States to welcome back up to 100,000 Ukrainians and others fleeing the Russian invasion of the Eastern European nation.

In a statement on its website, the White House said the plan is part of a larger $1 billion humanitarian aid package to help all those affected by “Russia’s war in Ukraine.”

The White House said that while it hopes most Ukrainians will choose to remain in Europe close to their families and homes, refugees will be welcomed through the US Refugee Admissions Program and other customary legal avenues. The statement says it is also looking to expand and develop new programs focused on Ukrainians who have relatives in the United States.

They say the US government is coordinating closely with the European Union on efforts to help refugees and provide humanitarian transfers and admissions to ensure they are free.

The White House statement said the new humanitarian package will also include funds to ensure food security, shelter, clean water, medical supplies and other forms of assistance for those affected by “Russian aggression.”

The statement says the package includes an additional $320 million in funding for democracy and human rights for Ukraine and its neighbors.

The White House says that since February 24, the United States has already provided more than $123 million to help Ukraine’s neighbors and the European Union receive and house the millions of refugees who have fled the country, with funds divided between Poland, Moldova, Romania, Hungary and the Slovak Republic.

Deer Keep Leaping Off A Pennsylvania Highway Bypass To Their Deaths