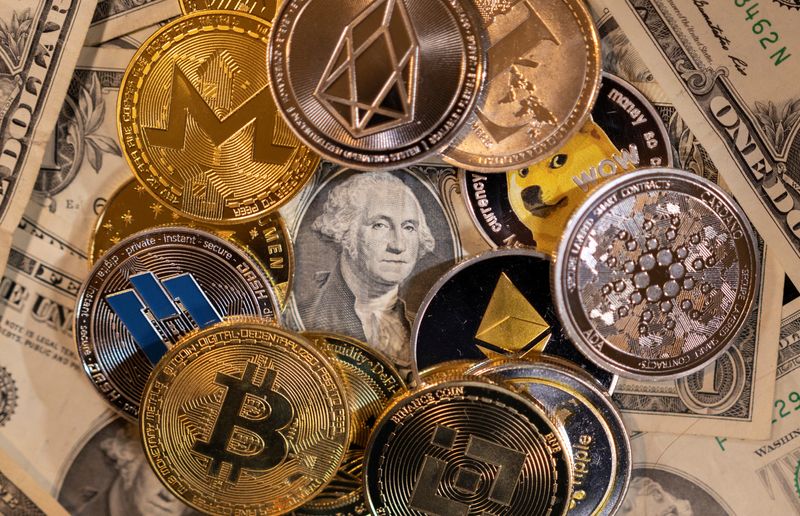 By Andrea Shalal and Katanga Johnson

WASHINGTON, March 9 (Reuters) – U.S. President Joe Biden is set to sign an executive order on Wednesday that requires his administration to assess the risks and benefits of creating a central bank digital dollar, as well as other issues related to cryptocurrencies, said representatives of the US Executive.

Biden’s order will require the Treasury Department, the Commerce Department and other key agencies to prepare reports on “the future of money” and the role cryptocurrencies will play.

Broad oversight of the cryptocurrency market, which topped $3 trillion in November, is essential to ensuring America’s national security, financial stability, and competitiveness, as well as preventing the growing threat of cybercrime, according to officials.

Analysts see the long-awaited executive order, first reported on Monday, as a stark acknowledgment of the growing importance of cryptocurrencies and its potential consequences for the US and global financial systems.

One of its key measures directs the US government to assess the technology infrastructure needed for a potential US central bank digital currency, an electronic version of dollar bills.

In January, the Federal Reserve raised with Congress the question of whether the United States should pursue a digital dollar, leading analysts to predict that such a project would take years.

But one official said the United States would go ahead with developing a digital dollar, albeit with caution given the dollar’s role as the world’s main reserve currency.

“We have to be very, very deliberate about that analysis, because the implications of our move in this direction are profound for the country that issues the world’s main reserve currency,” the official said.

Nine countries have launched central bank digital currencies and 16 others – including China – have started developing these types of digital assets, according to the Atlantic Council, leading some in Washington to worry that the dollar could lose some of its dominance. in favor of China.

(Reporting by Andrea Shalal and Katanga Johnson in Washington; edited in Spanish by Benjamín Mejías Valencia)

©Reuters. Lacalle Pou tells British investors that Uruguay offers "hope" London, May 23 (.).- The president of Uruguay, Luis Lacalle Pou, offered his country on Monday as a...