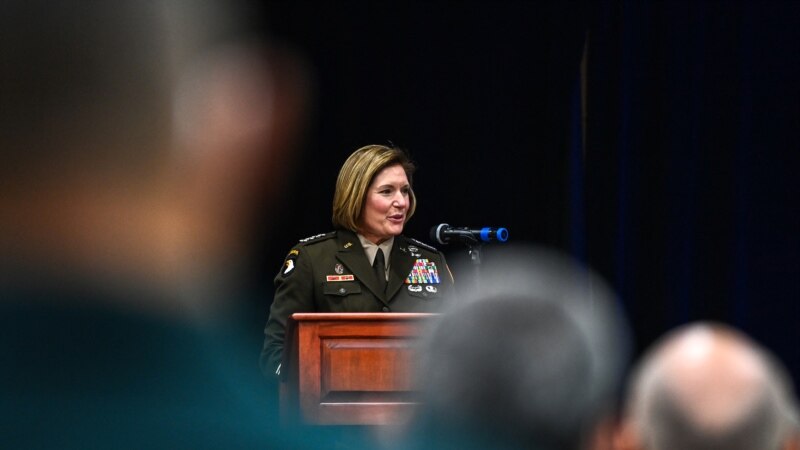 The United States Government remains vigilant to the movements of Russia and China in the south of the American continent. This Thursday, during a hearing before the US Senate, General Laura Richardson, head of the Southern Command, expressed her concern about the “aggressive expansion” of both countries in that region.

“I have been in charge for almost five months and what has opened my eyes the most was the extent to which China and Russia are aggressively expanding their influence in our neighborhood, in Latin America and the Caribbean,” Richardson said, stressing that this area “is experiencing a insecurity and instability.

Regarding the Asian giant, which the White House considers its “long-term strategic competitor”, he warned that the Xi Jinping government “continues its relentless march to expand economic, diplomatic, technological, computer and military influence.”

However, he considers that “the negative influence of the People’s Republic of China in this region could soon resemble the predatory and selfish influence that it now has in Africa”, but insisted that the interest of the Asian country is not to invest but to “extract” all the resources that suit China.

“Let’s be clear, the People’s Republic of China does not invest. They extract,” he stated.

In relation to Russia, Richardson pointed out that President Vladimir Putin “seeks to keep his options open and maintain relations” in South American countries at a particularly delicate moment for world peace after the Russian invasion of Ukraine.

“In January, the Russian deputy foreign minister said that he could neither affirm nor deny that Russia would send military assets to Cuba and Venezuela a few days before the invasion of Ukraine,” he commented. In addition, he recalled that “the Russian deputy prime minister visited Nicaragua, Cuba and Venezuela” a few weeks ago, just before the military operations began in Ukraine.

The links of the Kremlin and Latin America

About those three countries, Richardson said that “they maintain close ties with Russia and offer Putin a foothold in our hemisphere.”

He also referred to the meetings between the presidents of Brazil and Argentina with Putin in Russia, assuring that they “demonstrate a worrying potential expansion of Russia’s ties in the region” of the southern American continent.

This scenario, Richardson warned, has opened the door for criminal organizations to be able to operate practically “without opposition” in the region, which supposes a climate of instability and insecurity that will be difficult to placate in the short term if, in addition, it has the support from China and Russia.

“Transnational criminal organizations operate almost unopposed and open a path of corruption and violence that creates a gap and allows the PRC and Russia to exploit these countries,” he said.

All of this, says the head of the United States Southern Command, represents “a threat to the security of citizens, undermines public trust and government institutions, and drives irregular migration to our homeland.”

Joint strategies with partners and allies

That is why Richardson defended the need to continue addressing these problems with partners and allies in the region in order to create strategies and face these threats effectively.

“In my initial trips to Latin America and the Caribbean, it became obvious to me that our partners are our best defense as we work together to counter our shared threats,” she said, convinced that “all available levers must be used to strengthen our alliances with like-minded democracies in this hemisphere.

“We must maximize tools, such as security cooperation programs, to train and equip our partners’ militaries,” he added.

One of the examples he put on the table was that of Colombia, “a strong partner in the region” that “exports security by training other Latin American soldiers to counter transnational threats.”

“US Southern Command is putting integrated deterrence into action every day, using innovative methods to work seamlessly across domains,” he said.

In closing, he insisted that “now more than ever, the United States must lead in this hemisphere” and that “it requires constant focus and sustained investment to help build a shared neighborhood that is free, safe and prosperous for our generations to come.” .