Oleksandr Usyk hopes victory over Dereck Chisora will set him up for blockbuster fights with Anthony Joshua and Tyson Fury, and catapult him towards a career in Hollywood.

The Ukrainian headlines this weekend’s show at Wembley Arena, knowing a win would ensure he remains mandatory challenger to Joshua’s WBO title.

But conquering the heavyweight division is only the first item on the 33-year-old’s bucket list. 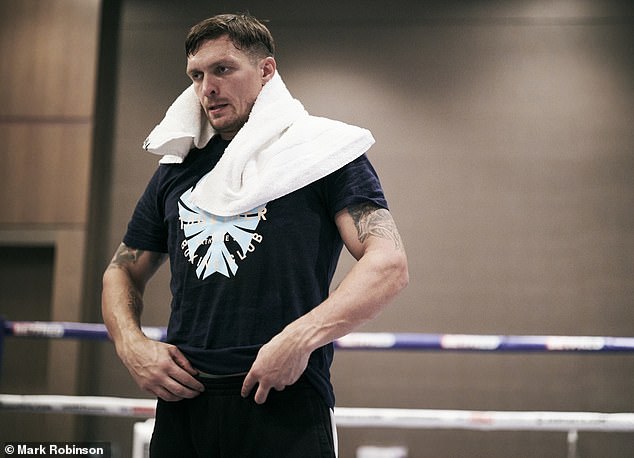 Then he wants to resume a fledgling acting career and take his place alongside the biggest names in film.

‘As long as I am motivated to get up at 5am to train and work hard, I will box,’ Usyk said.

‘The moment I feel I don’t want to get out of bed, I will start thinking about finishing my boxing career and starting on my Hollywood movie career.’

Usyk has made cameos in a few movies back in Ukraine and has even taken acting lessons. In 2017, ahead of his fight with Marco Huck in Germany, the 33-year-old was approached by Sylvester Stallone who wanted to cast him in the latest Rocky spin-off, Creed II. 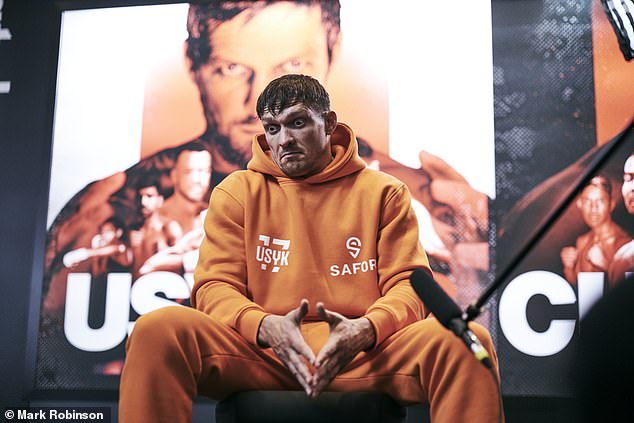 He turned that opportunity down but, should he continue his unbeaten career, Usyk can become a household name across the boxing world.

Eddie Hearn said: ‘Usyk is so fascinating, he is a star, made for movies. The social media numbers around him – even when he is just dancing – are mad.

‘People moan about Canelo (Alvarez), Gennady Golovkin and Vasiliy Lomachenko not selling fights, in the UK and America, because they don’t speak English. But here you have a guy who doesn’t even need to – it adds to his mystery.

‘He is a very deep thinker, Tony Bellew really liked him before their fight and Derek Chisora does too, that is so rare.’