Atletico Madrid moved level on points with leaders Real Sociedad with a 1-0 win over Valencia at Mestalla.

Coach Diego Simeone’s celebrating of the scrappy second half winner was that of a man who really wants the league title this season and believes if his team win hard-fought battles like this one, his team can achieve it.

Atletico were denied time and again by Valencia before an own-goal gave them all three points. 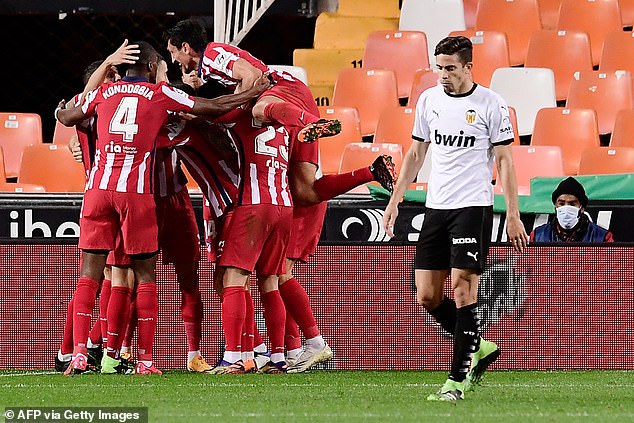 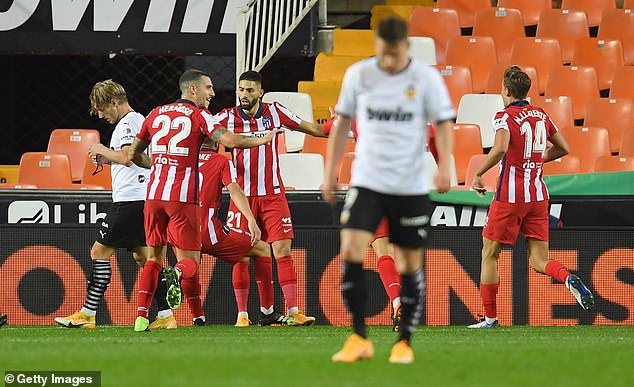 Simeone was without Luis Suarez, still waiting to return from a coronavirus positive, and Diego Costa, who has been diagnosed with deep vein thrombosis. But despite the absence of his two strikers he left Joao Felix resting on the bench.

That meant Thomas Lemar started and the 70m euros signing from two summers ago, who has been so disappointing since arriving from Monaco, was their best player in the first half.

He tested Jaume Domenech with a shot from distance that took a slight deflection. The Valencia keeper palmed the ball away for a corner. 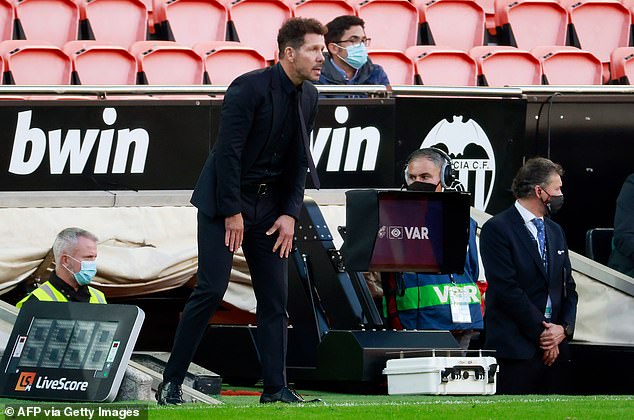 Valencia’s best chance fell to Uros Racic from a clever pass from Carlos Soler. Jan Oblak saved well at his near post. The Slovenian keeper was playing his 200th game in goal for Atletico.

Oblak had to save well again when Daniel Wass’ shot took a deflection off of Lemar but it was Domenech who made sure the game stayed scoreless before the break. He saved brilliantly from a long shot from Lemar and then got down well to push Angel Correa’s shot away.

There was yet another Lemar shot and Domenech save before the hour mark as Atletico kept pushing for the opening goal. Valencia lost Hugo Guillamon just after. He hobbled off clutching his hamstring and Eliaquim Mangala came on.

Atletico also made changes too with Joao Felix coming on for Renan Lodi at half-time and Yannick Carrasco replacing Saul who had been booked.

In the next round of changes the impressive Lemar went off without having got the goal his best performance all season had deserved. Vitolo came on for the Frenchman, and Geoffrey Kondogbia came on for Angel Correa, just 25 days after he left Valencia to join Atletico. 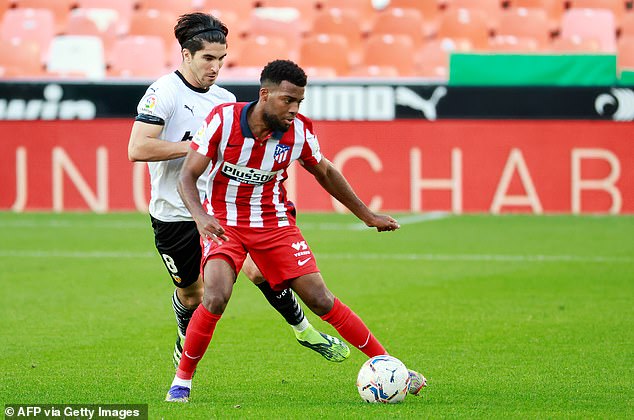 It was Carrasco who forced the breakthrough. He got to the byline and crossed from the left. Valencia full-back Toni Lato was running onto the ball, and aware of Kieran Trippier behind him, he inadvertently trundled it past his own keeper and into the back of the net.

The manner of the goal was tough on hard working Valencia but Atletico deserved their win. Only goal difference separates them from top-spot and they have a game in hand.

Black Friday 2020: You can still save big on MasterClass