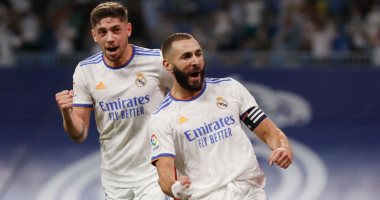 The Spanish team Real Madrid is preparing to play a difficult match against Valencia at 9:00 pm today, Sunday, in the fifth round of the La Liga competition at the Mestalla stadium. And the Spanish newspaper “Marca” published the expected line-up for Real Madrid against Valencia in today’s match, and it came as follows:

Real Madrid coach Carlo Ancelotti is looking forward to breaking the jinx against Valencia today, as the royal won only once against bats in the last 7 matches at the Mestalla stadium.

Carlo Ancelotti called up 22 players in Real Madrid’s squad to face Valencia, and they are as follows:

It is worth noting that Real Madrid occupies the second place in the Spanish league standings, with 10 points, behind leaders Atlético Madrid, who has 11 points.