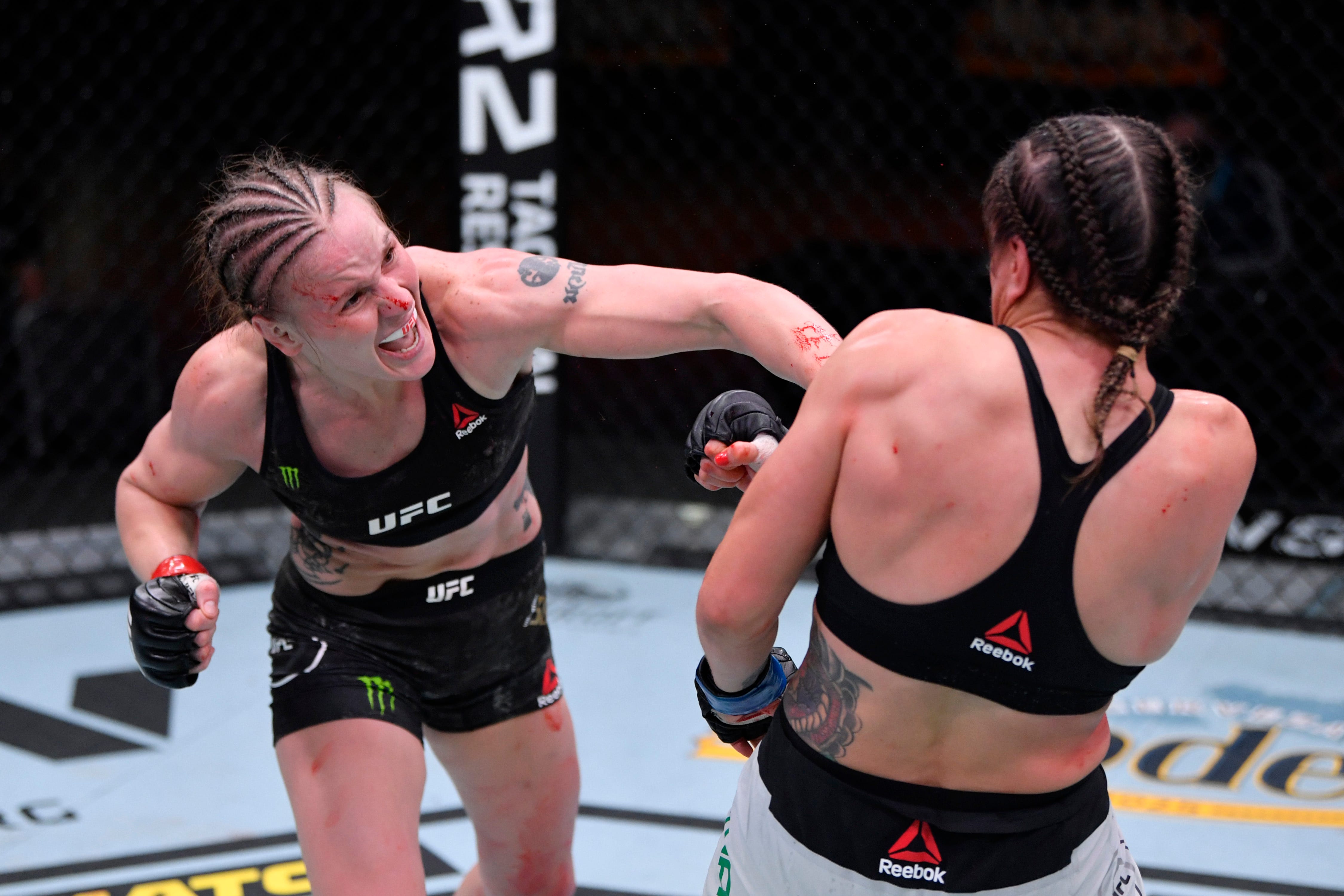 UFC flyweight champion Valentina Shevchenko proved why she was a large betting favorite at UFC 255 on Saturday, but challenger Jennifer Maia had kept her honest along the way.

Early in the opening round, Shevchenko took the fight to the mat. She remained on top of Maia for the remainder of the round but was never able to muster up any consistent, significant offense.

In Round 2, Maia denied Shevchenko’s attempt to grapple and put the champion against the fence. From there, Maia took Shevchenko to the mat and landed some punches. Maia rode out the round on top, earning a rare round victory over the champ.

Shevchenko shifted the momentum back in her direction in Round 3. After striking on the feet, Shevchenko tossed Maia to the mat and remained on top. Late in the round, Maia returned to her feet.

Round 4 was more of the same. Shevchenko softened Maia on the feet before she tossed her to the mat. Once on the ground, Shevchenko worked her way to half guard and landed ground-and-pound.

In the final round, Shevchenko landed some slick strikes that busted Maia’s face up and nullified the Brazilian fighter’s takedown attempts to put a stamp on her dominant decision win.

With the win, Shevchenko successfully defended her 125-pound title for the fourth consecutive time and extended her winning streak to six. Her only UFC losses came at bantamweight against current UFC bantamweight and featherweight champion Amanda Nunes in 2015 and 2017.

On the flip side of the equation, Maia, a former Invicta FC champion, finds herself back in the loss column after a rebound victory over Joanne Calderwood in August. Maia has lost two of her past three outings.

The women’s flyweight title bout was the UFC 255 co-main event at the UFC Apex in Las Vegas. It aired on pay-per-view following prelims on ESPN2/ESPN+.

MAIL ON SUNDAY COMMENT: Let’s raise a glass to hope and an end to the Covid nightmare

MAIL ON SUNDAY COMMENT: Let's raise a glass to hope and an end to the Covid nightmare