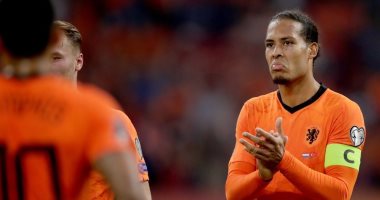 The captain of the Dutch national team, Virgil van Dijk, reassured the fans of Liverpool, after suffering a minor injury during the Netherlands team’s match against his Turkish counterpart, which ended with his team 6-1, in the confrontation that brought the two teams together on Tuesday evening at the “Johan Cruyff” stadium, in the sixth round of the tournament. European qualifiers for the 2022 World Cup.

After the match, Van Dijk posted a tweet on his Twitter page, saying: “Proud of the leadership today, great performance in all respects, what a great atmosphere too! Now is the time to return to Liverpool and prepare for the two difficult weeks ahead of the heart of orange.”

The goals came 3 in each watt, as the goals of the Dutch team were scored by Davy Claassen in the first minute, and the brilliant Memphis Depay (two goals) in the 16th and 38th minutes from a penalty kick.

Starve yourself and stay away from carbohydrates.. the most common myths about losing weight