A van driver has been jailed for eight years and eight months for causing the deaths of two ‘amazing parents’ after he fell asleep at the wheel following a night of drug-taking.

Robert Bateman, 36, and his 35-year-old wife Paula died when their Ford Focus crashed head-on into an Iveco Daily van on the A142 between Chatteris and Mepal in Cambridgeshire just after 8pm on September 3.

Their daughters 10-year-old Alexandra, known as Lexi, and 18-month-old Elizabeth were also in the car, and survived. 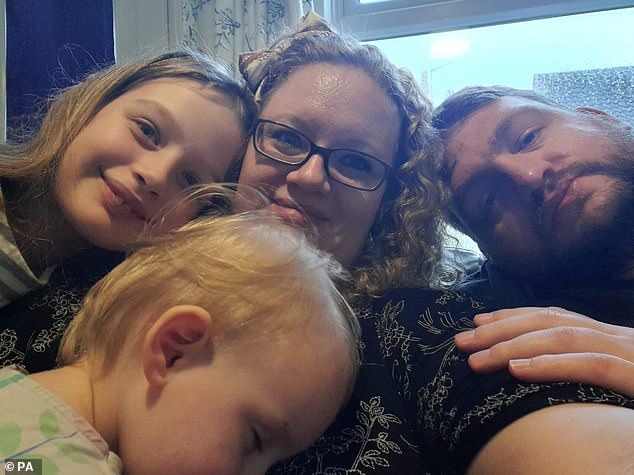 Robert Bateman, 36, right, and his wife Paula, 35, centre, were both killed, when Luke Norton, 31, of Nocton, Lincoln crashed into their Ford Focus on September 3. Their two children Lexi and Elizabeth, both pictured, survived the crash 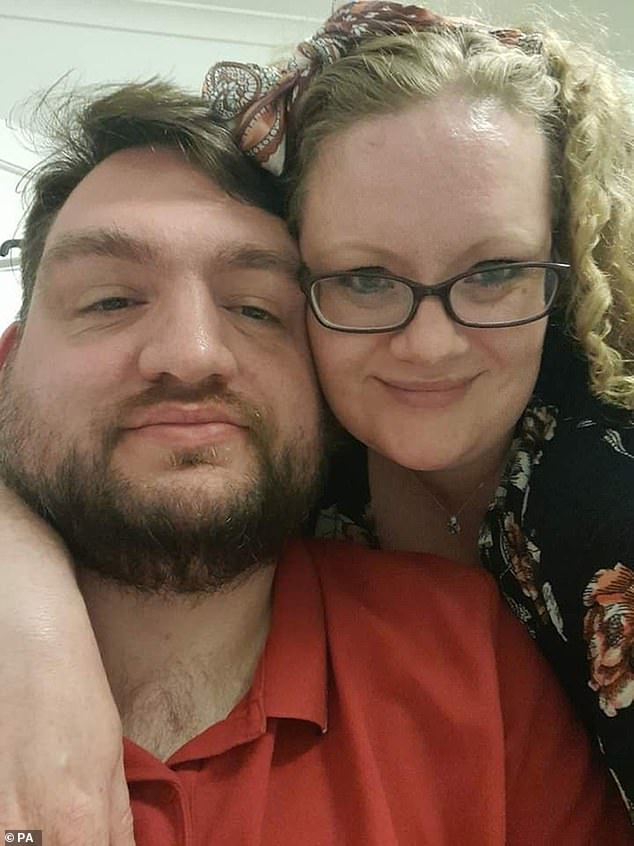 Luke Norton, 31, of  Nocton, Lincoln, admitted at Peterborough Crown Court on October 3 to causing the deaths of Mr and Mrs Bateman by dangerous driving.

Norton also pleaded guilty to driving a motor vehicle with an excess amount of the drug benzoylecgonine – the main metabolite of cocaine – in his blood.

John Farmer, prosecuting, said Lexi had not sustained any fractures in the collision, adding: ‘The child suffered substantial bruising so we offer no evidence on that count.’

He appeared in court by video link from HMP Peterborough for sentencing on Friday.

Mr Farmer said Norton had been driving ‘completely disorientated’ after he consumed ‘a large amount of cocaine and some heroin’ the night before the incident.

The court heard Norton ‘would barely have slept at all’ as phone records showed he made 15 calls through the night between 10.17pm on September 2 and 7.45am the following day, including a 20-minute call at 5.15am. 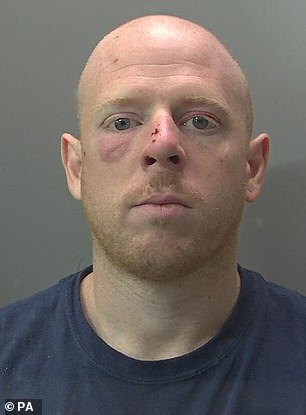 Mr Farmer said he drove directly across the road and head-on into the Ford Focus being driven by Mr Bateman.

‘There’s only one explanation, a combination of absence of sleep, drugs, disorientation, and he disintegrates into falling asleep,’ he said.

‘There’s no steerage, there’s no braking.

‘He just goes across the road, into the darkness, Mr Bateman had no time, hope or prospect of doing anything.’

Cambridgeshire Police said that in his interview Norton claimed he must have fallen asleep at the wheel, and offered this as the only explanation as to why he swerved into the other carriageway.

Mr Farmer told the court in the immediate aftermath of the crash, Norton got out and helped Lexi out of the car, when she asked a member of the public ‘is my dad still alive, please let my mum be alive’.

In a victim impact statement by Mrs Bateman’s mother Angela Harper, which was read out in court, she said her daughter was ‘loved by all’ and a ‘wonderful, caring and supportive person’.

When the pandemic hit, she said she saw the family-of-four five times since lockdown had eased, with the last time being six days before the couple died.

She described how Lexi ‘sat next to her dead father and watched her mother die’ while still having compassion to look after her younger sister.

‘Elizabeth will have no memories of her amazing parents, no knowledge of how fantastic they were and how lucky she was,’ Ms Harper said.

The couple had celebrated their 15th wedding anniversary nearly two weeks before the collision, on August 20, the court heard.

As he handed Norton an eight year and eight month jail term, Judge Sean Enright said: ‘You deprived two children of their parents.’

He said Norton caused ‘serious harm’ to Lexi as she witnessed the crash and ‘shouted for her parents’.

Norton was also disqualified from driving for 14 years and four months.

In a statement released after the fatal collision, Mr and Mrs Bateman’s family paid tribute to them, saying: ‘We are utterly devastated by this news.

‘Bob and Paula were much-loved friends to many and will be missed by everyone who knew them.

‘They were also utterly devoted parents.

Sergeant Mark Dollard, of the serious collision investigation unit at Cambridgeshire Police, said: ‘Many people, myself included, would struggle to think of a more truly heart-breaking case than one where two little girls lost their parents in a collision they too were involved in.

‘This is yet another case which highlights the utter devastation and life-changing impact someone can cause by getting behind the wheel after taking drugs.

‘Had Norton not done so, Lexi and Elizabeth could have grown up with their loving parents by their side.

‘It is beyond belief that in 2020 we still have to talk about the dangers of drink or drug driving; doing so truly shatters lives.

‘Whilst Norton felt he was safe to drive; the true reality was that he was anything but.

‘The risk he took will no doubt stay with him for life and this case should serve as a stark warning to others.’

Biden entered the White House, but the United States was not out of the crisis

Biden entered the White House, but the United States was not out of the crisis

Reuters Follow RT on Under the above heading, Sergey Petrov wrote, in "Komsomolskaya Pravda", about the...