Venezuelan cartoon has bizarrely-named superhero who looks like Maduro

Venezuelan caped superhero Super Bigote -or Super Moustache in English- has been launched in a propaganda campaign aimed at beefing up the reputation of the countrys moustachioed President Nicolás Maduro.

The cartoon character – who bears a striking resemblance to Venezuelas authoritarian leader – has divided the country into two camps and is either met with praise or critique, according to political affiliations.

The first episode of the cartoon, which aired in December, shows the hero SuperBigote tackling a US-launched electromagnetic drone sent to destroy Venezuela’s domestic electricity grid. 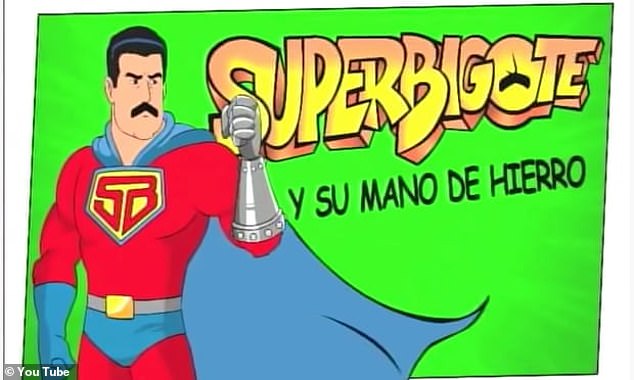 ‘We’ll destroy them at last! They’ll suffer! They’ll weep! They’ll be the global epicentre of the pandemic!’ the dastardly imperialist says in accented Spanish 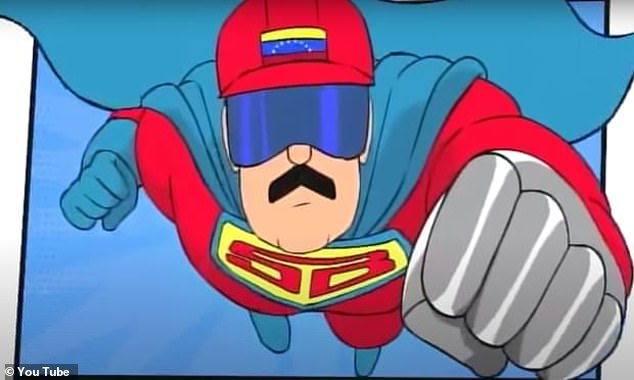 SuperMoustache tried to send Cuban, Russian and Chinese Covid vaccines to Venezuelan citizens in one episode of the cartoon

Supporters of Maduros regime hails the hero, who is wearing colourful blue underpants over his red tights, as he saves the South American socialist nation only using his iron left first against a supposedly Trump-inspred villain.

‘It’s fantastic! Don’t miss it!’ Luis Villegas Ramírez, Venezuelas deputy commerce minister, tweeted after the latest episode of the one minute cartoon aired, in which SuperBigote tried to send various Chinese, Russian and Cuban Covid vaccines to the Venezuelan population.

‘Nobody messes with SuperBigote,’ the state television channel VTV stated in an official Tweet shortly thereafter.

Meanwhile, those sceptic of the authoritarian leader´s ability to effectively run Venezuela in the face of humanitarian and economic disaster, such as opposition leader Julio Borges, quipped that ‘Super Destroyer of Venezuela’ would be a more fitting name for the character. 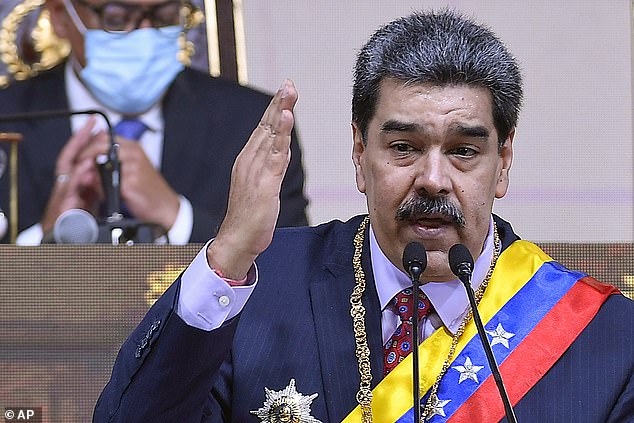 Some viewers of the new TV-series see it as a means to build a cult of personality around the dictator – or possibly an attempt at mind control by the 59-year old Venezuelan leader and former bus driver.

Others, like Venezuela specialist at the Americas Society/Council of the Americas, Guillermo Zubillaga, commented that there is a deeper meaning behind the design of the national cartoon phenomenon.

Zubillaga put it down to a PR tactic where SuperBigote highlights the strength of a leader who has managed to overcome a US-backed campaign against him ‘against all odds’.

NBA: The most prolific night in history: 26 players over 25 points

Trump Org valued golf course in Scotland at $161 million based on a quote to Forbes magazine and not a real valuation, NY AG says

Trump Org valued golf course in Scotland at $161 million based on a quote to Forbes magazine and not a real valuation, NY AG says