Vengeful stalker, 32, who branded her musician victim a rapist and tried to ruin his life is jailed

An obsessed stalker who bombarded a musician with thousands of abusive messages and falsely accused him of sexually assaulting her after they slept together once has been jailed for three years.

Reanne Phillips, 32, sent Franck Kouassi, 30, a singer-songwriter from London, 4,000 messages branding him a rapist and a paedophile in an ‘attempt to destroy his music career’, jurors heard.

She falsely accused the musician of fathering an imaginary child on the one occasion they slept together and sent him photos of a baby scan over social media even though there is no evidence that she was ever pregnant.

Phillips, from Wembley, north west London, then went to police claiming that Mr Kouassi had sexually assaulted her.

She breached orders preventing her from messaging him, turned up at his house and set up hundreds fake Instagram accounts to contact him including ones using pictures of his mother. 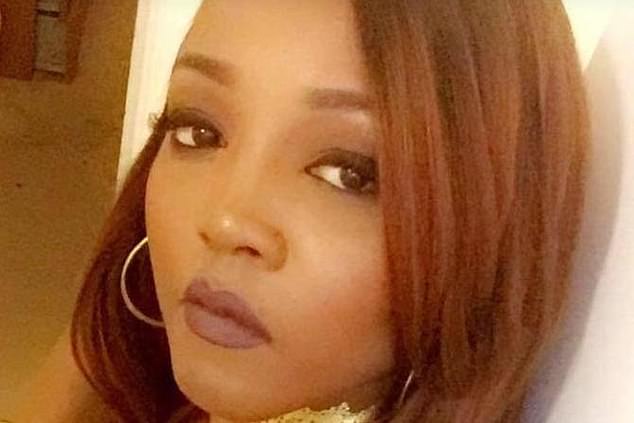 Reanne Phillips (pictured), 32, who falsely accused a musician of sexually assaulting her after they slept together once has been jailed for three years

In a stream of messages, Phillips said Mr Kouassi was a ‘dirty stinking African’ a ‘cheater’ and a ‘fraud’.

On Friday, Judge Molyneux sentenced Phillips to three years in prison and described her behaviour as a ‘campaign of harassment’ that ‘was intended to maximise fear and distress’.

Phillips’ behaviour caused Mr Kouassi ‘serious distress’ and he had ‘suicidal thoughts’ and was prescribed anti-depressants by his GP as a result of her actions, the court heard.

Mr Kouassi had to make adjustments to his lifestyle to avoid harassment, changing the time he travelled to and from work and being accompanied by a neighbour.

The harassment of up to 50 messages per day continued for a period of seven months between December 2019 and July 2020.

Phillips had denied stalking but was convicted by an Old Bailey jury after a retrial. The previous jury failed to reach a verdict.

Jurors head that Mr Kouassi met Phillips in the street when he was on his way to a radio interview.

The pair exchanged contact details on Snapchat and he suggested they went out for a drink in November 2018.

On the date they drove around Shoreditch before Phillips suggested going back to his home where they had sex.

Mr Kouassi said they had ‘normal conversations’ on social media afterwards but Phillips then became ‘demanding and aggressive.’

‘Sometimes she would send a lot of messages which I just had to ignore,’ he told the court.

‘Sometimes I was getting maybe 50 messages a day.’

Mr Kouassi blocked Phillips but she then attacked him on Instagram.

‘I noticed a a few accounts on Instagram calling me a rapist and a paedophile,’ he said.

When he called Phillips to tell her to stop she told him a ‘friend’ was responsible.

That Christmas Mr Kouassi went to his native Ivory Coast to see his family and opened Instagram to find ten fake accounts had been created. 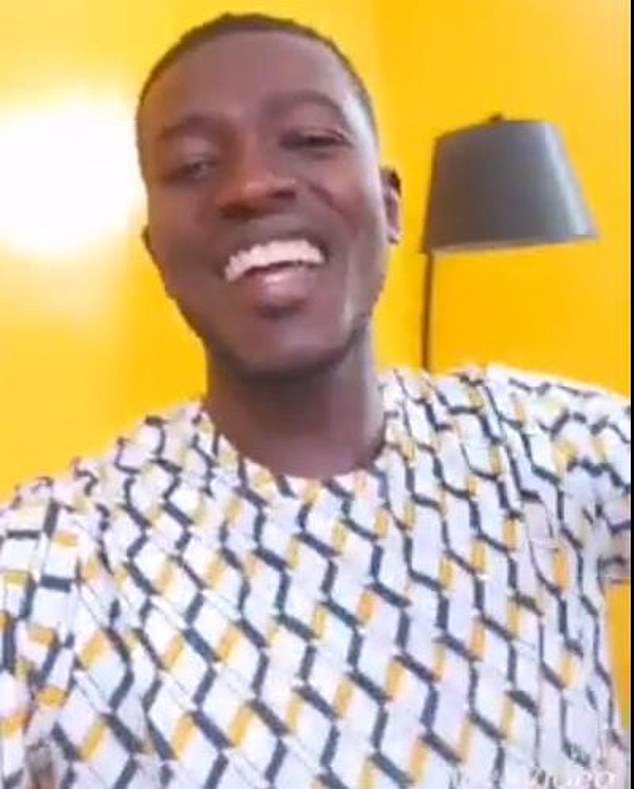 He said: ‘Someone had used a picture of my mum and created a fake profile. All my friends and associates were also receiving abuse.’

Mr Kouassi said he spent the Christmas holiday blocking the fake accounts and then went to the police when Phillips started sending him voice mail messages.

Mr Kouassi said: ‘I barely knew her. I just didn’t know why she was going to these extremes.

‘I had done nothing to this individual. I had never disrespected her. I was clearly dealing with someone who was obsessed.’

Mr Kouassi said he was sent 4,000 abusive messages to his phone and Phillips set up at least 900 fake accounts to attack him.

She was given a harassment warning on February 12 but the following day she went to the police claiming the musician had strangled her.

Mr Kouassi was arrested but no further action was taken.

Phillips then continued to harass him and on November 5, 2019 Mr Kouassi went to the police again.

In July 2020, Phillips claimed the musician had sexually assaulted her on the night they had sex 18 months before.

Michael Peters, for the prosecution, said: ‘The prosecution say this allegation was false and made to cause Mr Kouassi serious alarm and distress.’

James Wing, defending, claimed it was a ‘tit for tat feud’ between Phillips and Mr Kouassi, but the judge said this was not the case.

Judge Molyneux sentenced Phillips to three years in prison and described her behaviour as a ‘campaign of harassment’ that ‘was intended to maximise fear and distress’.

Phillips, from Wembley, north west London, was convicted of stalking the musician between 1 December 2019 and 4 July 2020.

The US Centers for Disease Control and Prevention says that as of July 27, 16 people in 12 states...

10 things we learned about Covid travel this week