Vertical tastings are how to expand your cheese knowledge

by souhaib
in Travel
0


There’s only one way to learn a lot about cheese – and it’s by eating a lot of cheese.

While an Instagram-worthy cheese board may be pretty to look at and the most popular plate at a party, it’s not really conducive to expanding your cheese knowledge. Tasting a nutty Alpine-style cheese, a stinky blue and a creamy brie all alongside raspberries, rosemary and charcuterie is not going to help you find your new favorite cheese. Too many flavors, too little time.

When it comes to setting up a vertical tasting, you have a few options: 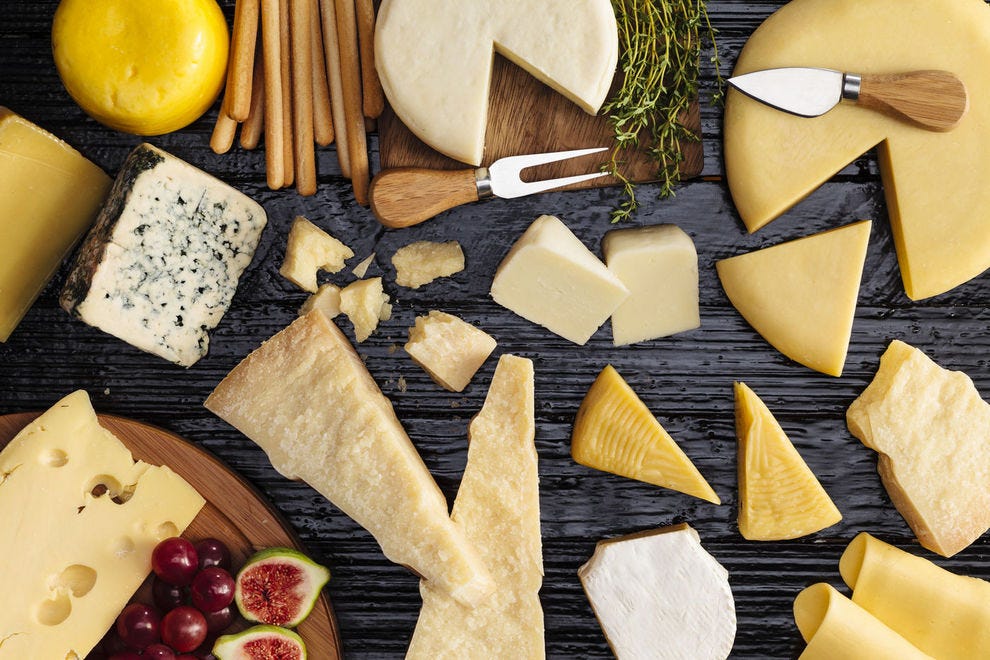 Select the same cheese at different points in the aging process or the same style of cheese made on different days. A tasting like this allows you to really taste how different flavors develop as a cheese ages. 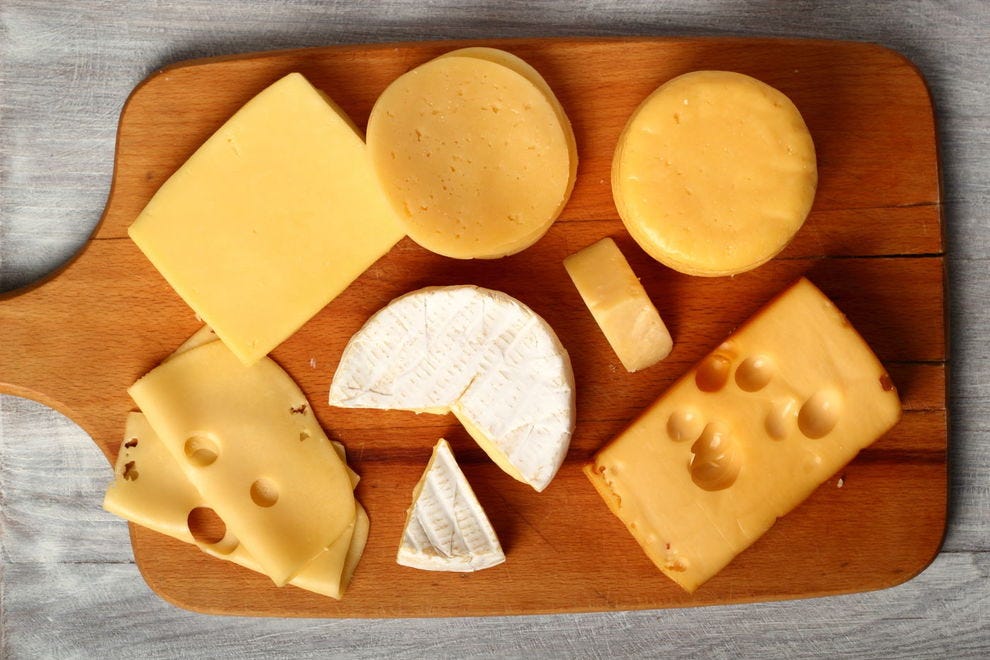 Tasting the same cheese style from different producers allows you to explore the role geography plays in taste. How does a cheddar made in Vermont differ from one made in Wisconsin? This is where you’ll notice how the weather, grass and grazing habits of the cows, among other variables, can all play a big role in how a cheese tastes. 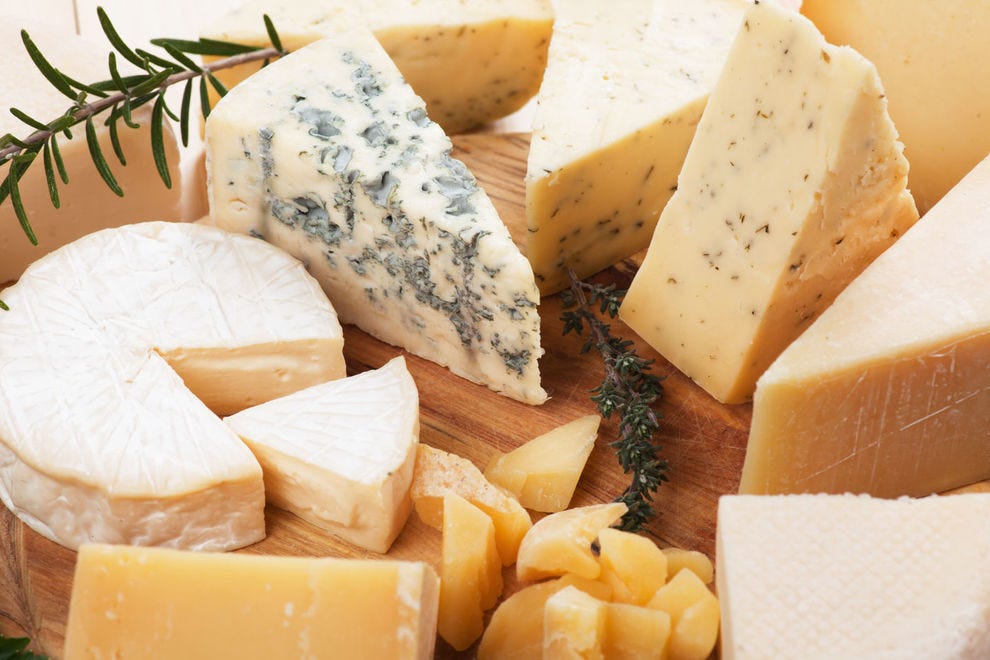 Renowned cheese expert Liz Thorpe created the concept of Gateway Cheeses. Basically, it’s the idea that there are nine well-known cheeses with specific flavor and texture associations that serve as the gateways to hundreds of cheeses with similar – but more intense – qualities. This way of tasting allows those new to cheese to start with something they know and like, eventually finding other cheeses with the same qualities to add to their cheese repertoire.

Gateway cheeses include brie, cheddar, mozzarella, havarti, manchego, taleggio, parmesean, blue, swiss and misfts such as goat cheese. Below is a sample vertical tasting using this concept, focusing on brie as a Gateway.

A goat’s milk brie provides a lighter alternative to the typical cow’s milk version. You’ll immediately notice that it has the classic bloomy rind of a brie, but is lighter in color, because goats convert the carotene in the grass and hay they eat into colorless Vitamin A – something that cows don’t do.

A goat’s brie is a little sweeter, and much less stinky, than brie made from cow’s milk. Most goat’s milk bries have a tangy flavor typically associated with goat cheeses. You can pick up a great goat’s brie at Trader Joe’s. Alternatively, Laura Chenel and Woolwich Dairy have goat’s brie commonly found at your local grocer.

Being a few notches lower on the stinky spectrum, Green Hill from Sweet Grass Dairy offers an even creamier alternative to the classic brie we all know and love. Sweet Grass Dairy uses the rotational grazing method, so its cows are always snacking on fresh grass. Rotational grazing, plus the carotene in grass they eat, contributes to the strong yellow color of the cheese’s paste.

The cheese has a creamy texture and grassy flavor. Sometimes there are even notes of mushrooms. The stronger flavors in this double cream really shine.

You can find Green Hill online, or at a specialty cheese shop like Murray’s Cheese in New York.

Because cheese made with unpasteurized milk and aged less than 60 days (which brie is) is illegal in the United States due to FDA regulations, Fromage de Meaux is the closest you can get in the U.S. to a true brie. Fromage de Meaux is made with pasteurized cow’s milk and has the bloomy, mold-ripened rind you’d expect from brie. The cream is the color of straw, but not quite as yellow as Green Hill.

From Fromage de Meaux, you’ll get mushroom or truffle aromas, but its bark is way worse than its bite. Smoke, salt, cream and mushroom come through when tasting this cheese, and you’ll be left with a bit of a sour aftertaste. It’s a luxurious cheese that really makes you notice how much tamer the first two cheeses are.

Fromage de Meaux can be found at most specialty cheese shops; however, be careful you don’t just go with a “brie” from the grocery store cheese case! Those are much more bland than the traditional Fromage de Meaux and don’t have nearly the same flavor profile.

See Reykjavik from afar on this virtual tour

Samsung introduces its new phones "without a charger" ... and these are their prices

Tullamarine family: How a 'depressed' mum abruptly quit her job before being found dead

Biomutant Release Date Set for May

Woman is stunned after realising that Sir Paul McCartney PHOTOBOMBED her

Bin Salman and Saleh discuss relations between Riyadh and Baghdad

Here’s why Bed Bath & Beyond, AMC, and GameStop stocks are rocking the stock market

Reuters GONZALO FUENTES Paris.Follow RT on Today, Tuesday, the French health authorities announced that they had...

Biomutant Release Date Set for May