By Kamal Sultan For The Daily Mail

Veterans are among hundreds of families facing eviction after the Ministry of Defence ordered them to move out of former military houses.

Private firm Annington Homes owns the freehold for the affected 350 properties across 14 former barracks in England and Wales. It leases them to the MoD at a 58 per cent discount.

Residents received an eviction notice on September 9 which said their lease would be terminated by the end of March 2021. The move has been taken to reduce the size of the MoD’s married quarters estate. 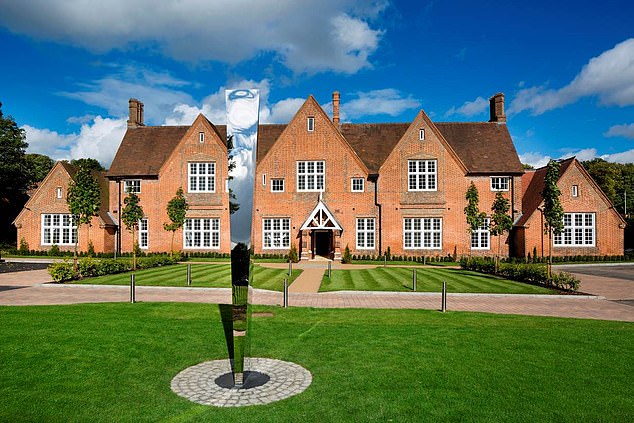 Private firm Annington Homes owns the freehold for the affected 350 properties across 14 former barracks in England and Wales. Pictured: A general view of Annington’s Union Buildings in Aldershot

Keith Lawrence, 51, served as an Army corporal for 24 years before he moved into a rented military property in Lyneham, Wiltshire, with his wife Kathy three years ago.

The couple, who live on the same street as six other veterans, were one of more than 59 households in the area told to move out. Mr Lawrence, who suffers from PTSD and depression, said: ‘I spent 24 years of my life in the Army and I feel the MoD don’t care.’

Annington Homes’ boss, James Hopkins, suggested the MoD return some of its 10,000 empty properties instead.

An Annington Homes spokesman said the decision ‘is the MoD’s alone, and we were not consulted on it beforehand’.

The evictions were raised by Labour MP Nick Smith at a hearing of the Commons Public Accounts Committee yesterday (MON).

He said it was a ‘shocking story’ that he warned ‘will affect many places across the UK’.

Tory MP Gareth Bacon added that he had been told by Annington Homes it was an MoD decision and they were ‘baffled’ as to why it was happening.

Sir Stephen Lovegrove, Permanent Secretary at the MoD, said he was not aware of the evictions.

Labour’s shadow defence secretary John Healey said evicting the families of former servicemen is a ‘new low’ for the MoD. 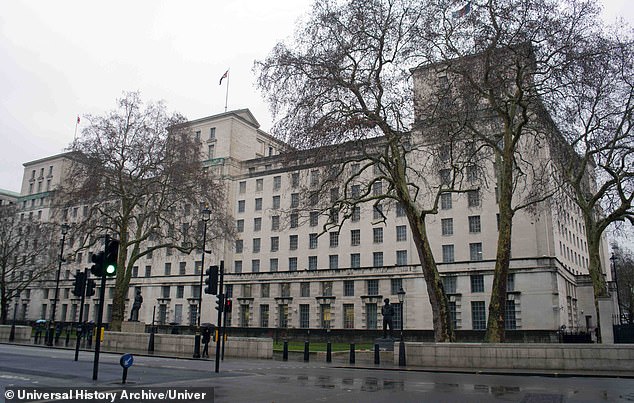 An Annington Homes spokesman said the decision ‘is the MoD’s alone, and we were not consulted on it beforehand’. Pictured: The Ministry of Defence main building

He said: ‘It beggars belief that defence ministers are evicting Forces families in the middle of this continuing Covid crisis, especially in the run-up to Christmas.

‘The MoD has been failing military families on housing for years, but this is a new low. The Defence Secretary must step in and stop these evictions.’

A MoD spokesman said: ‘We are committed to the wellbeing of our veterans and have recently published guidance for local authorities to improve access to social housing and allow service leavers to remain in surplus military accommodation, where available, for up to a year after they leave.

‘Civilian tenants who rent homes that are temporarily not required for service personnel sign up to two months’ notice.

‘However, in recognition of the extraordinary circumstances faced by tenants during the Covid-19 pandemic we have extended the Notice to Vacate period to 12 months.

‘This provides up to a year for the MoD to work with Annington Homes to whom the houses are being returned.’

The spokesman added that the MoD would like to transfer the homes back to the private firm with the sitting tenants.