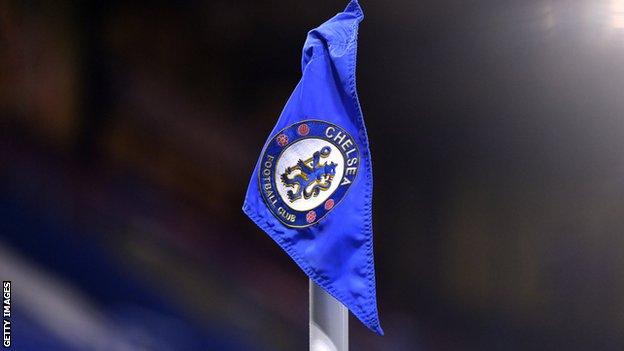 Victims of alleged historical racist abuse at Chelsea say they still do not know if former coach Gwyn Williams has been punished by the Football Association.

Despite a Chelsea apology, several former youth team players are taking the club to the High Court seeking damages.

But the FA has not published findings of its own investigation into Williams for safeguarding reasons.

It has left former players, who were children at the time, saying they have “no faith” in the FA.

One has also questioned why Williams’ name was not included in the Sheldon Report despite accusations that he touched players’ genitals.

BBC Sport has been told by two players that Williams would “flick you in your balls” and “grab and squeeze your genitals”.

Williams has denied all allegations.

Clive Sheldon QC, who published his 710-page report into historical sexual abuse in football last week, spoke to one of the former young Chelsea players, the BBC has been told. But he did not use the account because that person had not contributed to the Barnardo’s investigation, which Chelsea commissioned.

The complainant said: “I have no faith in the FA investigation. Williams was able to read my allegations yet I was told by the FA that they are unable to disclose their findings to me.

“To this day, the FA’s decisions still haven’t been published and never will be in all likelihood.”

He also said he felt like “a non-survivor” after Williams did not appear in the Sheldon report.

“Let’s not hide behind a smokescreen,” he added. “Abuse is abuse whether it is racial or sexual. The racial abuse was horrendous and it’s there. However, there is a sexual abuse case as well.

It is understood Sheldon would have classified this behaviour as sexual abuse and hence within the scope of his investigation, given similar allegations of ‘hazing’ – where the primary motivation is to humiliate or intimidate the survivor – were considered in his review, which covered cases from 1970 to 2005.

But because the complainant did not contribute to the Barnardo’s review, there was no club-led conclusion to his allegations that could be commented on.

The FA said it was unable to comment on individual cases, and said disciplinary measures could be taken without them being made public.

It also said it took allegations of racism and sexual abuse seriously.

The former player said: “It always feels that second chances must be given to abusers rather than thinking about the impact on victims.”

Another former player called for a public inquiry into racism in football and said: “The FA should publish decisions if they want people to disclose racial abuse.”

The FA said recent disciplinary cases had been made public but they were subject to a different process to safeguarding cases.

The players’ lawyer Zahra Awaiz-Bilal, of Bolt Burdon Kemp, said: “My clients continue to be failed by a system which they were once proud to be a part of.

“The FA cannot possibly be learning from its past mistakes when it continues to make them now. Its lack of transparency in the investigation of Williams is shameful and in sharp contrast to the courage shown by my clients.

“The least the FA can do now is to acknowledge the abuse my clients suffered, without equivocation.”

Chelsea have said they are “completely committed to providing support to survivors of abuse and ensuring that all our former players are offered holistic support”.

Key levels to watch ahead of the UK CPI data

The United States .. fired a principal because he forced a "dark-skinned" student to kneel to offer an apology