Victoria has gone one week without a locally-acquired coronavirus case after the New South Wales outbreak jumped the border.

The state reported zero local infections and three in returned travellers in hotel quarantine on Wednesday, after 17,908 tests were conducted.

There are currently 35 active cases across Victoria.

The latest data comes after more than 31,000 permits to enter Victoria were approved by the state government since launching its new ‘traffic light’ system on Monday evening. 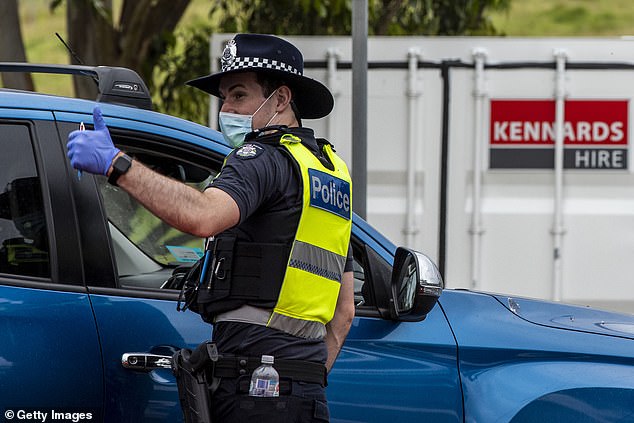 Victoria has gone one week without a locally-acquired coronavirus case after the New South Wales outbreak jumped the border. Pictured: A Victoria Police officer gestures to colleagues at a border checkpoint

But the Morrison government have reignited concerns over state border closures as Australians grapple with inconsistent travel restrictions in different parts of the country.

Acting Prime Minister Michael McCormack is concerned Victoria didn’t consult the federal government on its new permit regime, which categorises all areas of Australia as either red, orange or green based on virus risk.

Greater Sydney remains classified as a red area for entry to Victoria, meaning it’s not possible without completing two weeks of hotel quarantine.

But the Northern Territory and the ACT have relaxed rules for some parts of Greater Sydney.

There is no consistent approach one year into the pandemic with the latest outbreaks sparking snap closures of state and territory borders. 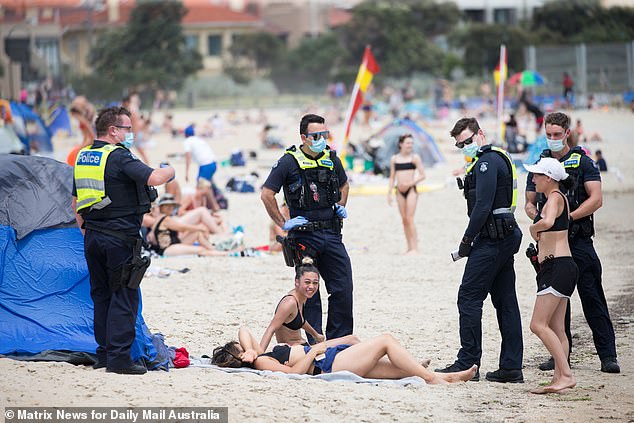 ‘The risk is not of transmission from one state to another in any material or significant way,’ he told reporters on Tuesday.

He said taking the unrealistic step of closing all international borders was the only way to eliminate virus threat.

‘No export of wheat, or wool, or iron ore. No import of critical foods or critical medicines. No families being reunited,’ Mr Hunt said.

There were six locally acquired coronavirus cases in Australia on Tuesday – five in NSW and one in Queensland – compared to 600,000 globally.

‘That’s where the point of challenge and risk is. That’s why we have very strict, and in many cases, heart-wrenchingly difficult limitations on people coming to Australia,’ Mr Hunt said. 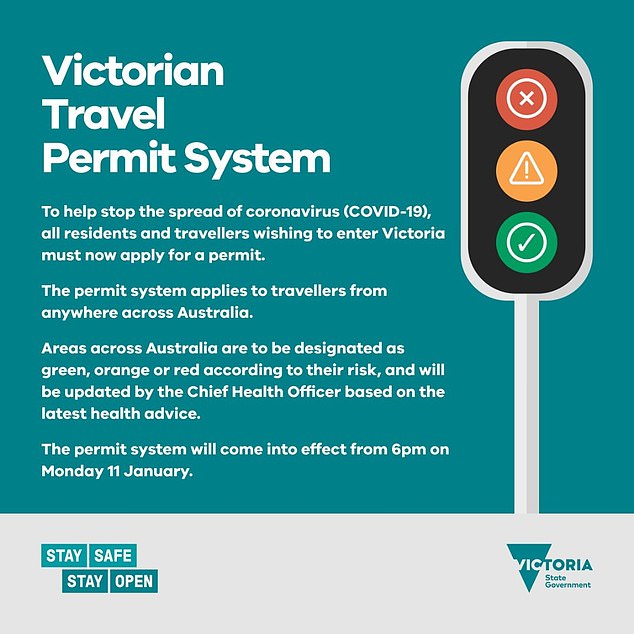 The Victorian government expanded its ‘traffic light’ scheme to the whole of Australia on Monday, designating regions as green, orange or red zones based on their coronavirus risk profile

The Papers: 'Millions face lockdown' amid fears for economy

Hillary Clinton calls for a 'global reckoning' with disinformation as she joins Donald Trump in demanding...