Victoria has recorded one new local case as the state enjoys its first weekend of travel freedom after 25km movement limits were placed on Melbourne city dwellers during its stage four lockdown.

At the same time mask usage on Sydney’s public transport network will be mandatory for at least five days after another local Covid-19 case popped up in a man who had ‘fleeting exposure’ from an infected shopper.

The man in his 50s caught the virus while shopping at Myer Bondi Junction on Saturday last week.

He was on the same floor in the same section as a limousine driver believed to be at the centre of this week’s outbreak. 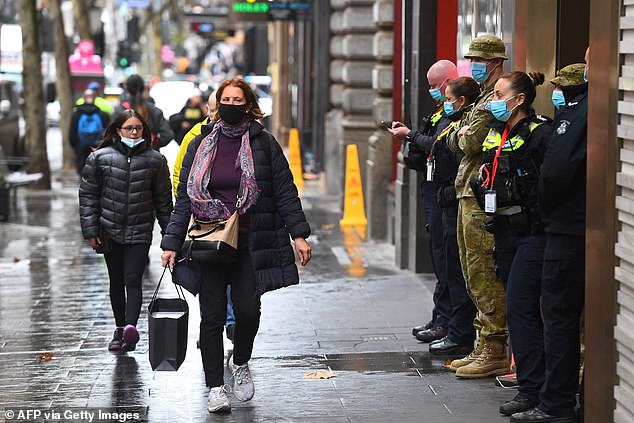 NSW Chief Health Officer Kerry Chant said it appeared the limousine driver had passed on the Delta strain of the virus with just fleeting contact.

Queensland and Tasmania on Friday responded to the development by tightening border restrictions, with Queensland declaring a virus hotspot from 1am on Saturday in Sydney’s Waverley council area.

Tasmania will block entry for those who attended any NSW exposure site.

‘This indicates that the initial case was highly infectious as transmission must have occurred through fleeting exposure,’ Dr Chant told reporters.

‘(This is) noting that the person who caught the infection at the cafe was seated outside and there was no known (contact) with the initial case.’

As a result, mask usage is again compulsory on Sydney public transport until at least Thursday, Premier Gladys Berejiklian announced.

‘Some people for some reason aren’t contagious and some are extremely contagious … the randomness of that is what makes it scary,’ she said. 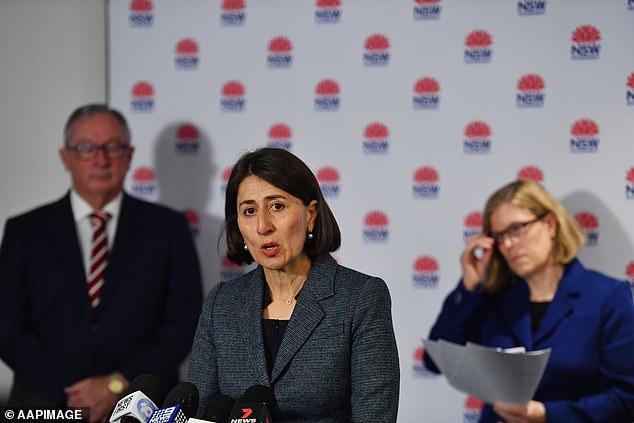 As a result, mask usage is again compulsory on Sydney public transport until at least Thursday, Premier Gladys Berejiklian announced

The new case comes after an unvaccinated limousine driver from Sydney’s east and his wife were diagnosed with the coronavirus and subsequently infected a woman in her 70s at a Vaucluse cafe.

Another case – a man in his 40s from Sydney’s northwest – also tested positive for Covid-19, but NSW Health has not yet concluded if the case is genuine.

The man in his 50s will be included in numbers released on Saturday.

NSW Health on Friday evening listed a number of new Covid-19 exposure sites including the level five food court at Westfield Bondi Junction, as well as level four and the bus interchange near the centre.

Western Australia and South Australia previously shut the border for those who attended NSW virus exposure sites, while Victoria has tightened restrictions for residents of the City of Sydney, Waverley and Woollahra council areas.

New Zealand Prime Minister Jacinda Ardern confirmed on Friday that quarantine-free travel will continue with NSW for the time being.