Victoria has reported another five new local coronavirus cases, including two that were announced late on Tuesday.

The state’s health officials said three cases were also acquired overseas from 17,538 tests in the past 24 hours.

Three of the cases are linked to known outbreaks, Victoria’s Department of Health said.

The latest figures come as Melbournians wait anxiously to find out whether the lingering social distancing restrictions following the city’s latest outbreak will remain in place. 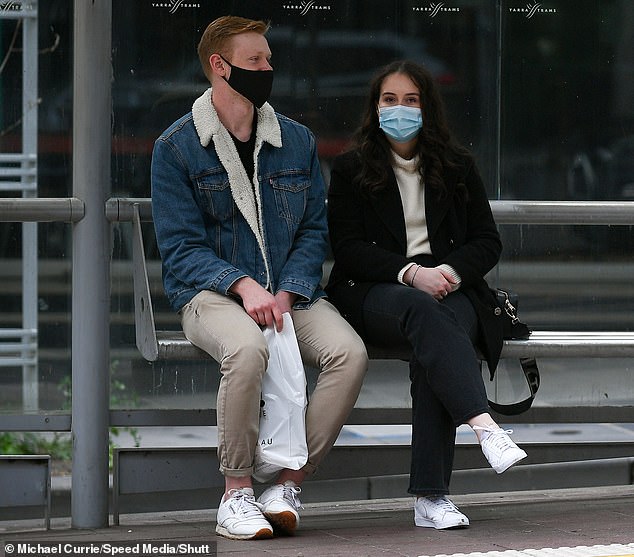 A couple wait for a tram on Bourke Street in Melbourne on June 10. Victoria has reported another five new local coronavirus cases, including two that were announced late on Tuesday

The city’s five million residents are still banned from hosting home gatherings and must wear masks outdoors as well as follow a strict 25km travel limit.

The state on Tuesday afternoon recorded two shock new cases of coronavirus linked to a townhouse where an aged care worker tested positive.

Health Minister Martin Foley confirmed the new cases were linked to the Kings Park Apartment Complex on Dodds and Wells Streets in Southbank.

The cases, both men, will be included in Wednesday’s tally – as a mass testing initiative of the building is now underway.

More than 200 people have been tested so far and the building is locked down until they confirm it hasn’t spread further. 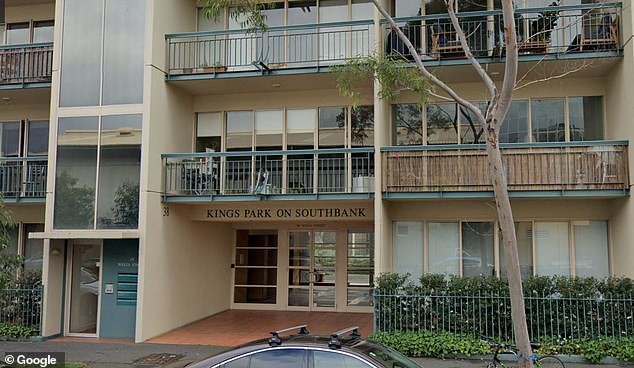 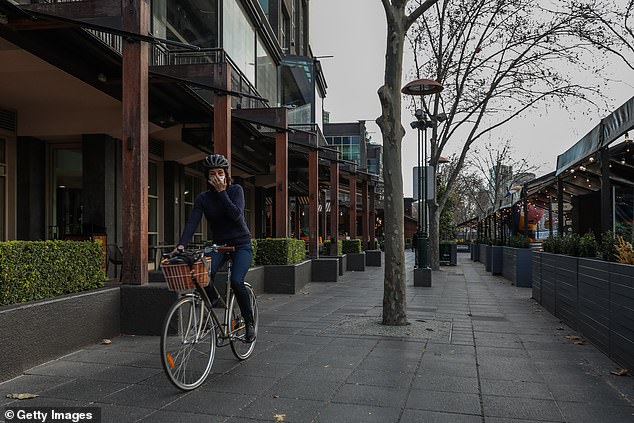 He said the chance of spreading between apartments was low and supported the idea of people remaining in their flats despite problems with cross-infection in hotels.

‘We don’t have any evidence of apartment-to-apartment transition like in hotel quarantine,’ Weimar said.

‘I don’t think we see the direct parallels.’

Hundreds of people who live in the low-rise complex were forced into self-isolation on Sunday, after authorities established a link between two previous coronavirus cases who live there.